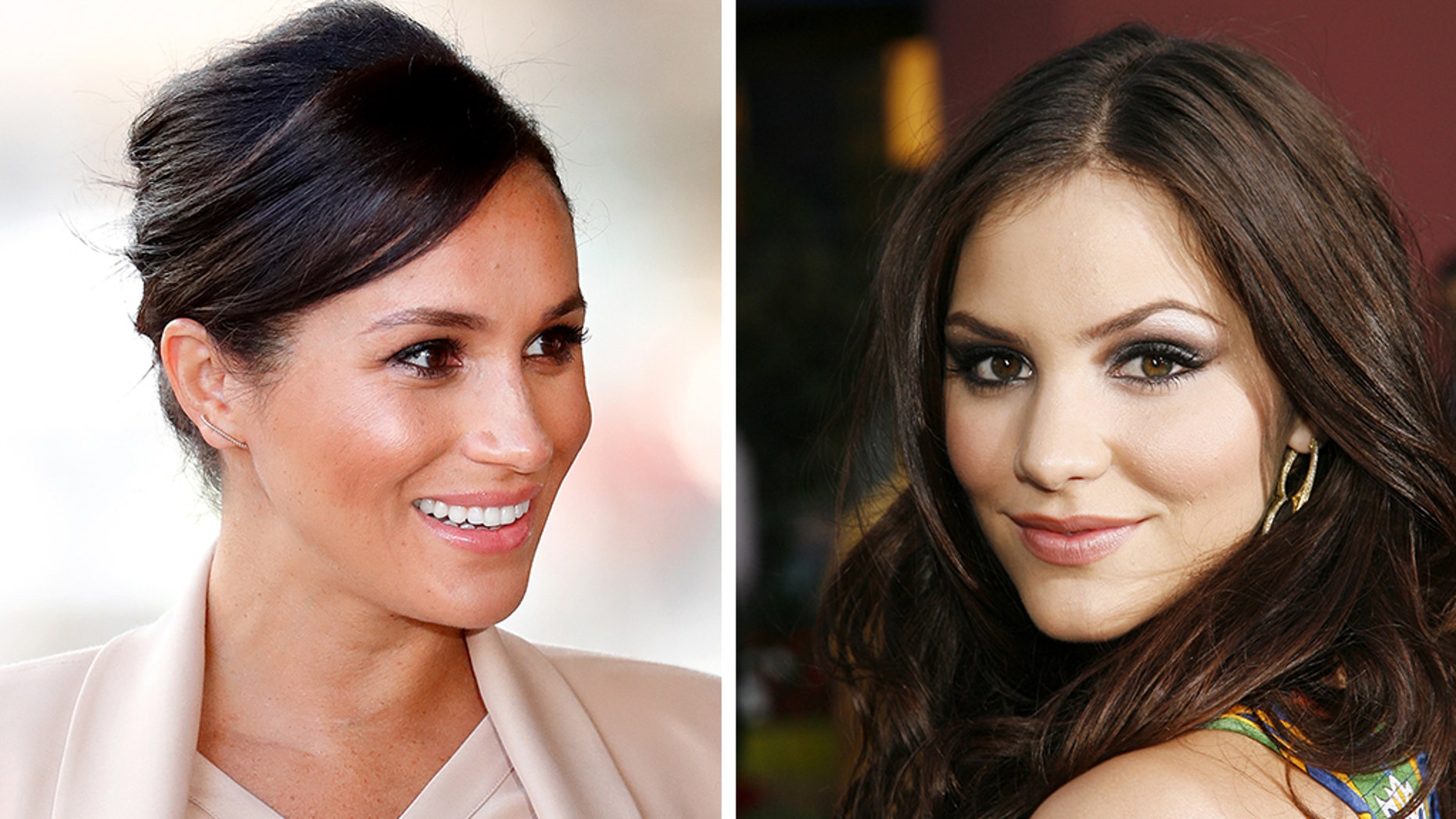 The 34-year-old actress went on Instagram where she posted an old picture of herself with Meghan Markle, which featured both ladies rocking costumes and bright red lips while smiling for the camera.

"Meghan and I did musicals together as kids," McPhee captioned the snap. "She grew up to be the Duchess of Sussex and I grew up to star on the West End, so same life if you ask me. #TBT."

It's unclear when the photo was taken but McPhee and Markle, 37, were both raised in Los Angeles where they pursued careers in entertainment.

For McPhee's part, the actress-singer rose to fame in 2006 earning the runner-up spot on the fifth season of "American Idol." She went on to land starring roles on "Smash" from 2012 to 2013 and "Scorpion" from 2014 to 2018. In July, it was revealed that McPhee and her boyfriend, music mogul David Foster, were engaged.

KATHARINE MCPHEE TEASED BY FUTURE STEPDAUGHTER SARA FOSTER, WHO'S OLDER THAN SHE IS

Meanwhile, Markle made a handful of small TV appearances before she was cast as Rachel Zane in 2011 for the legal drama series "Suits."

Markle ultimately left the entertainment industry and her acting career behind following her November 2017 engagement to Prince Harry. The royal couple wed five months later and are expecting their first child together.

This Is Us Sneak Peek: Is This the True Beginning of Randall and Kevin's Rift?

Coronavirus spead quickly around the world in late 2019, study shows