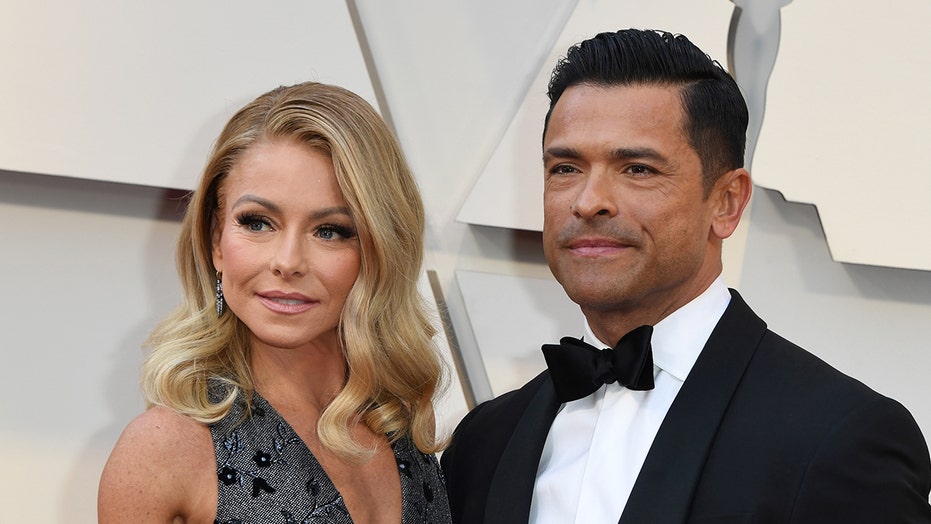 Kelly Ripa is a proud wife.

The morning show personality, 49, posted a photo on social media of her bare-chested husband, Mark Consuelos, getting a sweat at a gym with his "Kingdom" co-stars Jonathan Tucker and Mac Brandt.

"Warning: this show is brilliantly written, beautifully acted and jam packed with male nudity, you've been warned," she wrote.

The drama series dropped on Netflix on July 1 and is about a retired MMA fighter. It originally ran from 2014 to 2017 on Direct TV.

Consuelos previously told Entertainment Weekly that working with "Kingdom" showrunner Byron Balasco was a great experience. “It’s not often that you get someone that writes characters like this, even secondary and tertiary characters off to the side," he said. "They’re really full and interesting."

Consuelos' only problem was his age. "Guys still think we’re 18 years old at all times, which is hilarious," he joked.

Ripa and Consuelos returned to New York after spending several weeks in the Caribbean during the coronavirus pandemic lockdown.

The couple and their three children, Michael, Lola and Joaquin, were supposed to be on a short beach vacation but ended up sheltering in place when flights were canceled because of the outbreak.

Ripa began carrying out her daily "Live" hosting duties from the tropical destination.

"It was supposed to be a two-week trip and we wound up getting right back to work. Ryan [Seacrest] and I both decided it was better to do the show because we just felt like with everything going on in the world that perhaps, some normalcy just doing what we normally do, even though it was like in very unusual circumstances, would be the best thing for us," she explained.

'Spider-Woman in the MCU? Fans' Biggest Clue Marvel and Sony Will Work Together Again