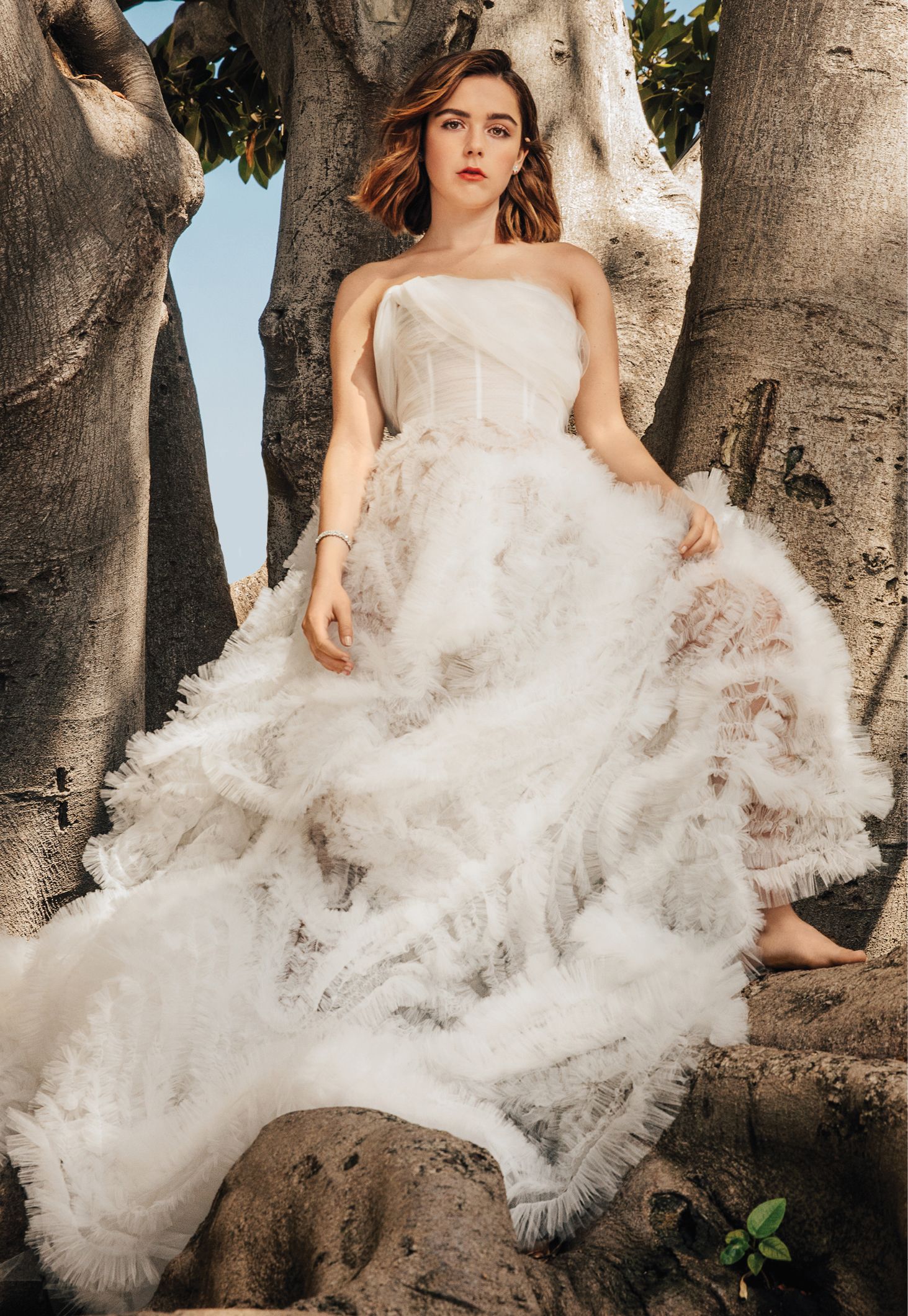 Twenty is a delicate age. Turning 20 means embracing the eggshell wedged between teenagehood and the rush that comes from turning 21. Being a teenager had started to feel so easy, and it seems that as soon as we get good and comfortable with an age we are asked to part with it. As I arrange the ghost of my teenagehood, I keep stirring over the same questions: What does 20 mean to the tides rising? Does the river realize my age? Will the ballot bring up my birthday? When I am caught up in a cycle of questioning, my first instinct is to share it. Then it is no longer the scary question keeping me up at night but a moment of collaboration. I talked to Yara Shahidi and Kiernan Shipka about seeing 20 as a turning point.

KARA JACKSON: How do you feel about turning 20?

KIERNAN SHIPKA: It feels more emotional than 21 in a lot of ways because you’re shedding your teenage years. I love new beginnings and the idea of fresh starts and renewal. So I’m excited.

YARA SHAHIDI: I’m a little nervous, but I’m also looking forward to what another revolution around the sun will bring.

Kara: Do you ever feel like in some ways you’ve been rushed into adulthood? Because you started your careers early, are certain expectations put on you?

Kiernan: I was on Mad Men from the time I was seven, and I was always treated as just one of the actors. I never felt talked down to, and I think that kind of allowed me to come into my own power.

Yara: I agree with that. I’m grateful to say that I work in environments where most people do view me as a collaborator, but there were times when I’ve had to remind people, “Hey, I’m a minor. I have an awesome team you can talk to about this, who is there to protect me.”

Kara: Kiernan, you currently star in Chilling Adventures of Sabrina as a teenage witch who seeks revenge on the patriarchy. Have you seen yourself take that intention offscreen?

Kiernan: Absolutely! Sabrina has definitely rubbed off on me. She’s extremely outspoken, and I’ve found myself apologizing much less and asking for what I need much more. 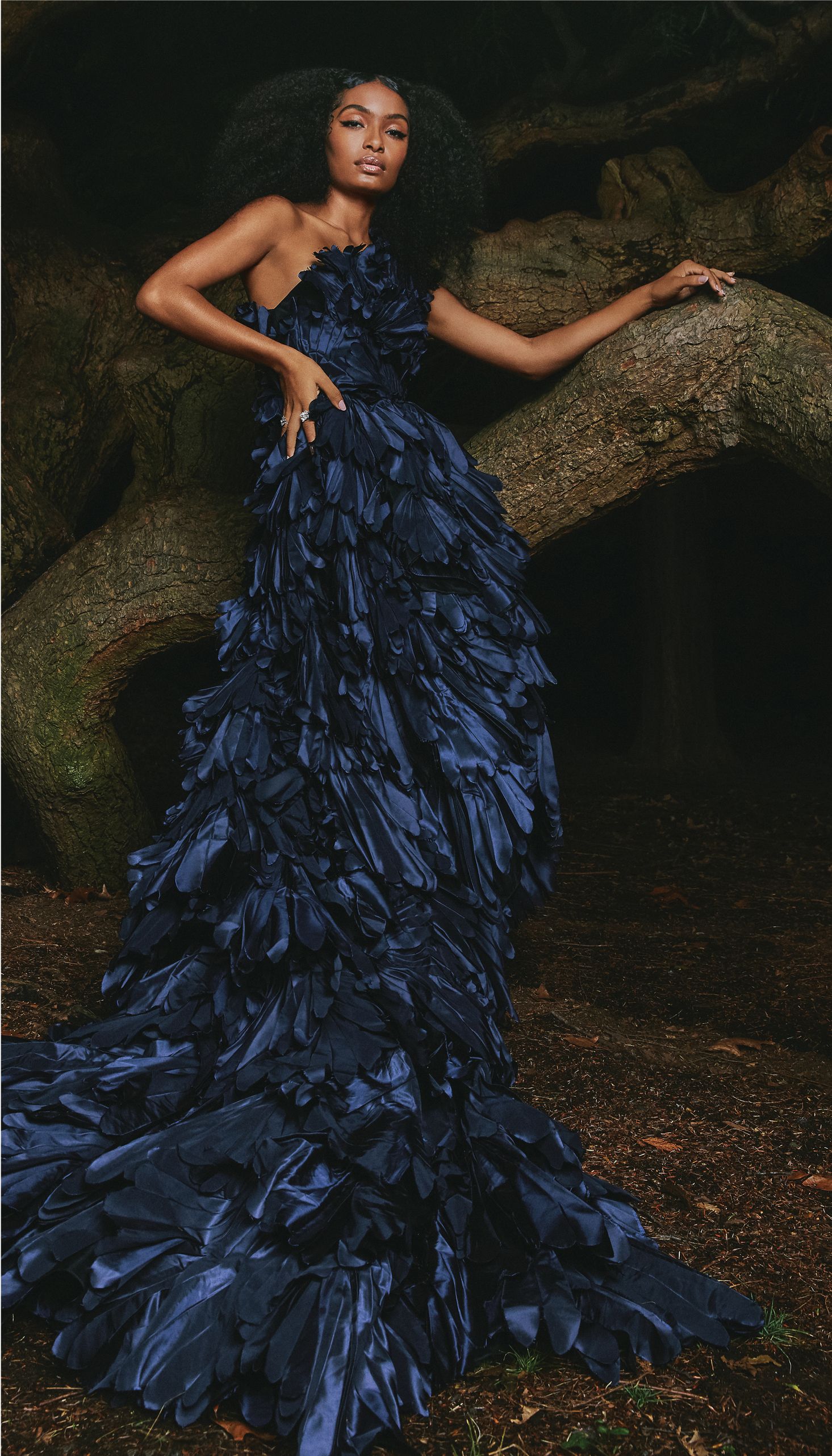 Sabrina has definitely rubbed off on me. She’s extremely outspoken, and I’ve found myself apologizing much less and asking for what I need much more.
Keirnan Shipka

Kara: Yara, you star in Grown-ish, which follows the lives of young people of color as they navigate college. What do you think the value is of presenting their narratives in an academic context?

Yara: It reinforces the idea that we can exist in all these different spaces—in an academic world, a social world, a world with oppression, a world with successes. Each character is young and proud of the community they’re part of, but no one is monolithic. Everyone is an individual.

Kara: Kiernan, you’ve decided not to go to college. I was wondering how you approach learning in a setting outside of academia?

Kiernan: Constantly enriching myself is really fulfilling, and I believe I can get that without college. Thanks to the Internet, it’s ridiculously easy to educate ourselves about any kind of topic.

Kara: I watched Greta Thunberg’s speech at the U.N. Do you think that youth today are collectively threatening the ivory tower­?

Kiernan: Yara had a voter-registration party for her 18th birthday, which I think is pretty badass.

Yara: So many major social movements throughout history have been led by young people. Take, for example, Congressman John Lewis, who was only our age when he helped lead some of the first sit-ins and Freedom Rides of the ’60s. There is power in being young. We get the privilege of feeling that everything is malleable.

There is power in being young. We get the privilege of feeling that everything is malleable.
Yara Shahidi

Karea: Speaking of John Lewis, who is part of the government establishment now, how can older generations be allies to young people?

Yara: By acknowledging that young people have valid points. It’s downplayed just how well informed about the issues we are. At the same time it’s crucial that we find ways to partner with the generations prior to us who have done and continue to do the same work.

GET THE LATEST ISSUE OF BAZAAR

This article originally appears in the Dec-Jan 2019-2020 issue of Harper’s BAZAAR, available on newsstands November 19.

Emily Simpson: The stunning transformation of the Real Housewives of Orange County star