Kim Kardashian and Paris Hilton are back together on the new episode of ‘KUWTK,’ as the former BFF’s reminisce about desperately Kim wanted a magazine cover back in the day.

What a perfect way for the final season of Keeping Up With The Kardashians to end, by having Kim Kardashian, 40, reunite for a tea-spilling session with her aughts BFF Paris Hilton, 40. The pair get together to discuss the campaign for Kim’s SKIMS brand velour tracksuits, and the two ladies end up throwing it back to talking about how badly Kim wanted to be on a magazine cover so desperately in their aughts days. That was when the certified billionaire businesswoman was still just known as Paris’ partying sidekick. You can see a sneak peak of the video here.

Paris is seen arriving at Kim’s home in a leopard print short sleeve crop top and matching pants, with her long blonde hair in glam, wavy curls. “Hi! How are you? I texted you earlier, I think I have the wrong number,” Kim tells Paris, who replies in her couldn’t be bothered tone of voice, “I have like five phones, so it might be one of those.”

Kim goes on to discuss in a confessional how she came up with the idea for getting together with Paris to do the SKIMS velour tracksuit photoshoot. “The TikTok campaign wasn’t really authentic to me, but then I thought, OMG, me, Paris, like that is everything,” she exclaims. 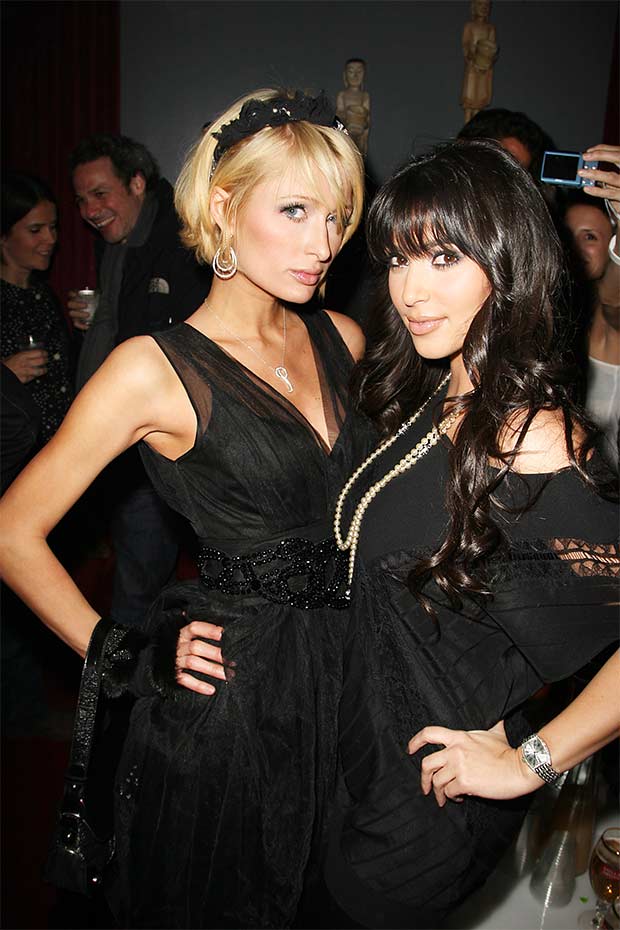 Kim and Paris go on to look at some old photos of Kim back in the day to provide inspiration for the throwback campaign. One of Kim’s stylists shows a phone screen grab of Kim posing in a pink babydoll dress against a white Range Rover back in 2007, as Paris asks, Is that for Complex?” Kim tells her, “It was either Complex or Dub magazine. It was like the only cover I could get at the time.”

Kim continued, “I remember I wanted to be on the cover of a magazine so badly that there was a dog magazine, and I hated dogs. I didn’t even have a dog, they were like, ‘would you be on the cover?’ and I was like, ‘whose dog can I borrow?’” The KKW Beauty founder then revealed that she ended up borrowing pal Nicole Richie‘s pup to score the gig. 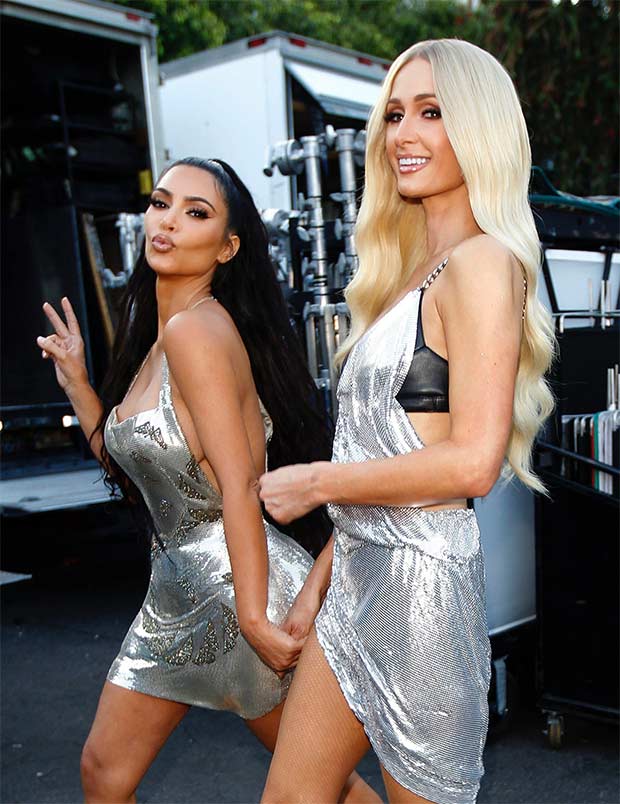