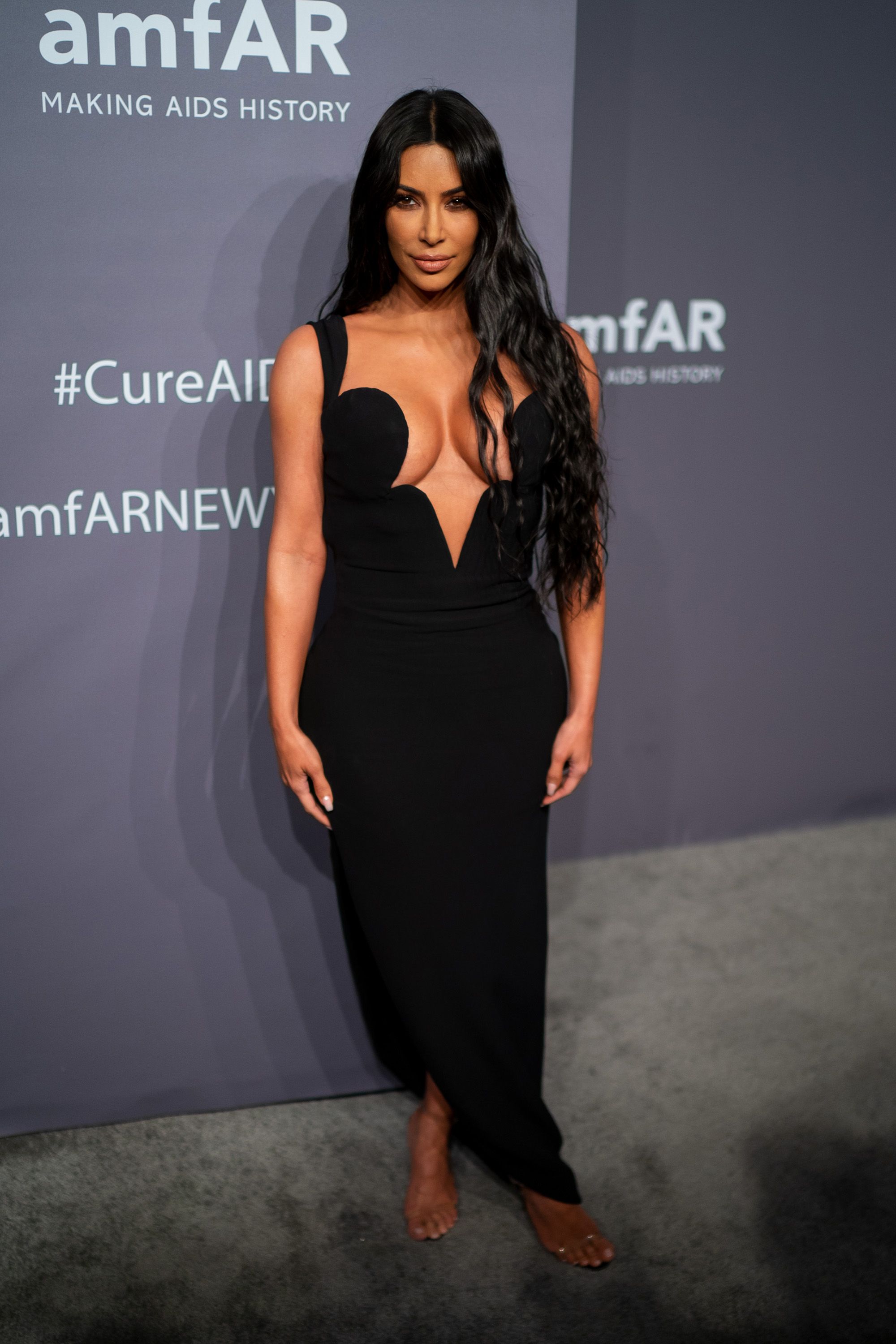 Kim Kardashian stunned in a form-fitting vintage Versace dress for the 21st annual amFAR Gala, which was held at Cipriani Wall Street in New York’s Financial District neighborhood on February 6. The sleeveless, black gown showed off her décolletage and had an open back.

“Kim was wearing a black vintage Versace dress from the 90’s so I wanted to go for a relaxed and effortless vibe with the makeup to keep the look modern and fresh,” Dedivanovic said in a statement to Hollywood Life. 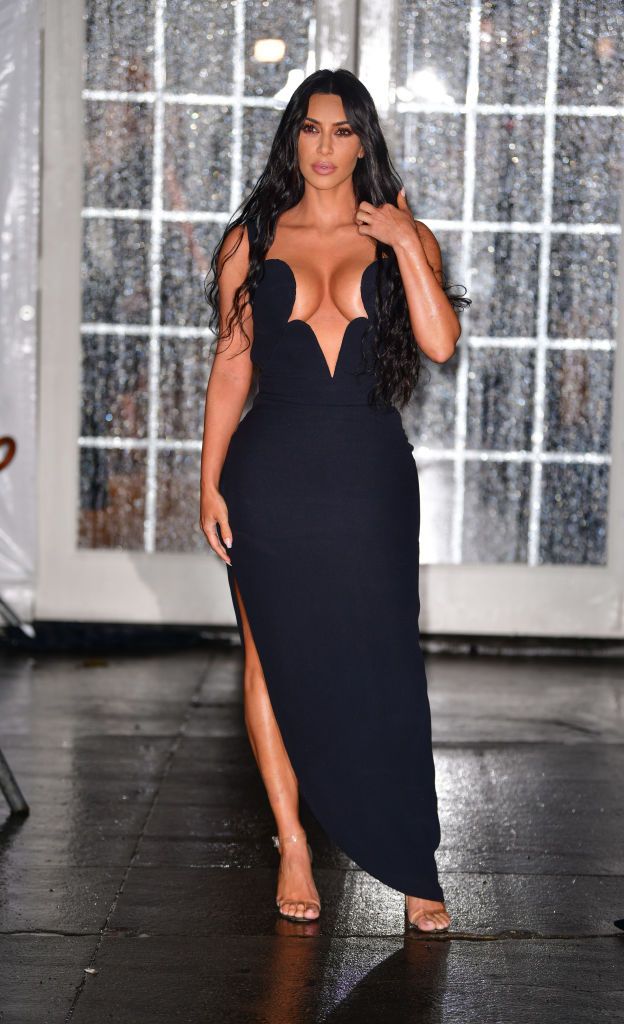 Kim’s older sister, Kourtney Kardashian, was also in attendance, and the pair twinned in similar looks on the red carpet. Kourtney’s body-hugging dress had a thigh-high slit. She wore her hair up in a high ponytail and her makeup looked almost exactly like Kim’s, with a slightly darker nude lip.

The amFAR foundation honored model-actress Milla Jovovich, photographers Mert Alas and Marcus Piggott, and art auctioneer and collector Simon de Pury for their commitment to the fight against AIDS. 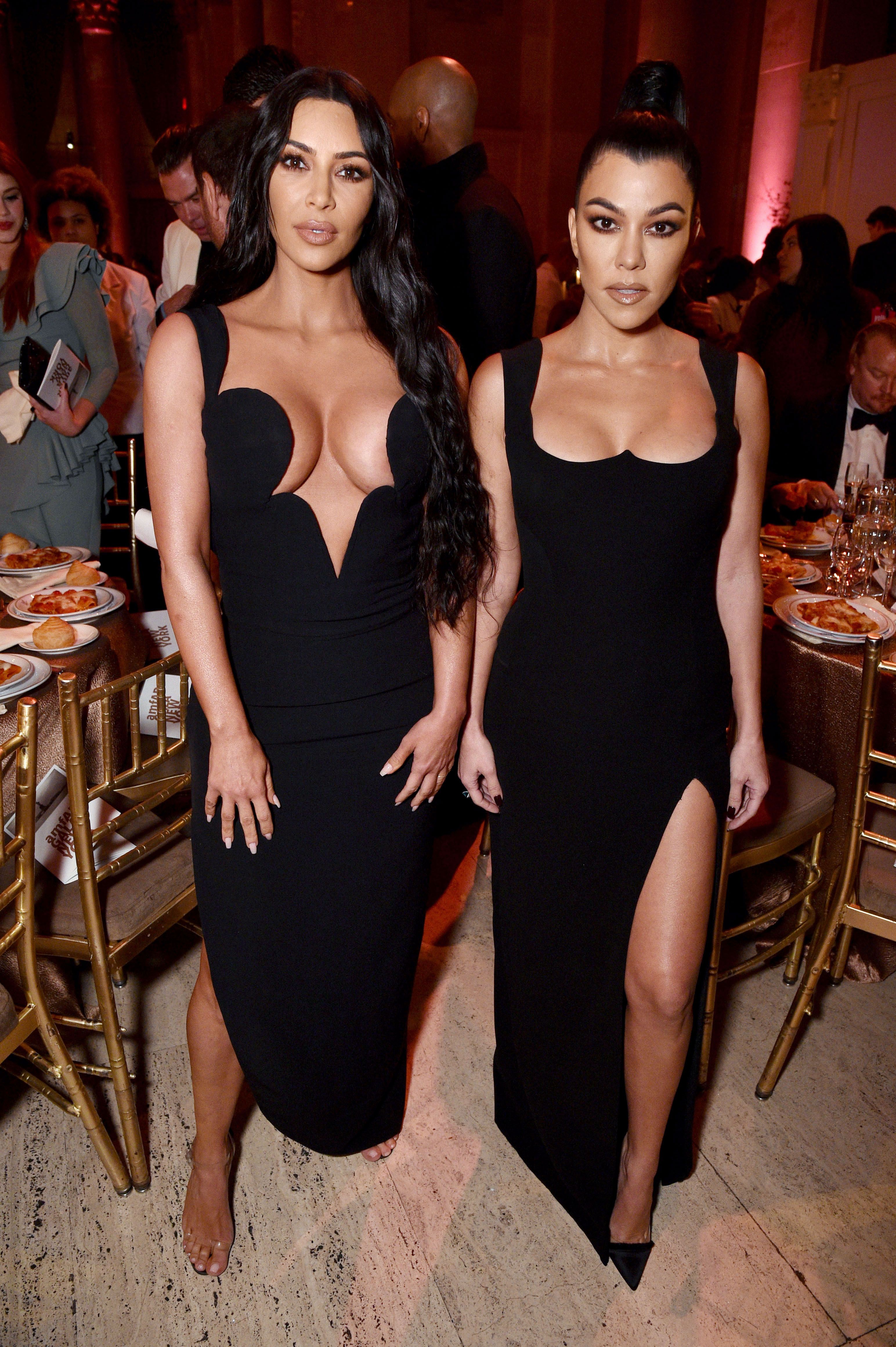 Kim is certainly no stranger to embracing her body and showing off her preference for tight-fitting and attention-grabbing looks. For a visit to The Tonight Show with Jimmy Fallon the following evening, she rocked a deep pink, snakeskin-print, long-sleeved dress with sequins from Thierry Mugler’s Spring/Summer 1983 collection. She paired the vintage dress with black high heel ankle booties. This was quite a daring look to rock for a chat with Fallon, where they talked about criminal justice reform and her fourth child via surrogate with husband, Kanye West.

“I was kinda stressing. It’s just, my house is so full,” Kim said of expanding her family. “But I heard that parents of four are the most enlightened and calm of all parents, the most calm.” She explained to Fallon that she “felt the huge change from one (North, 5) to two (Saint, 3),” which “was harder than two to three (Chicago).” Kim also added that her oldest daughter and son “are finally getting along,” so at least she has one less parenting gripe to worry about now that another baby is on the way. 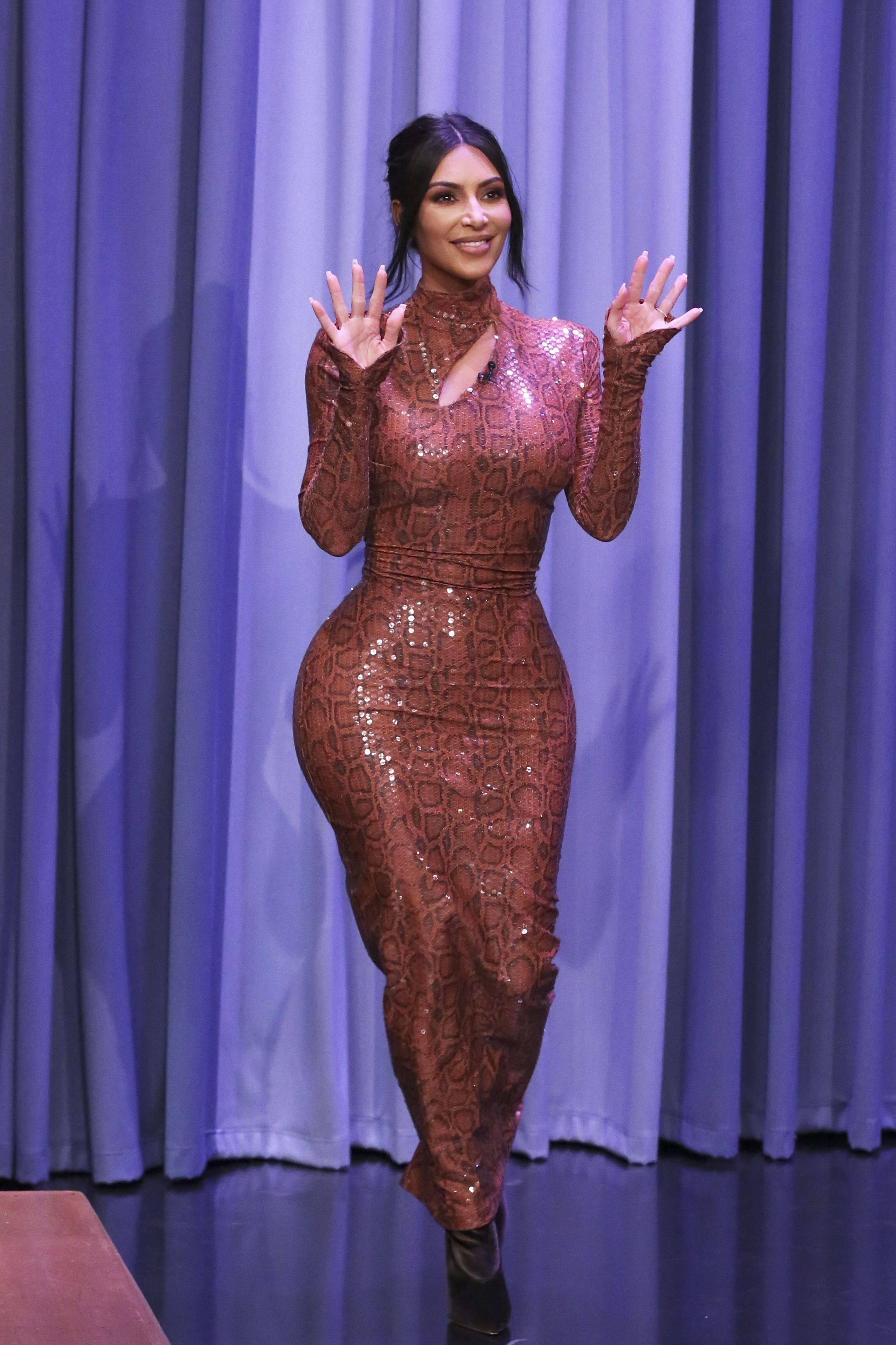 Last year, Kim became a surprising advocate for criminal justice reform when she used her clout to bring attention to Alice Johnson—a woman serving life in prison over a first-time drug offense, which Kim learned about on Twitter.

“I always say that Alice’s story came to me, and I just felt something inside of me that if I had the power to help, I was going to try,” she said. Today, Johnson is a free woman who was at President Trump’s State of the Union address earlier this week. “Seeing her at the State of the Union was just such a message of hope because there are so many people like her who deserve that and I was just so proud to see her. She was texting me, texting me pictures, and I was so happy for her.”

Fallon inquired if Kim would continue to support criminal justice reform. She shared that she wants to help people who were incarcerated transition into the workforce after their release, and to help de-stigmatize any pre-conceived notions hiring managers might hold against them. She continued that she would “love to partner” with the L.A.-based Anti-Recidivism Coalition, which supports with career development training for former inmates. “I would love to hire formerly incarcerated people,” she said. “And I would love to spread that message that other companies and big companies can do that too.”

Roots of stolen-election claims and other commentary

The Marvelettes singer Wanda Young has died at 78