Home » Celebrities » Kimmel warns 'canceling' Dr. Seuss is 'how Trump gets reelected': Cancel culture is 'his path to victory' 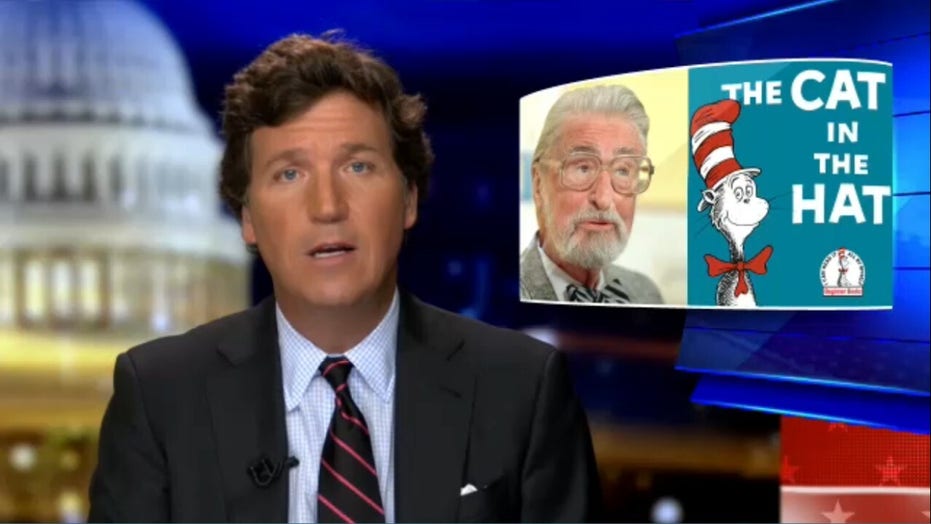 Tucker: The memory of Dr. Seuss matters more than ever

ABC late-night host Jimmy Kimmel sounded the alarm on cancel culture Tuesday and how it could help former President Donald Trump get elected again in 2024.

Dr. Seuss Enterprises announced earlier Tuesday that publication of six books by the famed children’s author would be discontinued due to racist and offensive imagery.

After cracking some jokes during his monologue about Dr. Seuss books with alternative “woke” titles, Kimmel warned that recent incidents of cancel culture could pave the way for Trump’s return to the White House.

“This is how Trump gets reelected, by the way” Kimmel told his audience. “Cancel Dr. Seuss, cancel Abe Lincoln, melt down Mr. Potato Head’s private parts and throw them at the Muppets. That is his path to victory the next time around.”

Last week, HBO “Real Time” host Bill Maher similarly warned liberals that cancel culture is “real” and “coming to a neighborhood near you.”

“Liberals need a Stand Your Ground law … for cancel culture.” Maher said, “so that when the woke mob comes after you for some ridiculous offense, you’ll stand your ground, stop apologizing. Because I can’t keep up with who’s on the s—list.”