Kourtney Kardashian and Travis Barker were seen leaving their NYC hotel as they made their way to NBC studios on Oct. 14.

Kourtney Kardashian and Travis Barker have landed in New York City! Kourtney, 42, looked ultra-stylish as she stepped outside of her New York City hotel on Thursday, Oct. 14 in a mini coat-dress with a green snakeskin print. The Slytherin-approved ensemble (for you Harry Potter fans) included two large front pockets and a black belt to cinch the waist, which matched her to-the-knee leather boots with a platform sole.

The Poosh founder added a pair of black sunglasses over her face as she held onto a dark gray mini Kelly bag by Hermés along with a healthy green juice. Kourt went with a center part for her new, shorter hair ‘do, flaring out the ends just a tad. Travis walked behind the Armenian beauty in a black tank top showing off his many tattoos, along with a pair of skinny black pants. He also accessorized with sunglasses, staying true to his rocker style with a silver spiked necklace. A security guard holding onto a large Goyard duffle bag could also be seen behind the couple, who were reportedly heading to NBC studios. 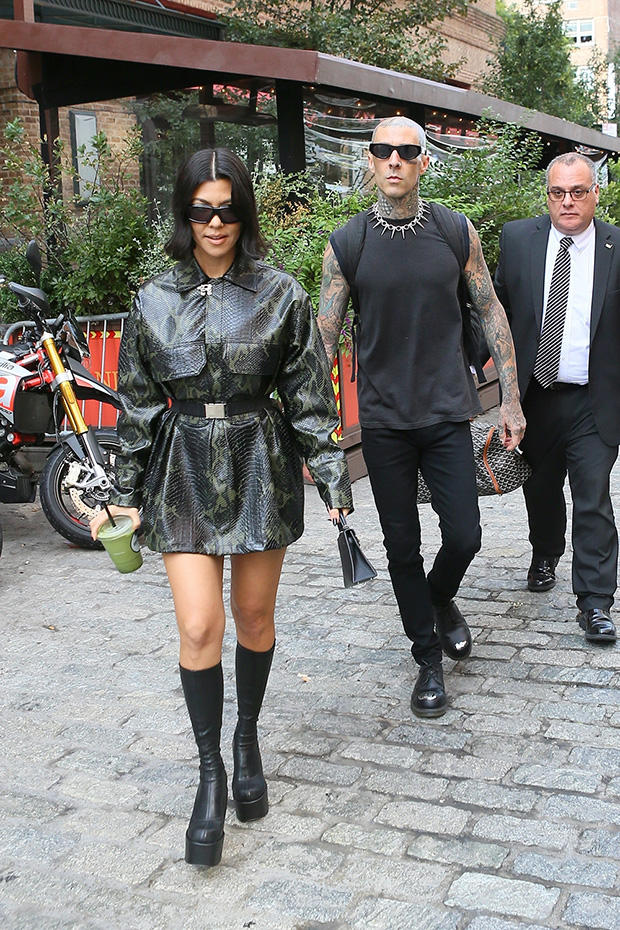 Last weekend, NBC’s iconic Studio 8H was also home to Kim Kardashian‘s Saturday Night Live debut! The episode was full of many memorable moments, including one hilarious sketch where Kim impersonated Kourtney for a spoof of The People’s Court (or in this case, Kourt). In the sketch, various family members — including mom Kris Jenner and sister Khloé — came to Kim’s Kourtney with a series of trivial problems (such as Khloe suing Kim over stealing her makeup artist). 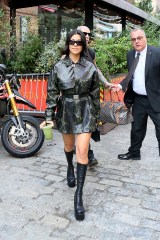 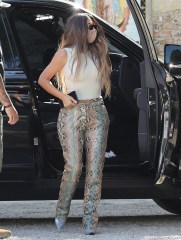 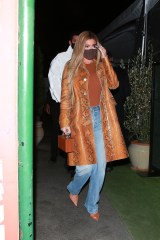 At one point towards the sketch, Travis and Kourtney’s PDA-heavy relationship became fodder for a joke — something the 42-year-old was not apparently pleased with. “The line about Kourtney asking Travis to drum on her ass was not something that she wanted her kids to see,” a source told HollywoodLife EXCLUSIVELY. “They were watching because it was aunt Kim and Kourtney wishes she would have been able to keep her children from hearing any of that,” they explained, adding Kourt was “bothered” that Kim “didn’t run that Travis stuff by her.”

Last Kingdom: Why did Toby Regbo really leave the series as Aethelred?

Andrew Lloyd Webber on the ‘Cats’ movie: ‘The whole thing was ridiculous’