Though the Life of Kylie star and the Sicko Mode rapper are currently not together, they are apparently “not done” and are “taking some time” apart as they suffer from “trust issues.”

According to an Us Weekly source on Wednesday, their inner circle believes the couple will reconcile — and will hopefully deal with their lifestyle differences.

“Everyone around them thinks they will get back together… Kylie is a bit of a homebody — she runs her business from home, has an office very close to her house, and doesn’t really live too much outside of that space. And he’s a world touring artist and in the studio and traveling.”

The publication previously revealed the two don’t have a “traditional relationship,” but are “very much in love.”

“They have had breaks throughout their relationship… He been spending a lot time at his Beverly Hills house and she’s been staying in Calabasas, so they didn’t have a traditional relationship in terms of spending the night together every night.”

Despite this news, the billionaire was reportedly spotted at the same hotel where ex Tyga was recording music on Tuesday night.

After the reality TV personality was spotted partying with Anastasia “Stassi” Karanikolaou and Kelsey Calemine at Delilah in West Hollywood, California, the trio got into a Rolls Royce and traveled to the Sunset Marquis.

Though Stassi and Kelsey were photographed exiting the vehicle, Kylie was nowhere to be found.

However, later that night, Karanikolaou, Calemine, and Tyga were spotted exiting the property via the same exit.

Per an onlooker, Jenner left the residence through a different doorway.

Of course, back in August, Kylie and her former flame were spotted having a brief chat at  Sapphire Gentlemen’s Club, a famous strip joint in Las Vegas.

Though they broke up in April 2017, the two are reportedly on good terms, and share several mutual friends.

Travis and Kylie began dating shortly after her breakup from Tyga, and welcomed their daughter, Stormi Webster, in February 2018. They were last seen together in August at the premiere of his Netflix documentary — Look Mom, I Can Fly — in Santa Monica. Fans know Scott was noticeably absent from Justin and Hailey Bieber‘s South Carolina wedding where Ky attended the event with Stormi, sister Kendall Jenner, and mom Kris Jenner.

So Kylie, who are you going to choose? Travis OR Tyga?? 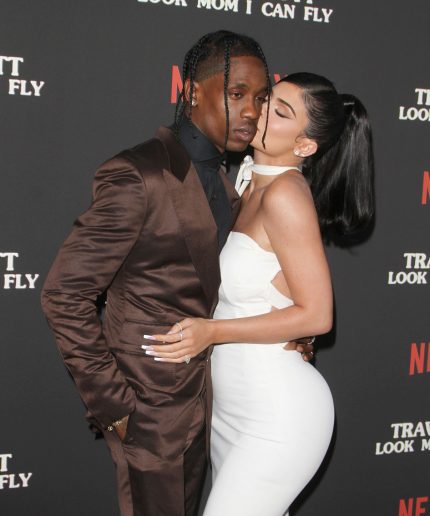 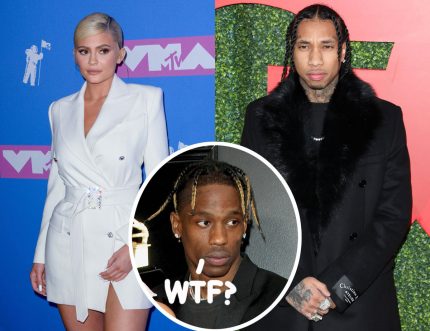 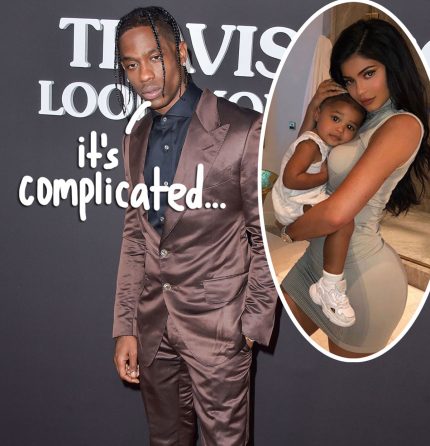 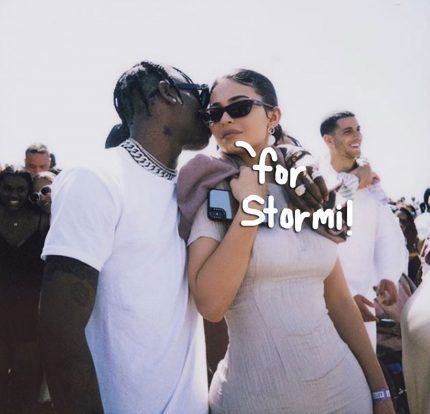