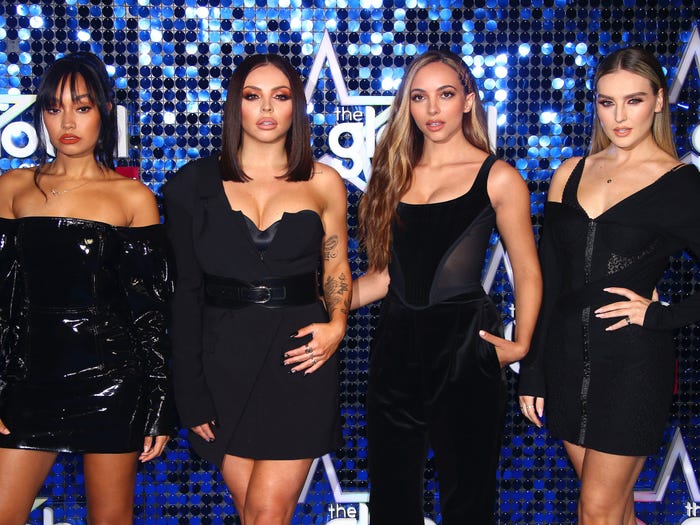 The news was revealed on Monday, with a statement shared via the band's Twitter and Instagram accounts.

"After an amazing nine years together Jesy has made the decision to leave Little Mix," the statement began. "This is an incredibly sad time for all of us but we are fully supportive of Jesy. We love her very much and agree that it is so important that she does what is right for her mental health and well-being."

"The 3 of us are not ready for it to be over," they said. "We know that Jesy leaving the group is going to be really upsetting news for our fans. We love you guys so much and are so grateful for your loyalty and continued support of all of us."

Minutes later, Nelson posted a lengthy statement on her Instagram account, elaborating on her decision to exit the group.

The 29-year-old singer said that "the past nine years in Little Mix has been the most incredible time of my life" and thanked fans for their support.

However, Nelson said that she left the group in order to prioritize her mental health.

"The truth is recently being in the band has really taken a toll on my mental health," she wrote. "I find the constant pressure of being in a girl group and living up to expectations very hard."

Nelson added, "There comes a time in life where we need to reinvest in taking care of ourselves rather than focusing on making other people happy, and I feel like now is the time to begin that process."

Little Mix rose to fame after making history as the first group to win the British reality competition series "The X Factor" during season eight.

They released their debut album, "DNA," in 2012, which included their hit single "Wings." In the years after, the group released five more albums: "Salute," "Get Weird," "Glory Days," "LM5," and "Confetti."

Nelson herself opened up about how cyberbullying affected her mental health and body image during a 2019 documentary for BBC called "Jesy Nelson: Odd One Out."

Fans speculated that Nelson was leaving Little Mix weeks ago when she was absent from the group's public appearances at the MTV EMAs and the reality show "Strictly Come Dancing."

Her signature was also missing from signed copies of Little Mix's "Confetti" album that fans received in the mail.

In mid-November, the same month that Little Mix released their "Confetti" album, it was revealed that she was taking "extended time off" from the group for medical reasons.

"Jesy is having extended time off from Little Mix for private medical reasons," a spokesperson for Little Mix said in a statement shared by Us Weekly. "We will not be issuing any further comment currently and ask media to please respect her privacy at this time."

‘The Purge’: Anthony Hemingway on Transforming the Franchise for TV

Mozilla Is Designing A New Logo For Firefox