They’re opinionated and outspoken, but the feisty cast of Loose Women could usually rely on sisterly unity to temper any tantrums – until now.

The Mail on Sunday can reveal that drama behind the scenes is blighting ITV’s hit daytime show after a succession of stars had a bust-up with long-serving panellist Coleen Nolan.

Nadia Sawalha has told the lunchtime chat show’s producers that she will no longer appear alongside Ms Nolan after the singer’s agent, Melanie Blake, called the actress a ‘nasty witch’ on social media.

It is understood that broadcaster Carol McGiffin has also had a falling-out with Ms Nolan, while panellist Stacey Solomon has informed producers that she does not wish to work with Ms Nolan either when she returns from maternity leave next month. 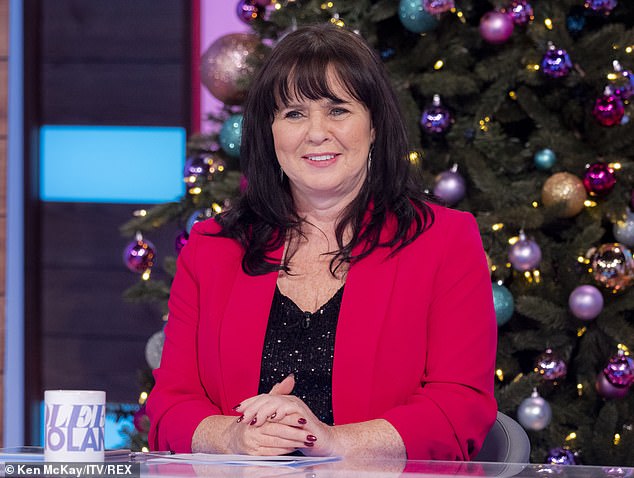 A source said: ‘Stacey is the latest person refusing to work with Coleen, which is proving really tricky. Everyone loves Stacey, as do the viewers, so nobody wants to upset her.

‘It’s a show that is supposed to promote strong women working together, respecting one another’s views, but it’s currently the case that what is going on behind the scenes is quite the opposite of that and much more dramatic.

‘All of the dynamics and the fallings-out have left the poor producers with such a conundrum. It’s a job in itself getting the panels right, but with these added issues, it’s proving tough.’

Insiders on Loose Women have accused Ms Nolan, 56, a member of the successful 1980s group The Nolans, of behaving in a ‘high and mighty fashion’ behind the scenes. 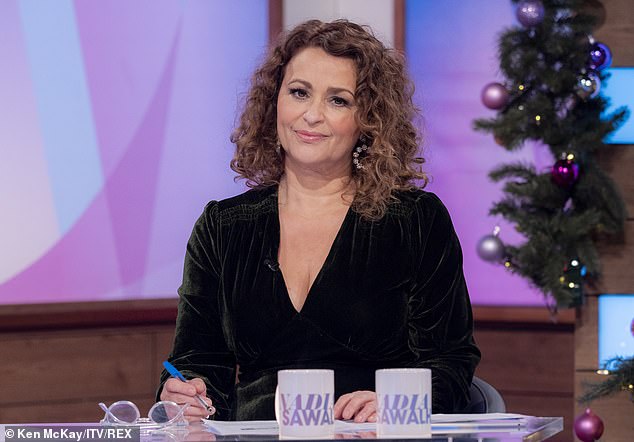 Nadia Sawalha has told the lunchtime chat show’s producers that she will no longer appear alongside Ms Nolan after the singer’s agent, Melanie Blake, called the actress a ‘nasty witch’ on social media

It has been noted that Ms Nolan has not appeared on the show with either Ms Sawalha or Ms McGiffin for many months.

In her comments, Ms Blake wrote: ‘Her constant “be kind” etc speeches are so ironic considering she is a total witch.’

Ms Nolan quit the show in 2011 after an 11-year stint but rejoined a year later. At the time of her departure, she said: ‘I don’t miss Loose Women one bit. It was hard and there was so much bitching.

‘There were so many women trying to do their jobs but working so closely together. I don’t really speak to the girls now.

‘It was bitchy. It turns into a bitchfest. Sometimes there were clashes, there were rows with the likes of Carol and Denise [Welch]. At times we all fell out.’

In 2018, Ms Nolan had a vicious argument with How Clean Is Your House presenter Kim Woodburn live on Loose Women, which ended in Ms Woodburn storming off in tears.

The door was left open for her to return – but only if Ms Nolan wasn’t on the same panel.

And last July, Ms Nolan was involved in another on-screen row with co-star Janet Street-Porter over whether people earn the right to be ill-mannered with age.

An ITV spokesman said last night: ‘Panellists are chosen for each show by the editor and senior production team, not the panellists themselves.’

The real reason the Jersey Shore stars are feuding

‘Bohemian Rhapsody’ To Be Released On Home Video Next Month

What’s the point being a ­liberated, vegan-conscious, no-platforming snowflake if you’re not willing to call out callous voyeurs and smartphone sneaks?