Mariah Carey share a heartfelt message with fans on New Year’s Eve when she sang ‘Auld Lang Syne’ in a new video. She belted out a verse before she eventually admitted that she didn’t know the lyrics.

Mariah Carey filmed a cute video for her fans on New Year’s Eve and it turned out to be unintentionally hilarious. The mother of two attempted to sing the “Auld Lang Syne” — a traditional tune that’s usually sung on New Year’s Eve — when she forgot the lyrics in the middle of the song. After she belted out a few notes, Mariah laughed and said, “I don’t know how it goes.”

Despite forgetting the lyrics, Mariah continued to perform the track while standing outside in a snowy location. “I never could pronounce it properly,” she joked at the end of the clip, before sharing a kind message with her followers. “I love you. Happy New Year! Let’s hope for better days, better days in 2021 and beyond,” Mariah said. She shared the video to her Twitter and Instagram accounts and apologized for the “camera work,” which was shaky and unstable. Sharon Osbourne and Millie Bobby Brown shared red heart emojis in the comments on Instagram, along with Jennifer Hudson, who commented, “Happy New Year”. 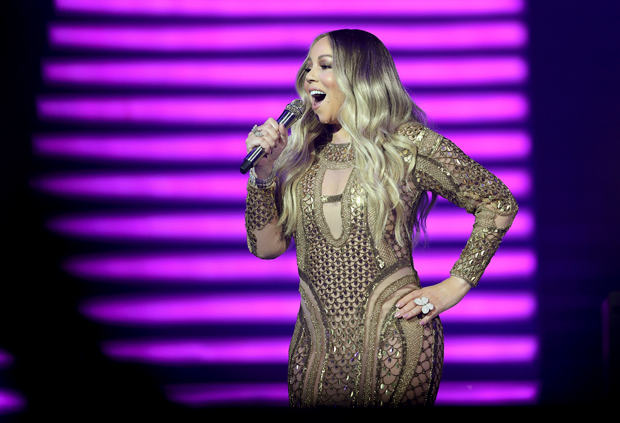 Mariah also made headlines on New Year’s Eve when she appeared on CNN’s coverage of New Year’s Eve in Times Square with co-hosts Andy Cohen and Anderson Cooper. The longtime friends chatted with Mariah, who couldn’t help but be distracted by music that was playing in the background of the broadcast. But, it wasn’t just any music — it was the one and only Jennifer Lopez, who performed live from Time Square on ABC’s New Year’s Rockin’ Eve.

“What’s going on in the background? I’m hearing music,” Mariah said to Andy on the broadcast. The Bravo host, who was clearly feeling uncomfortable by being put on the spot, simply said, “Yeah, we got J. Lo behind us, actually,” before he quickly changed the subject. The moment has since gone viral and fans are having a field day over the clip.

Tommy Series Finale Recap: Was the Chief Able to Get Her Job Back?

Adrian Weckler: When TDs get tired of 'facts'

Girl, 10, left needing surgery after getting safety pin wedged up her nose