Megan Thee Stallion has showed off her twerking skills in the music video for her track “Movie”, which shows her dancing in a strip club. The “WAP” singer, who recently took home her first Grammy Award, was joined by Lil Durk in the video. The pair threw around money, did shots, and watched dancers show off their expert pole dancing skills. Of course, Megan also busted a move, showing fans her signature twerking moves. 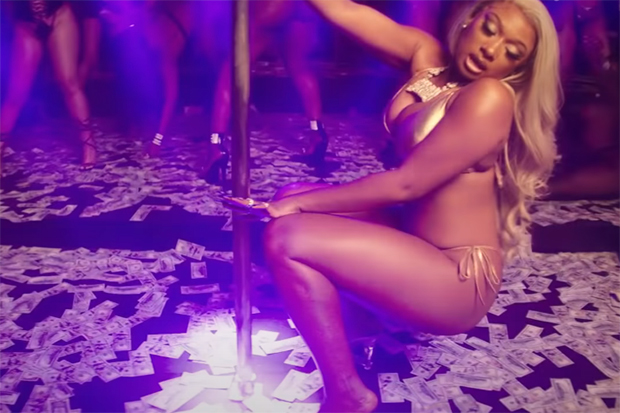 The brunette beauty rocked multiple different outfits in the video, including a barely-there red two piece, a metallic gold bikini, and a sparkling silver ‘fit. “Thank you to my babies for coming to stallions,” Megan wrote, when announcing the release of the video on Instagram, adding, “MOVIE VIDEO OUT RN GO RUN IT UP.” The track is actually from her award-winning 2020 debut album,Good News, which also delivered hits like “Savage” and “Body.”

Of course, fans of the 26-year-old rapper would recall that she won three Grammy Awards just a few weeks ago, after becoming one of the biggest breakout stars of 2020. She walked away with the awards for Best New Artist, Best Rap Song, and Best Rap Performance, and also helmed incredible performances on the stage, including an unforgettable collaboration with Cardi B, as they gave the first ever live performance of their hit “WAP”. 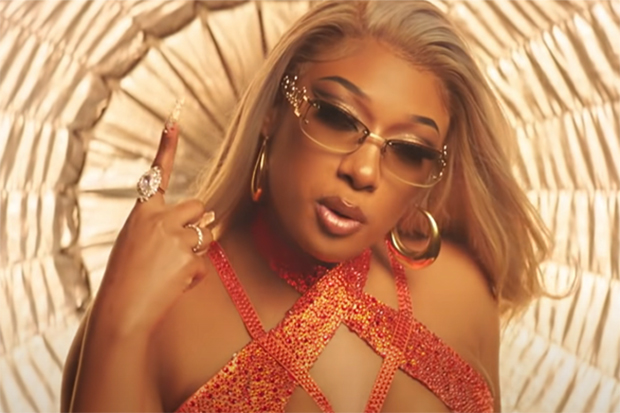 As expected, some online trolls, and conservative commentators were not too happy about the raunchy performance, which many saw as empowering for women everywhere. After the show, Cardi really got into it with conservative pundit Candace Owens over the content of the performance. Candace compared it to “actively trying to make children aspire to things that are grotesque.” But Cardi clapped back, celebrating the fact that she “MADE FOX NEWS GUYS!!! Wap wap wap,” she tweeted.