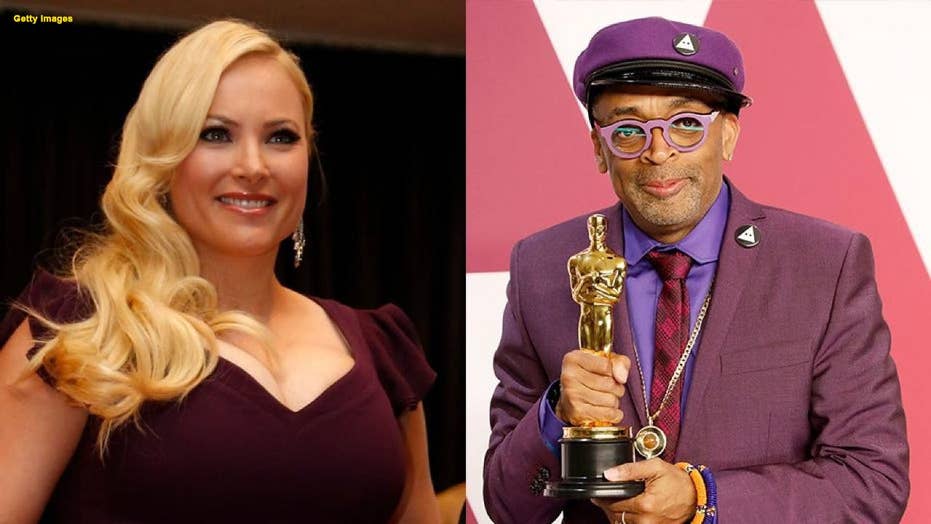 Meghan McCain took the time on The View to defend Spike Lee’s Oscar speech that urged viewers to make a moral choice during the 2020 election. President Trump took to Twitter early Monday to blast the director’s speech.

It doesn’t look like Meghan McCain’s view on the president is going to change anytime soon.

McCain, who has repeatedly gone after Donald Trump in her role as co-host on ABC’s “The View,” this time took offense with the president’s critique of Spike Lee’s Academy Award acceptance speech.

“Art is political… I’m not one of these people who think everyone in Hollywood should shut the blank up,” McCain said, before turning her attention to Trump.

“We have a reality-show president. He’s using his time this way and I don’t understand what the problem is, and I wish the Oscars and all awards shows would lean into it a little bit.

“These are tumultuous times and we are in a pool that we say controversial things all the time. It’s not so bad, life does go on, and it’s OK for people to speak their truth when they get an award.”

The segment wrapped up with fellow co-host Joy Behar taking a shot of her own at Trump, saying: “Google ‘Central Park Five’ in case you are wondering if Trump is a racist.”

Earlier on Monday, Trump blasted Lee after the legendary director took a shot at him during his Oscars acceptance speech.

“[It would] Be nice if Spike Lee could read his notes, or better yet not have to use notes at all, when doing his racist hit on your President, who has done more for African Americans (Criminal Justice Reform, Lowest Unemployment numbers in History, Tax Cuts,etc.) than almost any other Pres!” Trump tweeted.

After winning Best-Adapted Screenplay for "BlacKkKlansman,” Lee urged viewers to make the “moral choice” in the 2020 presidential race, as Trump seeks re-election.

“When we regain our humanity it will be a powerful moment,” the “Do The Right Thing” director read from his notes.

“The 2020 election is around the corner — let’s all mobilize and be on the right side of history. Make the moral choice between love versus hate.”