Strictly Come Dancing favourite Mike Bushell, 54, had a bit of trouble trying to get in contact with his BBC Breakfast co-star Dan Walker, 43, as he presented the programme from outside Wembley Stadium this morning. The sports presenter was filming the show outside the iconic venue ahead of Arsenal and Chelsea’s battle to win the FA Cup this evening.

Mike pointed out that Dan was inside the stadium to cover the build-up to the cup final and awkwardly struggled to get his attention by attempting to shout for the Football Focus presenter.

In a funny video, the television personality could be heard shouting while frantically waving his arms: “Dan, Dan, Dan, Dan!”

In the clip Mike shared with his 58,000 Twitter followers, he jokingly revealed the reason why Dan was seemingly snubbing him: “He can’t hear me.

“You can hear him though, BBC Breakfast, half-past nine!” 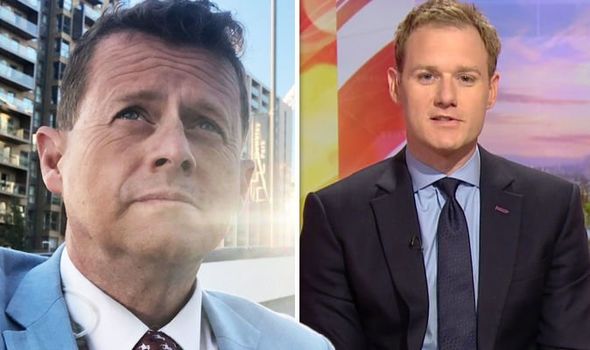 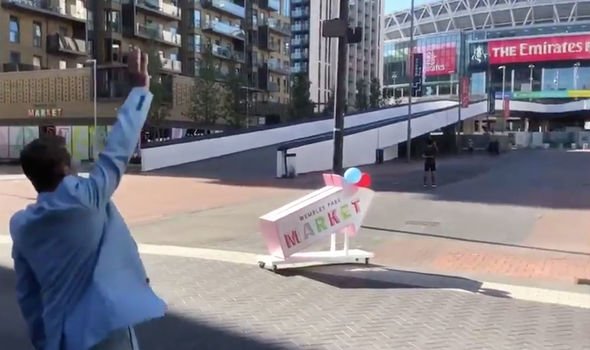 The former Strictly then tried calling Dan’s name again, before adding to the camera: “I promise he’s in there.”

Mike captioned the hilarious moment: “On ⁦@EmiratesFACup cup final day I’m outside on Wembley way ⁦@BBCBreakfast and ⁦@mrdanwalker is inside pitch-side.

Fans took to the comments section of Mike’s post to share their thoughts on his struggles to reach Dan. 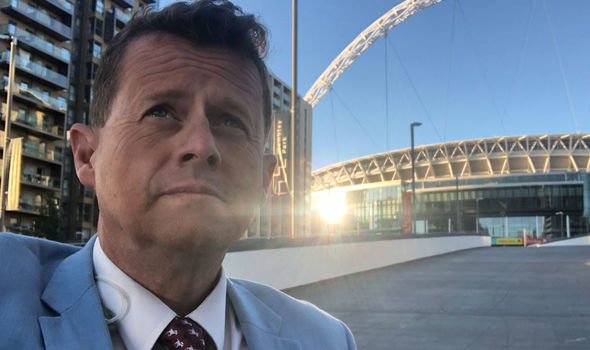 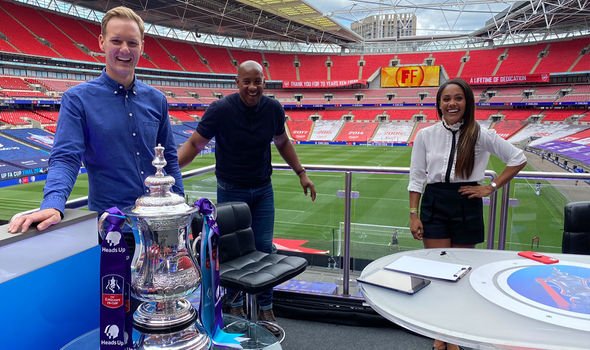 One person jokingly wrote: “When someone doesn’t get the hint he’s not wanted by a friend….and kept outside.”

A third fan simply commented: “You are funny.”

Mike previously commented on how different this year’s FA Cup final will be due to the absence of fans as a result of the coronavirus pandemic.

While sharing a series of selfies outside a deserted Wembley Stadium, he wrote: “Suns up over @wembleystadium on @FACupFinal day @Arsenal vs @ChelseaFC but as the world watches on there will be no fans just some seagulls, @producernick @ksadders your early @BBCBreakfast team.

“@mrdanwalker will be inside later.”

Elsewhere, Mike recently apologised to his former Strictly partner Katya Jones, as he was unable to support her at her recent book launch.

The Russian-born dancer recently revealed her latest move away from the BBC show as she teamed up with Joanne Clifton and Sasha Latoya for the trio’s brand new book titled 7 Days to Find Your Fire Beyond Lockdown Empire.

Katya held a meet and greet session in North Greenwich earlier this month, where fans got the opportunity to pick up a signed copy of the book.

Taking to his Instagram story, Mike shared a snap of the book where he posted a sweet message to Katya.

In view of his 21,600 followers, Mike penned: “Brilliant partner.

“So sorry I couldn’t make the book launch but it looks like it went well. And a great book.”