Miley Cyrus and Kaitlynn Carter were spotted heading to lunch in L.A. with the singer’s mom, Tish Cyrus, on Saturday, August 17.

TMZ reports that the Miley, 26, was in the front passenger seat while her mom did the driving and Brody Jenner’s ex sat in the back of the car for the lunch date. The trio dined at BOA Steakhouse on Sunset Boulevard in West Hollywood.

The pair’s second stateside sighting — they were also spotted together in L.A. on Wednesday, August 14 — comes eight days after the “Mother’s Daughter” singer was spotted kissing the blogger while they vacationed with Miley’s big sister, Brandi Cyrus, in Lake Como, Italy. 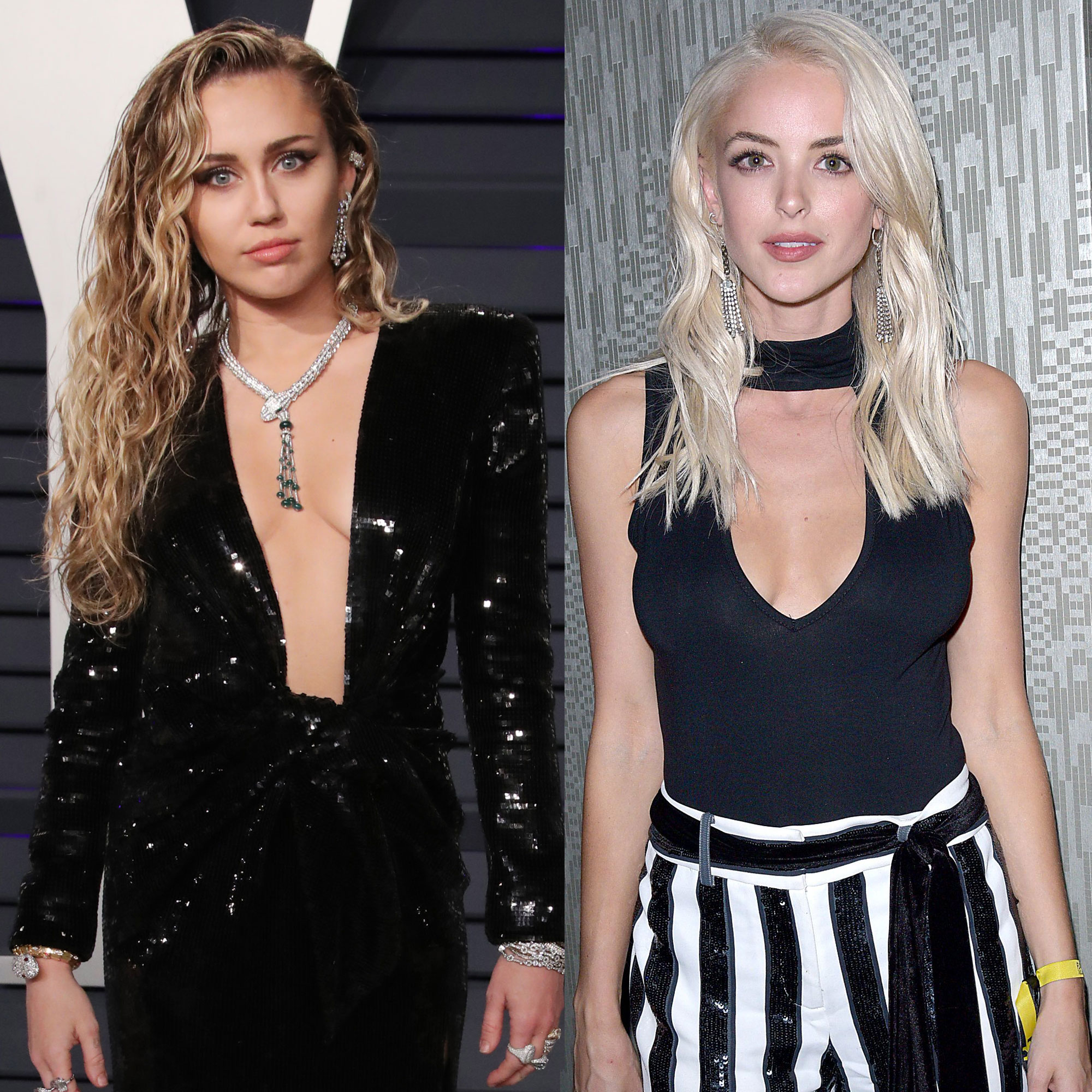 A day after the PDA, Miley confirmed her split from husband Liam Hemsworth, less than eight months after they married in Nashville.

Their breakup came a week after The Hills star and Carter announced they were going their separate ways. A source told Us Weekly that Jenner, 35, and his longtime love, who wed in Indonesia in June 2018, had never been legally married as they hadn’t obtained a marriage license in the U.S.

“I think everybody in the cast kind of knew that it wasn’t going to work out,” he said.

Miley seems to be moving on quickly from her broken marriage. In addition to her fling with Carter, she released an emotional new song, “Slide Away,” that appears to reference her fractured relationship with the Hunger Games star, 29.

An insider told Us that Cyrus and Carter “became close within the past few weeks because they connected over their breakups and leaned on each other.”

Hemsworth, meanwhile, has been spending time with his family and is “really sad about the breakup,” a second source told Us.

On Friday, August 16, Jenner defended his ex amid her hookup with Miley.

“There is far too much negativity being directed at someone who I love and care about very much. I feel the need to set the story straight,” the DJ wrote on Instagram. “Kaitlynn and I have been best friends for 6 years, and we continue to be. We, like many others before us and many after us, grew in different directions over those same 6 years.”

“Kaitlynn is a wonderful person, beautiful and fun to be with, always a positive force in my life,” he added. “We decided the best move for both of us was to keep our love for each other strong but move forward separately with our lives.”

“I respect Kaitlynn and care deeply about her,” Jenner, who is now dating Josie Canseco, concluded. “She deserves to be able to move forward in her life with respect and happiness.”