Gardeners’ World host Monty Don, 65, said his back is “fully mended” after suffering pain earlier this month. The presenter responded to the worried fan on his Twitter page after he shared a picture of some new plants.

Monty shared the picture with the caption: “Paradise verbena.”

A Twitter user replied: “Paradise it certainly is. Welcome back to us.”

Querying the tweet, Monty asked: “Have I been away?”

The person in question went on to say she thought the presenter had been on holiday, to which he clarified that he hadn’t. 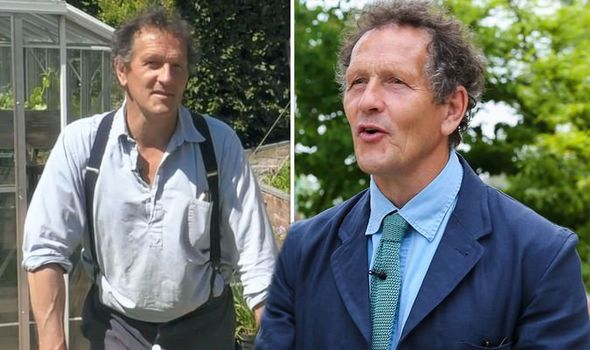 She then queried how his back had been, following a recent post about suffering from issues.

He replied: “I have not been on holiday – just didn’t do GW for a week – busy with other things. Back is fully mended thanks.”

The garden enthusiast, who has been fronting the BBC show for nine years, spoke about suffering from a bad back in a tweet earlier this month.

Ahead of an episode, he told fans what they can expect from the show. 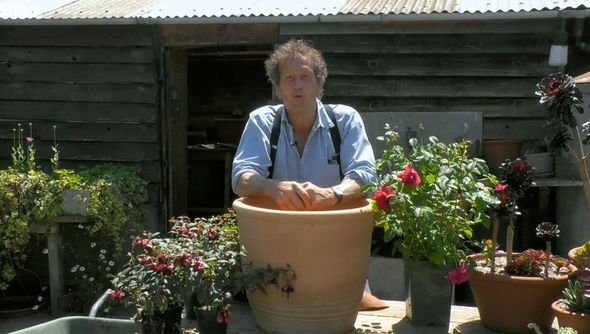 He tweeted: “GW tonight includes wisteria pruning, celery planting, roses and fuchsias in a container, and a bad back.

“Not to mention Kate Bradbury’s wildlife garden, Carol’s propagation masterclass and Kiftsgate Court in its full glory as well as viewers gardens.”

Express.co.uk has contacted a representative for Monty for comment.

Earlier this week, Monty addressed whether or not there will be a winter version of the show .

In view of his 188,000 followers, he wrote: “Re winter GW programmes: All the programmes for the year ahead are scheduled in the previous autumn.

“All filming and transmission dates are fixed and crews and production team for the year booked by early February.

“So any proposed changes would only take place in winter 2021/2.”

Many fans of the show flocked to his post to share their thoughts, with one praising the team for keeping the programme on air during the coronavirus pandemic.

Monty and his team continued to film for the show during the pandemic with special safety measures in place.

As part of the changes, the production team kept their distance and communicated with the host through a walkie-talkie.

The show bosses are planning to air Gardeners’ World each week until October.

The gardener previously said filming “without a human in sight” was an “odd” encounter, in an interview with the Daily Mail.

One user commented: “@TheMontyDon You and the crew have done a marvellous job keeping the show on the air throughout this frightening spring and summer.

“Perhaps with other programmes being halted a few winter specials this year would life the nations spirits.”(sic)

He replied: “Perhaps. But this decision is nothing to do with the production team.

“We get told from on high how many programmes we must make and have no say in the matter.”

Love After Lockup pay: What do the cast members make per episode?