We had a great time hanging [email protected] last night. The show was amazingly funny. After so many years thanks for the same wonderful vibes and positive energy. #muchsuccess

“We had a great time hanging with @neneleakes last night,” Nida, 41, wrote via Instagram on Sunday, February 23. “The show was amazingly funny. After so many years thanks for the same wonderful vibes and positive energy. #muchsuccess.”

The former reality TV star, who was married to Parks, 46, for nearly five years before their split in 2014, shared a photo with Leakes, 52, and his current fiancée, Sherien Almufti, from the Ladies Night Out Comedy Tour show in Philadelphia on Saturday, February 22.

“Ladies night out, comedy tour! We had a blast @neneleakes thank you ❤️,” Almufti, 37, captioned the same photo.

She also shared a photo with the Glee alum without her man from the outing writing, “Me and my twin @neneleakes ? thank you for being so sweet, we had a blast ??.”

Although Nida’s split from Parks, with whom he shares two sons, Ayden, 9, and Dylan, 6, came with some drama, he still has strong friendships with some of the RHOA cast.

In addition to spending time with the Dancing With the Stars alum, Nida has seen Cynthia Bailey’s ex-husband, Peter Thomas, and Kandi Burruss’ husband, Todd Tucker, following his prison stint.

In 2014, Nida was sent to prison for eight years after pleading guilty to conspiracy to commit mail, wire and bank fraud. At the time he was still a married man, but his friendship with Almufti, which began in 2013, changed after he went to jail.

“I think the night we took him away [to prison] I felt something completely different,” Almufti told Us in April 2017, ahead of her RHOA debut. 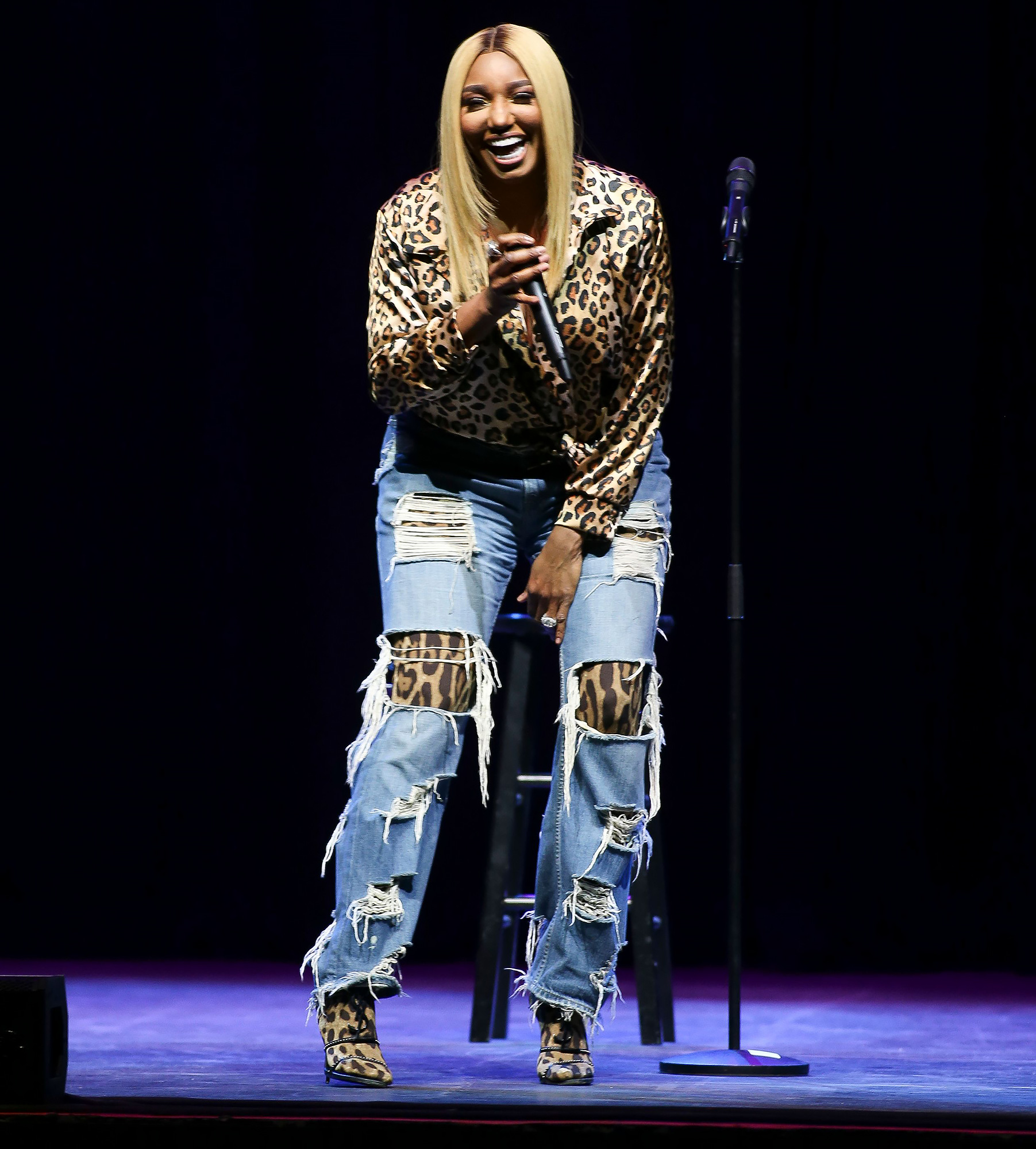 “He was just really emotional,” she explained of her first visit to see him in prison. “I can’t imagine what he was going through, obviously, because I’m not in that situation. But you could see it, like he was so torn — he was in prison, his marriage was falling apart, he was away from his children, it’s a laundry list of things — and at that time I was just a listening ear, and I was there and I just felt the connection.”

In November 2016, while still incarcerated, the former reality star popped the question — even though he was still married to Parks. Their divorce was finalized eight months later.

“I wasn’t holding on to him,” Parks told Us of her ex in November 2017. “He kept appealing the divorce and finally it was granted. Apollo and I started dating in high school and now I’m in my early 40s, so it was time to go. That’s almost a lifetime. Thank God it’s over, but thank God it happened because we have two beautiful kids.”

The businessman was released from prison in June 2019 and moved to a halfway house in Philadelphia.

Everything you need to know about Strictly Come Dancing launch show

Suddenly our local member decides to take us seriously