Olivia and Alex Bowen shot to fame in 2016 when they met and fell in love on Love Island – and ended up marrying each other last year.

However, despite the happiness the ITV2 reality show brought to their lives, Olivia, 25, and Alex, 27, – who lost their fellow Love Island friends Sophie Gradon and Mike Thalassitis to suicide – have now confessed they’ve been hugely affected by cruel trolls. 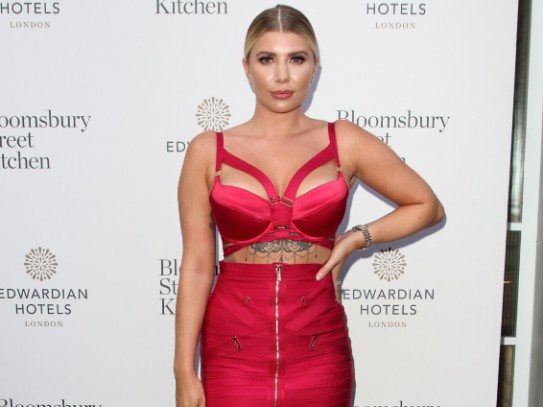 Speaking to the Daily Star, Olivia explained how her teeth were something she was really conscious about before going on the show – and made worse when viewers started pointing them out to her.

She said, ‘There are a couple of things that have got to us, if someone knows you’re insecure about something and picks up on it, it can be hard.

‘I remember when I first came out of Love Island, and someone said something about my crooked bottom teeth…it really got to me because it was something I didn’t like about myself.

‘When they find something and pinpoint it, it does affect you.’

Alex added, ‘You do occasionally get some idiot who might say “you look like s**t” or something like that, but I just end up thinking: “I don’t really care, I’m having a good life.”‘

But after almost three years in the spotlight, Olivia has learnt to deal with online abuse and trolls by blocking the cruel people.

She said, ‘I love the block button.

‘If I can see it, it will play on my mind. I’ve just learned to read it, accept it, delete it, block them and then reply to the people who are actually being nice to you.’

And Alex agreed with his wife, saying, ‘I used to message trolls.. But they would message back saying they hadn’t meant it, they juts wanted me to reply. That is very silly.

‘You just have to concentrate on the good comemnts.’

Encryption on Facebook, Google, others threatened by planned new bill