He has followed in the footsteps of Tom Hardy, Eddie Redmayne and Ewan McGregor to feature on CBeebies’ Bedtime Stories.

And Orlando Bloom sent fans into overdrive with his appearance on the show, that sees celebrities read pre-school children a story before bed, on Friday evening.

The actor, 41, was seen sitting on an armchair with his legs apart and puppy Mighty sprawled out on his lap, and appeared to leave viewers a little hot under the collar while narrating the short story. 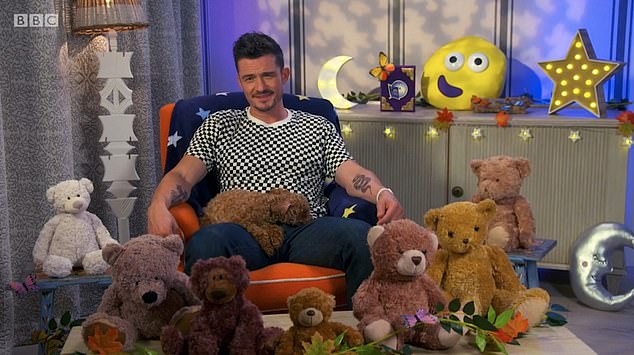 Many fans had shared their excitement over Orlando’s appearance on the show – with some joking that they would be tuning in ‘despite not having children’ themselves.

Orlando cut a dapper figure for his narrating role and was clad in dark jeans and a checkered t-shirt, that left the tattoos on his forearms visible.

Sporting a huge smile, Orlando seemed delighted to be sat with his labradoodle, as he told viewers in a soothing voice: ‘Hello, I’m Orlando. The teddies, Mighty and I are spending a little time together before we settle down for bed.’

Doing his best to have mothers across the nation swooning, Orlando shot a few smouldering looks down the camera as he continued: ‘There’s nothing better than snuggling up with some special friends or family to help you feel cosy, safe and happy especially before you go to sleep. 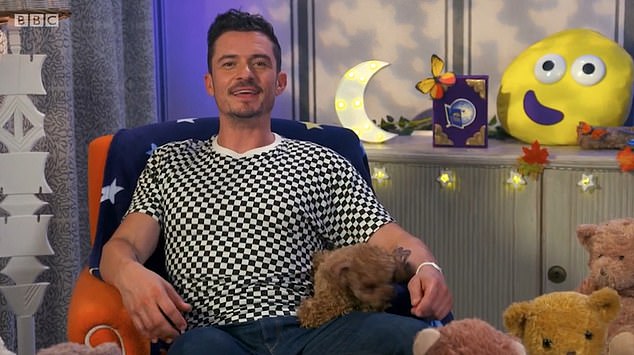 One for the mums? The actor, 41, was seen sitting on an armchair with his legs apart and puppy Mighty sprawled out on his lap, and appeared to leave viewers a little hot under the collar

‘Thank you, CBeebies’: Orlando has plenty of admirers tuning in to his guest sport – many without kids but wanting to see the actor in action

Tonight’s bedtime story is about the importance and magic of having loving people in your life.’

The star was seen wriggling around in his seat, as his pup decided to rearrange his position on Orlando’s lap, before launching into the evening’s chosen book.

Fans were quick to share their joy at seeing Orlando on their screens, with many admiring the Pirates of the Caribbean actor from afar.

They penned: ‘I want Orlando Bloom to read me a bedtime story, ding dong!

‘When you watch and record CBeebies bedtime story just because it’s Orlando Bloom reading the story… who cares if I don’t have kids.

‘Highlight of the day was Orlando Bloom Reading the bedtimes story. Thank-you @CBeebiesHQ.

‘I just watched Orlando Bloom read a bedtime story on Cbeebies, I don’t have a child.’

Orlando – who is father to seven-year-old son Flynn from his previous marriage to Miranda Kerr – previously spoke of the importance of storytelling for children, insisting: ‘Children light up when being taken on imaginary adventures through storytelling, and it helps their creativity grow.’

He is currently dating pop sensation Katy Perry, as the pair rekindled their relationship in April – over a year after they first split in Feburary 2017, and has revealed he would love to have more children. 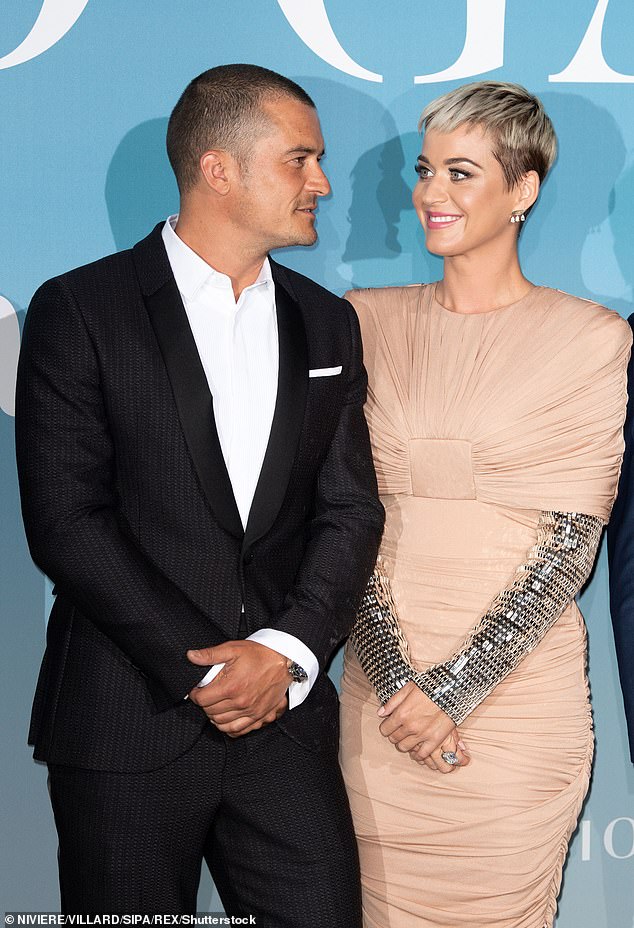 Back together: Orlando is currently dating pop sensation Katy Perry, as the pair rekindled their relationship in April  – over a year after they first split in Feburary 2017

Speaking of her relationship with Orlando, Katy claimed that the pair have now found a ‘balance’ despite their differences.

She said: ‘I think when you’re attracted to someone, it’s sort of like how opposites attract. I’m looking for that balance and maybe he’s looking for [someone who is] a multi-tasker.’

Her comments follow reports that the Pirates of the Caribbean star is feeling ‘very happy’ in his relationship with the Part of Me hitmaker and is feeling ‘like a new person’ as he’s ‘matured’ a lot since the first time they started dating.

The insider told PEOPLE.com: ‘He is ready to settle down with Katy. Being with Katy makes Orlando very happy.

‘In the past, he seemed so scattered and unwilling to settle down. He is like a new person now and everyone is excited for him.’

They added: ‘Orlando is in a different place than he was last year. He has matured a lot. He realised that being single isn’t that great after all. His relationship with Katy wasn’t right the first time around, but it very much is now.’ 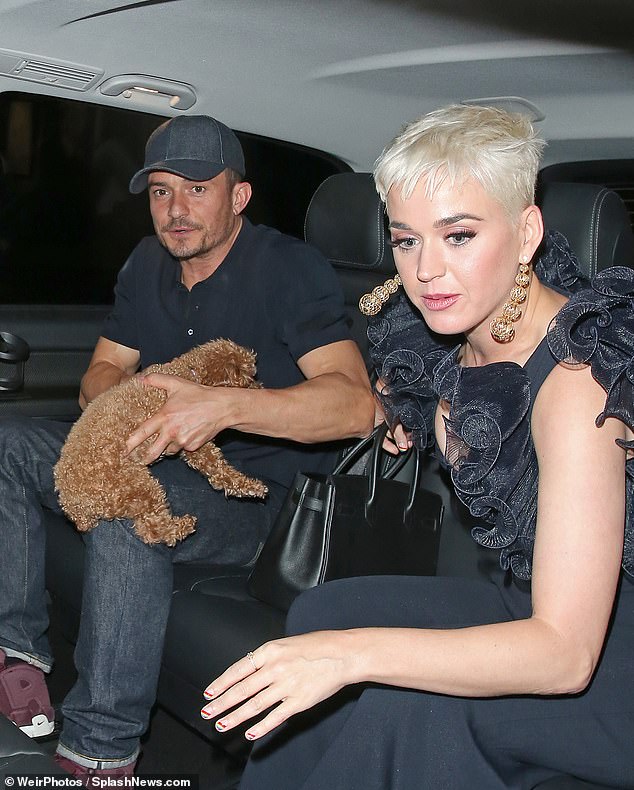 Making it work: Speaking of her relationship with Orlando, Katy claimed that the pair have now found a ‘balance’ despite their differences, as ‘opposites attract’

No, Brendan Cole hasn't been banned from Strictly Come Dancing

How old is Peter Egan, who's the Hold the Sunset actor's wife Myra Frances and when was he in Downton Abbey?