Pamela Anderson has split from movie producer husband Jon Peters after only 12 days of marriage.

The newlyweds have decided to ‘take some time apart to re-evaluate what [they] want from life and from one another,’ revealed Anderson in a statement to The Hollywood Reporter on Saturday.

The pair, having married just twelve days prior in Malibu, hadn’t yet taken care of the necessary legalities needed to obtain a valid marriage certificate. 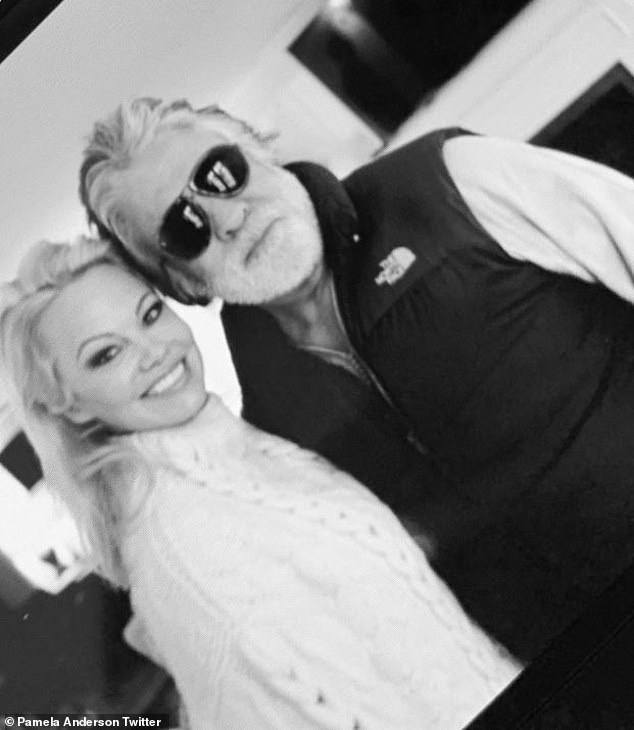 Over: Pamela Anderson and movie producer Jon Peters wedding is over just less than two weeks after their wedding 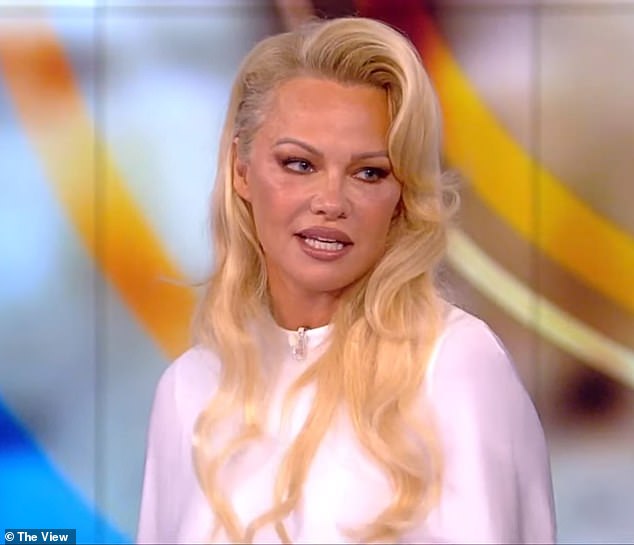 Her words: ‘We have mutually decided to put off the formalization of our marriage certificate and put our faith in the process. Thank you for respecting our privacy,’ wrote Pamela in an exclusive statement to The Hollywood Reporter

‘I have been moved by the warm reception to Jon and my union,’ continued Anderson.

She expressed how ‘very grateful’ she would be to earn the support of the public, as Peters and herself consciously put a halt on their roles as husband and wife.

‘Life is a journey and love is a process. With that universal truth in mind, we have mutually decided to put off the formalization of our marriage certificate and put our faith in the process. Thank you for respecting our privacy,’ concluded the Baywatch starlet.

The Hollywood Reporter reached out to Peters for comment, but have yet to receive a response to their inquiry. 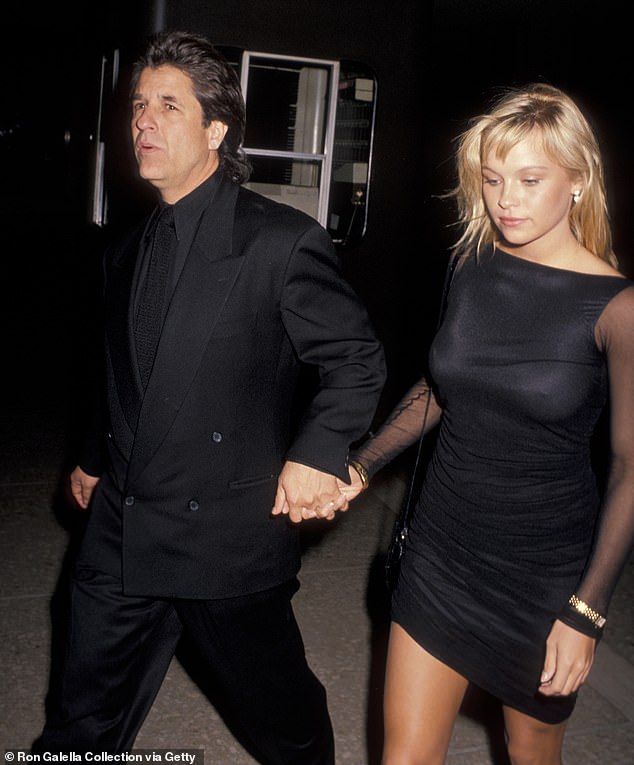 The good ole days: The two have a history: they dated more than 30 years ago and reunited only recently. Seen in 1989

The pair married on January 20th during a private ceremony, where Anderson’s sons Brandon and Dylan Lee, who she shares with ex Tommy Lee, were in attendance.

WHO IS JON PETERS?

He started out as a hairdresser at his family’s Rodeo Drive salon in Beverly Hills.

The half Italian, half Native American playboy grew close to one of his customers, singer Streisand, and then he started dating her.

Jon got noticed in Hollywood when he worked on her smash hit movie A Star Is Born in 1976.

Then the films started rolling in.

He last worked on 2018’s A Star Is Born remake with Bradley Cooper and Lady Gaga.

He also is known for his partnership with Peter Guber. From 1989 until 1991 they ran Sony Pictures.

Peters was also wed to Lesley Ann Warren from 1967 until 1997; they share son Christopher.

And Peters has two daughters – Caleigh and Skye Peters – with third wife Christine Forsyth. They were wed from 1987 until 1993.

Peters’ ex wife observed the exchanging of vows in the company of the three daughters she shares with the movie producer.

Their marriage was confirmed by Pamela’s publicist.

Pamela and Jon have a history dating back 30 years when the pair met during a party held at the infamous Playboy mansion in the mid-80s.

‘I walked in and saw this little angel sitting at the bar. It was Pammy. She was like 19. I knew she would be a big star,’ recounted Peters’ to THR.

‘We ended up living together. Of course, Hefner loved her and saw her beauty. Pamela was a girl who with no makeup was gorgeous. She was very smart and very talented. I tried to talk her out of doing Playboy. I said, “Don’t do Playboy. Focus on a serious career.” She said, “You’re nuts.” She wanted to do Playboy, and she went on to do 13 covers.’

Peters popped the question to Anderson during their 1980s dating stint, but the blonde bombshell turned him down.

30 year later, Anderson reflected on her thought process during that time period and just how her opinion of the ‘Hollywood bad boy’ was able to evolve over time.

‘Jon is the original “bad boy” of Hollywood – no one compares – I love him deeply like family,’ expressed Anderson in an original poem read during the beachfront ceremony. 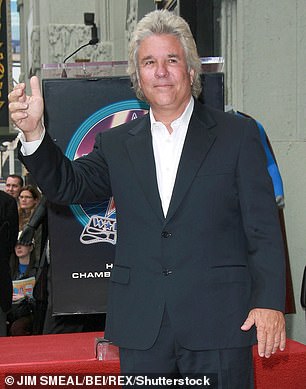 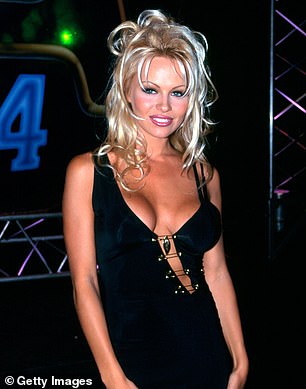 Happier times: The pair married on January 20th during a private ceremony, where Anderson’s sons Brandon and Dylan Lee, who she shares with ex Tommy Lee, were in attendance

‘His life used to scare me. So much for a girl like me. Now I’ve seen more of life and realize… he’s been there all along. Never failed me – I’m ready now and he’s ready too.’

Pamela firmly believed that the pair had a clear ‘understand[ing] and respect’ for one another.

‘We love each other without conditions. – I’m a lucky woman. –Proof God has a plan.’

When The Hollywood Reporter caught up with Peters post-wedding, he explained what exactly brought him to the alter.

‘There are beautiful girls everywhere. I could have my pick, but – for 35 years – I’ve only wanted Pamela,’ Peters told the site. ‘She makes me wild -in a good way.’

‘Pamela has never seen her full potential as an artist. She has yet to shine in a real way. There is much more to her than meets the eye, or I wouldn’t love her so much.’

As of Saturday, their sentiments have changed.

Pamela Anderson has been married a total of five times.

Anderson’s first husband was rock star Tommy Lee, to whom she was wed from 1995 until 1998. They have two adult sons: 23-year-old Brandon and 22-year-old Dylan.

The blonde bombshell was also married to Kid Rock from 2006 until 2007.

Pamela and Rick Salomon leave a Beverly Hills restaurant in 2010

‘The happy couple’ Pamela and Jon seen here in January, only days before their divorce

Personal trainer, 30, shares the five things she did to grow her bum