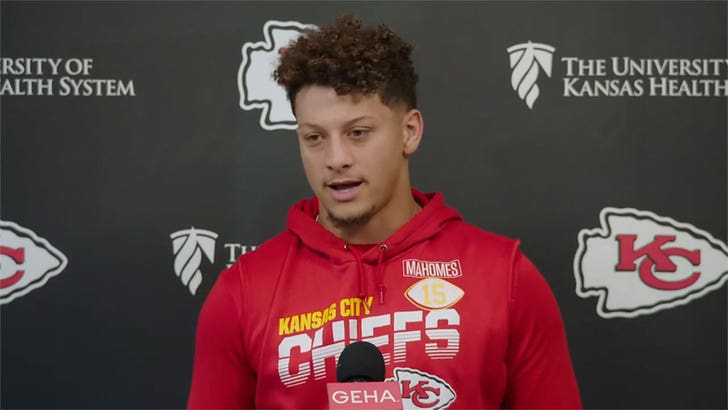 Patrick Mahomes was clearly less than pleased to see his little brother pouring water on smack-talking Ravens fans … telling reporters Wednesday, “Obviously it’s something we don’t necessarily want to do.”

Jackson Mahomes was caught on camera dousing Baltimore supporters with a bottle of water following the Chiefs’ loss at M&T Bank Stadium on Sunday.

The video — which shows fans jabbing at Jackson after the game before he tossed the liquid all over them — quickly went viral … and Patrick said in his weekly meeting with media members that he wasn’t thrilled with it all.

The Chiefs star, though, did seem to at least understand the impulsive act … saying, “There was things said to him and [my fiancée] Brittany that you don’t see kind of on the clip.”

Still, Patrick is hoping Jackson learns from the situation and deals with it in a different manner going forward.

“He’s been good at not trying to respond to that stuff,” Patrick said. “He takes a lot and he’s usually pretty good at it.”

“He’ll learn from it and just try to stay away from those people best he can.”

Jackson has been a mainstay at his older brother’s games throughout his career … and, despite Sunday’s incident, he’s still expected to be on the sidelines and in the stands at Patrick’s games going forward.

'Avatar 2' Will Still Make Its 2021 Release Date Despite the Coronavirus Delay, According to James Cameron