While every movie needs a bad guy, Moxie‘s villain is truly vile… even the actor who plays him thinks so. Amy Poehler’s new Netflix movie is a feminist battlecry, but the character who spurs on the events in the film is the opposite of inspirational. But before you hate on Patrick Schwarzenegger (who plays Mitchell in Moxie), his quotes prove he’s just as disgusted with Mitchell as the fans are.

The teen film, which hit Netflix on March 3, is based on a 2017 novel by the same name and follows 16-year-old Vivian (Hadley Robinson) as she accidentally starts a feminist revolution. After anonymous releasing an old-school zine, Vivian finds herself secretly leading a rebellion against the toxic masculinity at her school. And the catalyst behind her newfound activism is the school’s "star athlete," Mitchell.

Spoiler alert: This post contains spoilers for Moxie. So uh, what’s so bad about Mitchell? Instead of just following the usual hot jock, teen movie stereotype, Mitchell is actually straight up terrible. He harasses Lucy (Alycia Pascual-Peña) — a confident new girl at school — after she turns down his advances, and at the end of the film fans learn he sexually assaulted a popular girl named Emma (Josephine Langford). 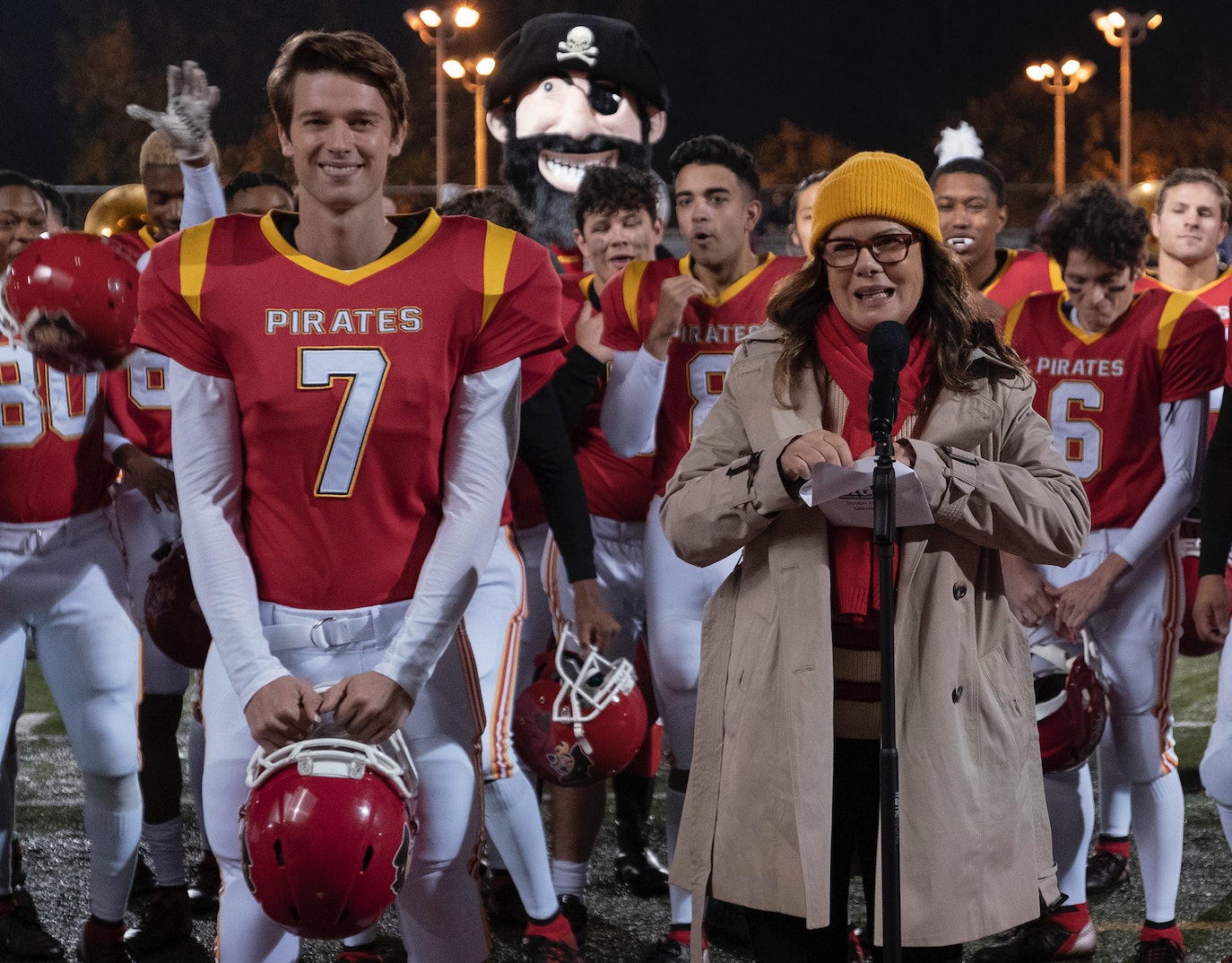 Since the character was written to be detested, Schwarzenegger (whose dad is Arnold Schwarzenegger) admitted he "wasn’t excited to play him [Mitchell])." In a Feb. 23 interview with Screen Rant he said: "I’m very far removed from this type of character … It sucks to play the villain and just a terrible guy. He’s just disgusting on multiple levels, so it was kind of tough. But at the same time, it was great to be able to be part of this overall project and message and to work with someone like Amy Poehler and Netflix."

According to Schwarzenegger, it was Poehler who urged him to make Mitchell as unlikeable as possible. "She [Poehler] really wanted me to play with it, and she always pushed me to be more of an asshole. More and more. She was really great to work with." As for why Mitchell is the way he is, Schwarzenegger didn’t have an answer, but he suspected something in his past made him "feel powerful by doing these things."

Luckily the end of the film finds Mitchell being questioned about his actions and his victims coming together to heal. Though Schwarzenegger isn’t like his character, it definitely took some serious ~moxie~ for him to portray Mitchell on screen.

Moxie is streaming now on Netflix.