Days after Paulina Porizkova and Aaron Sorkin went public with their romance, the supermodel dished on the fun she had by turning the Academy Awards into an ‘intimate’ date night.

“Although I have attended the Oscars before (as a fashion correspondent for the TV-Guide channel), this was my first time at the Oscars as an attendee,” Paulina Porizkova wrote on Tuesday (Apr. 27), days after she and Aaron Sorkin made their debut as a couple at the 93rd Academy Awards. Paulina, 56, reflected on the magical night with Aaron, 59, while sharing a photo from the Oscars’ red carpet. “I thought – and wasn’t wrong- that this would be the most original ceremony ever. The intimacy of it was lovely; but it was also freezing in the room (all that ventilation), which incidentally also allowed me to snuggle close to my date. Who, yes, kept me warm all night [face covered in hearts emoji].” 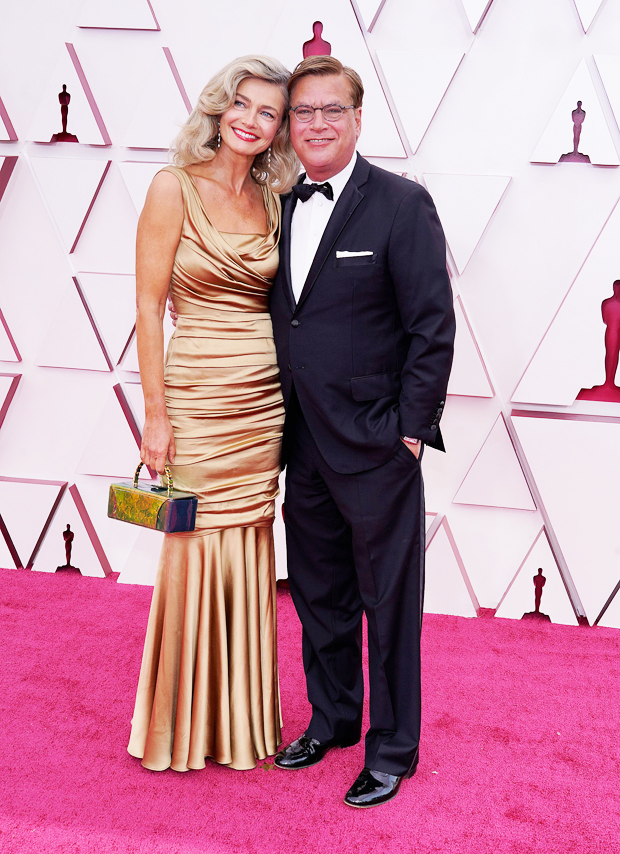 Paulina also gave a very cute tidbit about her outfit for the Oscars. “The dress is a fifteen-year-old Dolce Gabbana – the only gown in my closet. Also, I figured it made me look sort of like a female Oscar – so in case Aaron didn’t win one- he could still take one home.” Aaron was nominated for Best Original Screenplay for The Trial of the Chicago 7. He lost to Emerald Fennell (Promising Young Woman), but it’s safe to say he went home feeling like a winner.

The fashion icon tagged her posts with hashtags “#grateful” and “#newbeginnings,” indicating this new chapter in her love life. Though Paulina and Ric Ocasek had separated in 2017, the couple hadn’t divorced and were still living under the same roof when he passed away in 2019. After grieving the man she once called her “soulmate,” Paulina began to put herself back on the market. 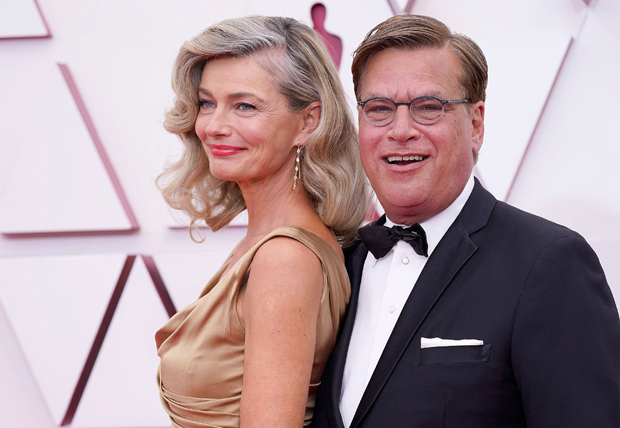 “I have most certainly been on dates! And that’s an interesting thing in itself in the pandemic,” she said during a March 2021 episode of the HollywoodLife Podcast. “Obviously, these dates are all sitting and dining outside, freezing your butt off and trying to get to know each other while your toes are freezing!” Paulina shared that she was casting a “wide” net when it came to potential partners and that she had “gone out with some pretty normal people that are invariably really sweet and charming and…will spend most of the time talking about themselves.”

She said she was “pretty open” when it comes to people, but if someone had “emotionally unavailability” or didn’t love their mother, they could go ahead and swipe left. Apparently, she swiped right on Aaron, as the two have reportedly been “seeing each other for a few months” now.

Mum's terror after stranger grabbed her boy, 3, kissed him on the cheek and said 'he's mine'