Wolfe, whose credits range from writing the musical “Jelly’s Last Jam” to directing “Angels In America,” has received the PEN/Mike Nichols Writing for Performance Award for work that “enlightens and inspires audiences.” Carson, a three-time finalist for the National Book Critics Circle poetry award and an acclaimed translator of Greek drama, has won the PEN/Nabokov Award for work of “enduring originality and consummate craftsmanship.”

Other citations announced Tuesday by PEN America include the PEN/Laura Pels Award for theater to the performance artist and playwright Daniel Alexander Jones, the PEN/Nora Magid Award for magazine editing to Prairie Schooner editor Kwame Dawes, and the PEN/Manheim Award for translation to Pierre Joris, who has worked on poems by Paul Celan and Jean-Pierre Duprey among others. 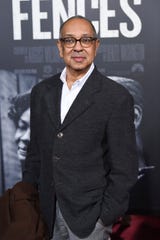 “Among this year’s winners are revolutionaries, icons, and trailblazers,” PEN America’s Jane Marchant, director of the Literary Awards program, said in a statement. “By poetry, translation, screenwriting, dramaturgy, performance writing, and the art of editing, these honorees transform the arc of the literary canon and infuse it with striking originality.”

The winners will formally receive their awards during an April 8 virtual ceremony.

Most recently, PEN America announced a new award in 2020 called the PEN America/L’Engle-Rahman Prize for Mentorship. It is an honor given to participants in the literary and human rights organization’s Prison Writing Mentorship Program where eight winners each receive $250 and a set of books chosen by their respective mentor/mentee.

What is the Doctor Who Tardis, is it on Google Maps, what is it like inside and what does TARDIS stand for?