Today in Where in the World is Kim Kardashian and Pete Davidson, the couple have apparently left the paradise that is Staten Island and made their way back to Kim Kardashian’s hometown of Los Angeles.

Kim and Pete were spotted by TMZ having breakfast at the Fountain Coffee Room in the Beverly Hills Hotel yesterday morning, and now pics have emerged of Pete leaving XIV Karats in Beverly Hills with a handful of shopping bags / casually getting into Kim’s Rolls-Royce. 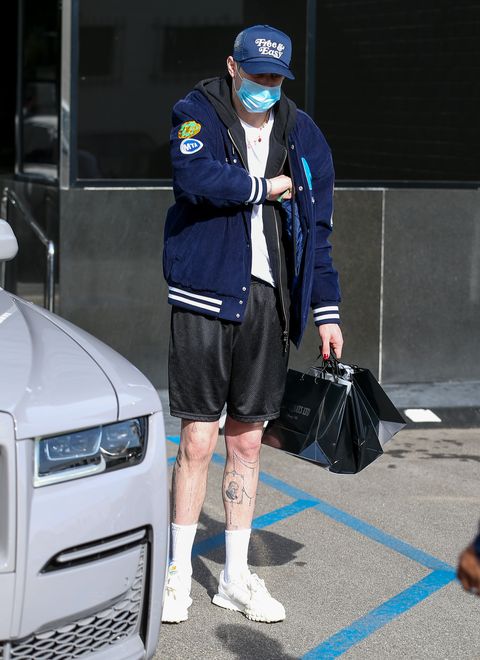 TBD on what Pete was buying, but considering he’s rumored to be staying in California for the Kardashians’ Christmas, I’m going to assume presents. 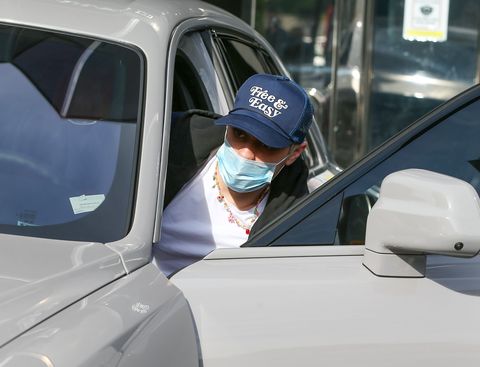 Anyway, speaking of the holidays, Pete is reportedly attending Kris Jenner’s annual Christmas party, and a source tells E! News that Kim is “really excited about having him around and Kris is already obsessed with him. The whole family is a fan of Pete’s and would love to spend a holiday with him.” The source adds that “Kim and Pete have many upcoming plans and things are going really well. She has even considered going to support him in Miami for New Year’s. He has told her he’d love for her to be there.”

Also relevant? The fact that Kris Jenner also invited Kim’s estranged husband Kanye West, which means “there is a possibility they will both be there.” Which could potentially be pretty awkward considering Kanye’s spent the past several months publicly asking Kim to get back together with him. And also let’s not forget that Kim just officially dropped “West” from her last name and asked to be declared legally single.

That said, the Kardashians have a history of getting along well with their exes, so chances are Pete and Kanye will be chill if they do run into each other. ¯\_(ツ)_/¯

Jay-Z offers to pay fines for Alvin Cole’s mother, sisters and other Wisconsin protestors who were arrested

When is Eid al-Adha 2020? UK date and how to celebrate the second Eid