Peter Andre has announced that he has landed a mysterious film role after he revealed he had got the part with a sneak peek at his brand new script on Instagram.

The Mysterious Girl singer, 48, shared the “exciting” news with his 1.7 million followers on Monday as he began his journey for the upcoming movie.

However, this isn’t the first time the singer has stepped into an acting role after he transformed into a heavily tattooed heroin addict for a gritty drama in his latest film The Inheritance in 2019.

In the short clip the father-of-four shared online, Peter can be seen working with British director Fredi Inwaka on the new film which is currently titled Ja-Faican and features a “suspicious character” named Billy Buckle. The star, who recently labelled Piers Morgan as "irreplaceable" on Good Morning Britain, announced that the crew will start filming in September for his latest blockbuster after shooting was postponed due to the ongoing coronavirus pandemic.

In a video he shared on his Instagram, Peter admitted: "I was supposed to be out there, in Los Angeles this year. They were parts in feature films that I was sent scripts of.

“I was incredibly excited to get to work in feature films … 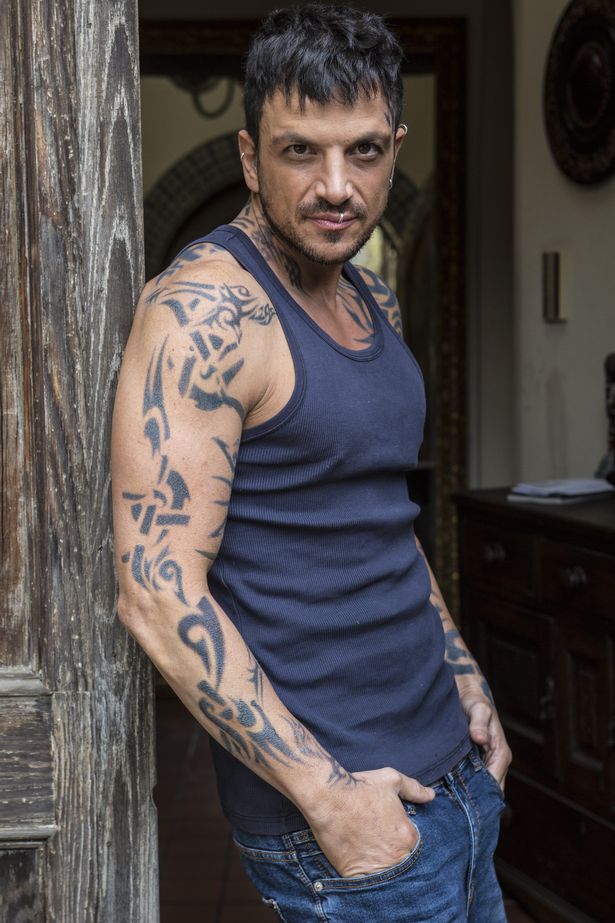 “I’ll definitely go out there when we can – and I might just take Junior with me. That’s what Junior wants to do. He’s not as interested in doing music, but he loves acting.

“They don’t know me so well out there, which is brilliant when you want to start on a new path.”

His son Junior, 15, who he shares with his ex-wife Katie Price, made his acting debut alongside his famous father in a comedy film titled On The Other Foot which shares the story of a racist man finding himself in the body of a black man.

The film is still in production and is set to hit the cinemas later on this year.

This comes after the proud father, who recently shared a rare snap of his son Theo dressed in the Greatest Showman outfit, announced he is set to return to the stage in the role of Vince Fontaine and Teen Angel in the hit musical Grease.

The much-loved musical will be touring the country later this year following the huge hit the arts industry took during the coronavirus outbreak last year. In an interview with BBC Breakfast, the 90s singer said: "No, it’s going to be fantastic bringing that back to the stage and I think people want to get out to the theatre.

“The theatres have taken a massive hit as you can imagine, including all the people who work on lights, the sound, production, crew.

“There are so many people that are aching to get back on stage.”

‘Counting On’: Why Do the Duggars Have Long Hair?

World War 3: How US bomber detonated nuclear missile in Greenland