This Morning host Phillip Schofield, 58, has documented the moment he received the first of his coronavirus vaccines today while announcing it on social media. The ITV star took to Instagram to share the news with his fans, as he also thanked the NHS for the “painless” experience.

All painlessly jabbed up that couldn’t have been any easier, more efficient or friendlier

Taking to Instagram, Phillip posted a snap of the moment he was “jabbed” by the NHS in view of his 3.1million followers.

In the first of two Instagram stories, the TV star is pictured sitting in a vaccination centre in a pair of blue jeans and a white T-shirt.

The sleeve of the right-hand side of his shirt is rolled up as an NHS staff member can be seen administering the much-awaited vaccine.

Phillip’s experience of receiving the first of the two doses was a positive one, as he cited his time at the vaccination centre as “efficient and friendly”. 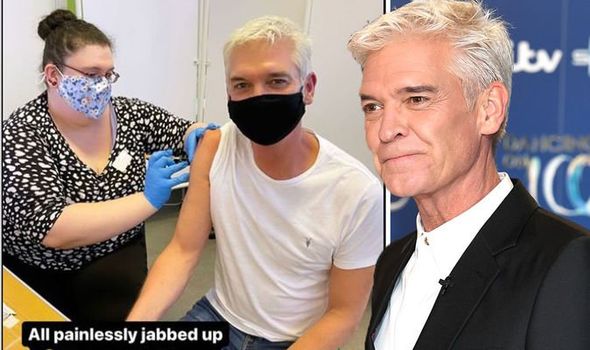 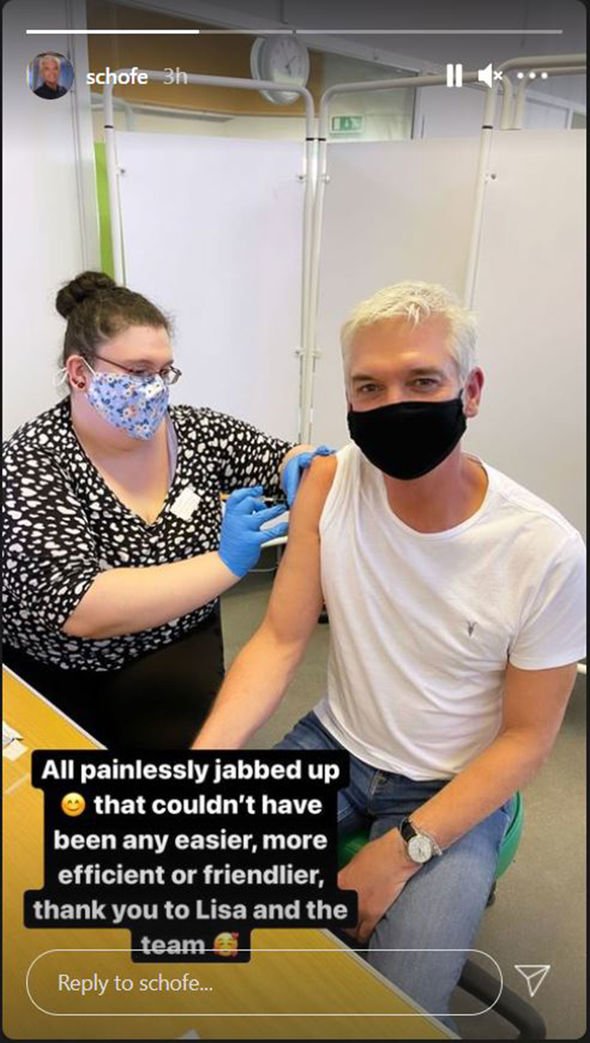 The star captioned the story: “All painlessly jabbed up that couldn’t have been any easier, more efficient or friendlier, thank you to Lisa and all the team!”

The second slide revealed that the star, who hosts This Morning with Holly Willoughby, 40, had received the AstraZeneca vaccine.

The presenter will no doubt be receiving the second dose of the Oxford vaccine within eight to 12 weeks time. 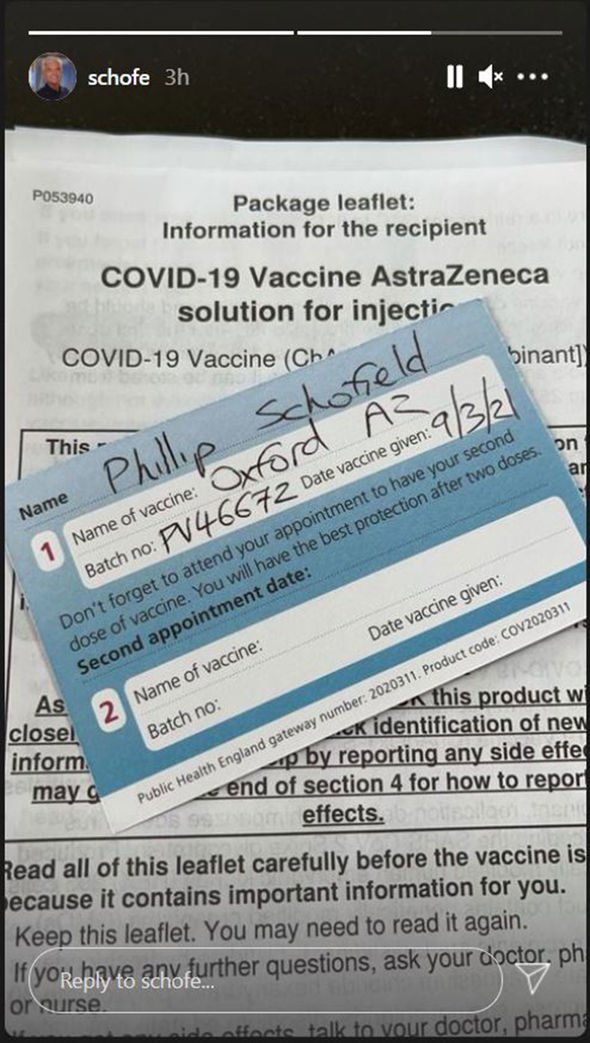 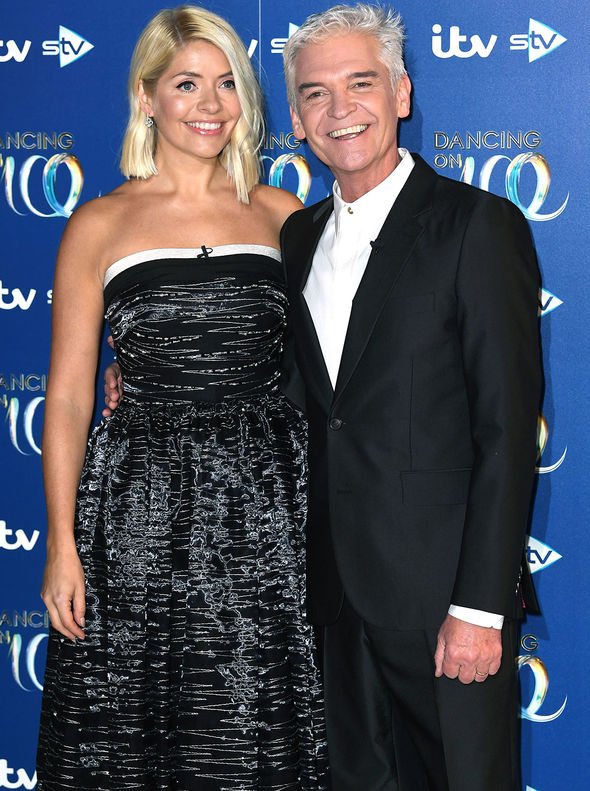 In a video which he uploaded to Twitter, the former Good Morning Britain presenter had a similarly positive experience to Phillip.

He could be heard saying from behind his mask: “Wow, I have to say, it’s been an amazingly efficient operation.

“I’ve literally been whizzed through, everyone in the line was quick, we were told exactly where to go, you treated me like the idiot I am.”

Like the This Morning host, Piers also revealed that the jab was “painless”.

Commenting on the injection, Piers said to the camera: “Very painless, in it goes, done.

Piers continued: “Not even as painful as working with Susanna Reid”.

Phillip’s good news comes days after he called out the Chancellor of Germany, Angela Merkel and French Prime Minister, Emmanuel Macron, over their U-turn on the effectiveness of the AstraZeneca vaccine.

The ITV host slammed the leaders over their hesitance to take the vaccine and suggested their viewpoint would have convinced others to refuse it too.

Phillip said: “Merkel and President Macron both were very sceptical about the Oxford vaccine now changing their tunes,” Schofield said.

“But the take up in Europe, especially in those two countries, is very very low because the vaccines were shipped and people just wouldn’t take them (sic).

“That situation, that standpoint from those two leaders has potentially cost lives.”

Sharon Osbourne Reveals How Often She and Ozzy Have Sex