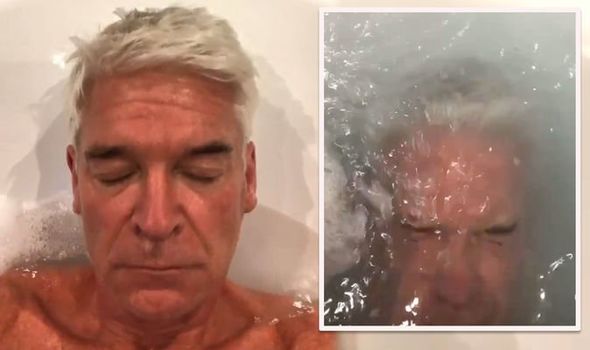 This Morning host Phillip Schofield took to Instagram yesterday after filming himself in the bath following a very busy day at home. The 58-year-old presenter could be seen submerging himself underwater in the intimate video which he later posted online.

The father-of-two, who is currently on break from the ITV show due to the summer holidays, told fans he had spent the day filling up a skip.

Although the television star did not go into further details, it was hard-work no doubt.

Phillip shared a video of himself relaxing in the tub after, presumably carrying objects back and forth to throw away in the skip, with his 3.2 million followers.

He captioned the footage: “Filled a skip and a half today! It says on the bottle ‘muscle relaxant’ fingers crossed.” 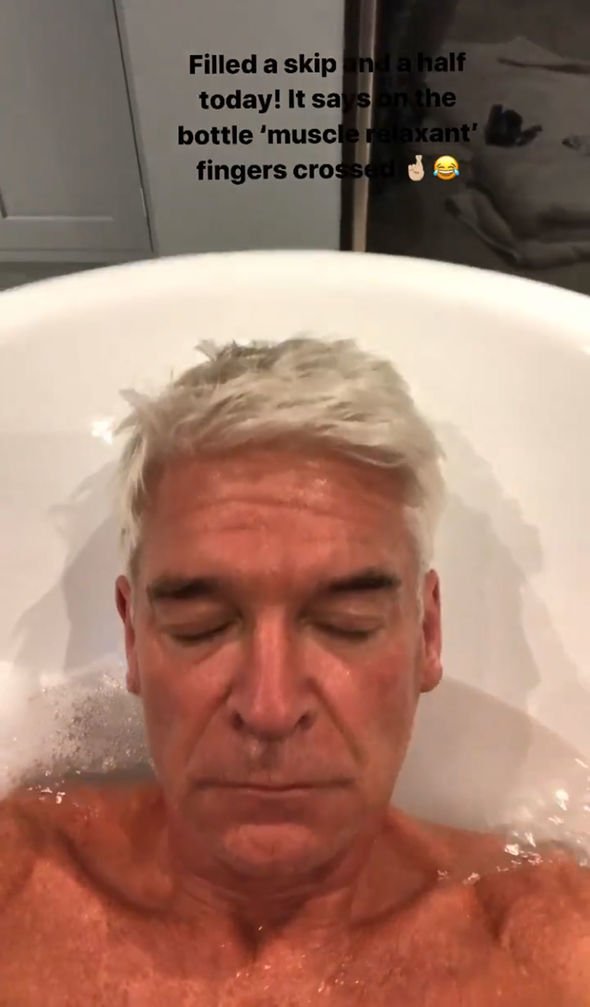 The TV presenter is currently enjoying a well-earned break from This Morning after months presenting the show during this unprecedented lockdown, due to the coronavirus outbreak.

Phillip and his co-star Holly Willoughy, who were considered key workers, continued to work throughout the almost four-month period.

Following his final appearance on the programme last week, the broadcaster told his followers he had “made it through the storm.”

Next to a picture of his empty dressing room, he wrote on Instagram: “Thank you to my incredible friends @thismorning – we made it through the storm.

“Have a great summer.” 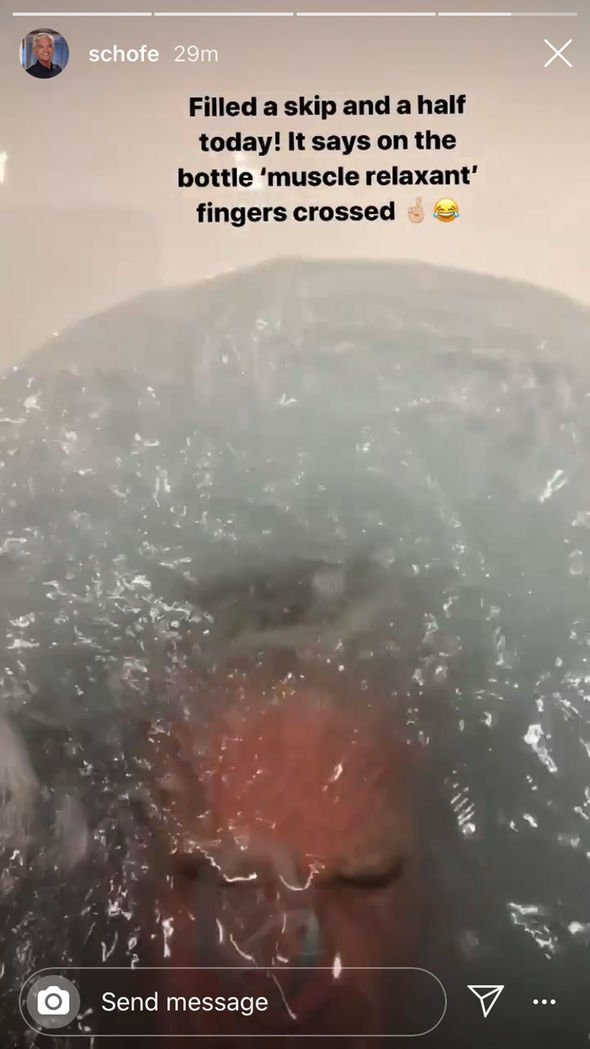 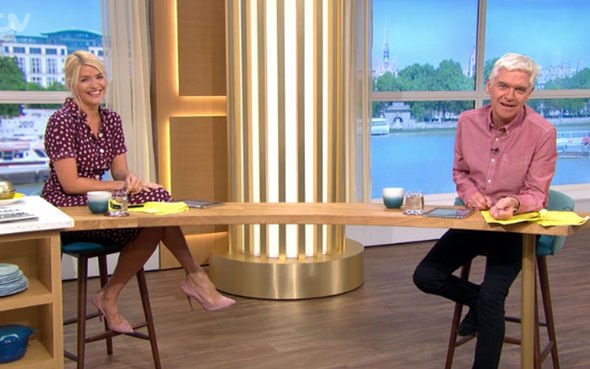 Phillip’s co-presenter Holly also took to the picture-sharing site to thank her pal for his support throughout the crisis.

She shared a lengthy post with her 6.8 million followers to mark their last show together until September, following 109 days of lockdown.

Her post began: “Thank you …. thank you for staying with us over the last 109 days… When we began this new way of broadcasting, we had no idea how long we would be able to come in, or whether it would be our last time broadcasting from the studio during lockdown.

“The team have adapted and had plan a, b, c and d in place just in case…, “Holly continued.(sic)

Sharing a bit more insight into the running of the show, Holly added: “Some days we didn’t know If we’d have the content to fill the show, but somehow we always managed it and even had a few laughs along the way.”

The presenter signed off by thanking her co-workers: “The production team who worked from home, crew, the TM family and fellow presenters who are consistently brilliant, but mostly to @schofe for metaphorically holding my hand and reliably being socially distanced shoulder to shoulder with me…

“What a strange time… Feeling incredibly grateful … Huge love, thank you again… See you in September,” Holly signed off.

iPhone 12 review: Apple's all-rounder for 2021 and beyond

Israeli delegation in Moscow to share data on plane downing

Trump called reports of Russian interference 'rumors,' while Sanders' campaign claimed it could be a leak meant to damage his candidacy