Good Morning Britain host Piers Morgan, 55, has often been referred to as “marmite” – you either love him or you hate him. Throughout the coronavirus pandemic, he pointed out he’s gained the respect of people who used to criticise him and lost some of those who used to like him… but one person in particular believes the job he’s done holding the government to account during this tough time, is “brilliant”.

And the review left even the UK’s most vocal presenter gobsmacked.

Over his hugely successful career, Sir Michael Parkinson has become something of a national treasure and the chat show host had nothing but compliments for his pal Piers.

Sharing an excerpt from a review in the newspaper, the GMB host posted it on Instagram with the caption: “Wow. Thanks Parky!” 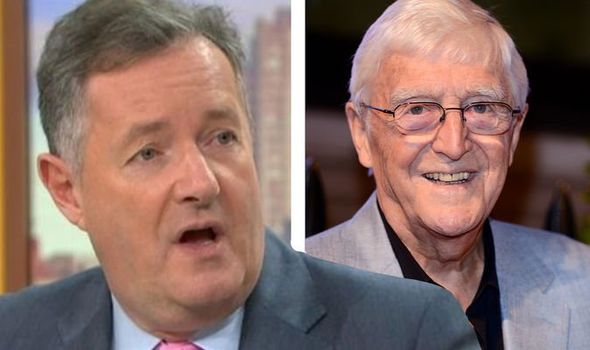 The review read: “Piers Morgan certainly isn’t in need of an ego boost, but being named TV’s ultimate interviewer by Sir Michael Parkinson is bound to be music to his ears.

“Parky went so far as to call Piers a national hero for taking politicians to task during Covid – a job he admitted is far more difficult than sitting down with film stars.”

The copy continued: “The chat show legend said: ‘God knows we need someone as tough as him nowadays.

“‘My job was to make it as entertaining as possible. With Piers he’s got to challenge people and have enough knowledge to sensibly dispute something. 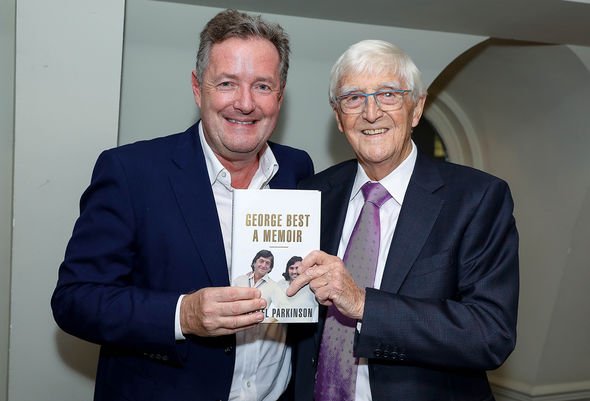 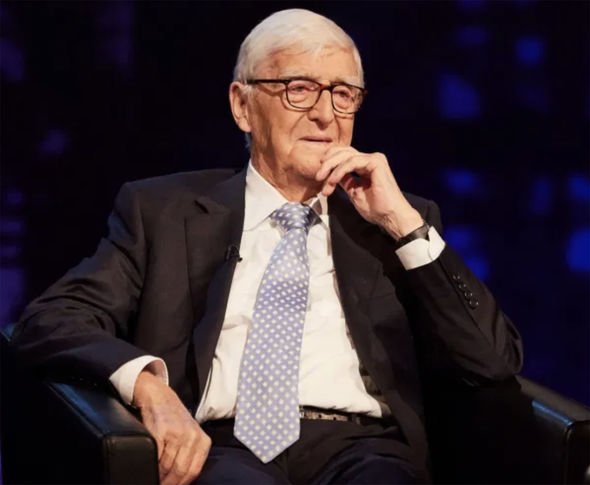 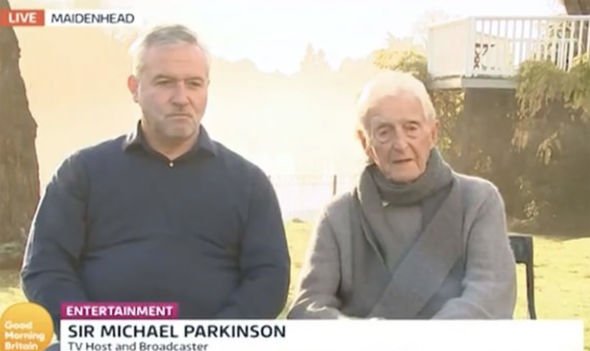 “‘He’s very necessary and the politicians who don’t go on is programme should be ashamed.

“‘He does brilliantly well and thanks God he does.

Many fans rushed to the comments section of the post to agree with the remarks while Piers revelled in the honour.

It comes after the 85-year-old joined Piers and Susanna Reid on the ITV morning show on Tuesday, appearing alongside his son Michael Parkinson Junior.

The pair have just released a book together, Like Father Like Son, in which the veteran presenter recalls his relationship with his late father.

The television stalwart spoke about the time he broke down in tears on Life Stories about his father’s passing, a memorable moment which left him, and viewers watching at home, reaching for the tissues.

On GMB, he explained why he become so upset, saying “you can’t lock away” grief in a “compartment”.

“It’s bound to come out because it’s too potent and it’s part of your being,” the famous broadcaster continued.

However, he insisted he “wasn’t going to cry anymore,” but he “didn’t regret crying for his father” on television.

GMB continues weekdays at 6am on ITV.

Your Daily Horoscope for Friday, May 24