Good Morning Britain host Piers Morgan, 55, had to clear a few things up after a viewer picked up on an alleged annoying trait adopted by Susanna Reid, 49. While the ITV presenters are “inundated” with messages about the coronavirus pandemic, Piers noted that sometimes fans have “much bigger” things to worry about – total sarcasm, of course.

In his latest Daily Mail column, Piers discussed one message in particular that caught his eye and wanted to set the record straight.

“A Twitter user named Griffo (identifying only as ‘a West Ham fan who likes boxing and David Brent’) asked me: ‘Piers, is there any chance you can get Susanna to stop sucking boiled sweets while she’s presenting GMB?'” he recalled.

“‘The clacking of saliva picked up through the microphone is disgusting.’”

The point may have led to a few readers rewatching episodes to see if they could hear what the viewer claimed, but Piers made sure he addressed the query with a classic dig at himself. 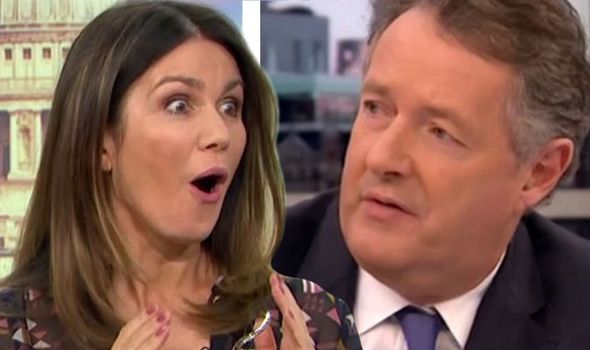 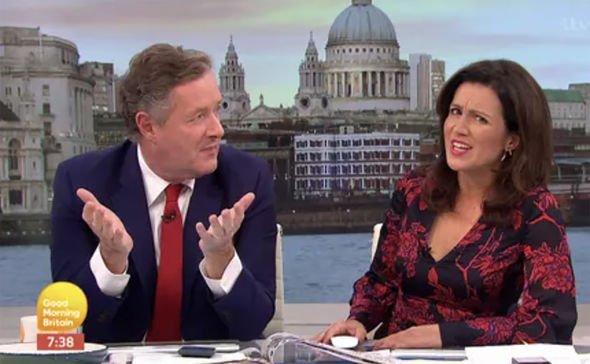 “For the record, Susanna never sucks boiled sweets when she’s on-air,” he pointed out.

“Though when I am talking, she may sometimes give the impression she’s sucking lemons.”

Piers also admitted that he questions his future on the show “every time” his alarm goes off in the mornings. 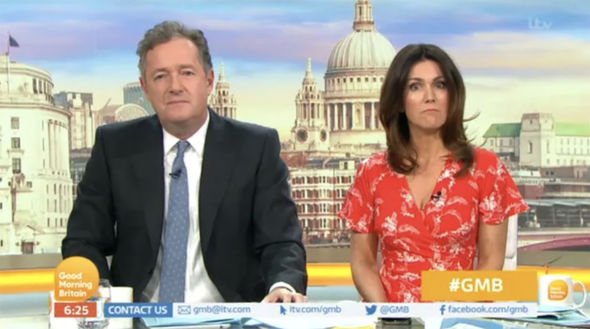 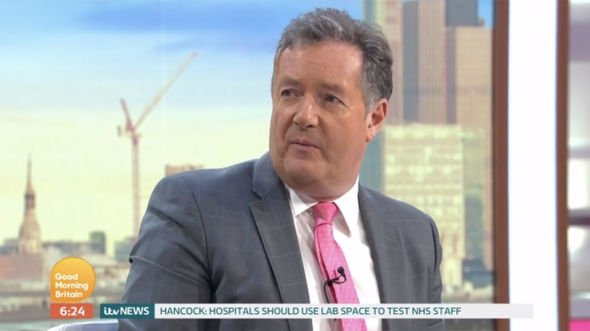 The admission comes after This Morning host Eamonn Holmes’ comments where he hailed him the “saviour of breakfast TV”, rescuing GMB from “going down the drain of vanilla blandness”.

He told journalist Rodney Ed­­­­wards on the Human Nature pod­­cast that Piers arrived and “shook it up”, but worried about how long he would last as the frontman of the show.

And it seems Piers shares the worries, as he confessed those thoughts also cross his mind.

He wrote: “That is a question that crosses my mind every time my alarm goes off at 4.45am.”

“I’ve been at GMB for nearly five years and our ratings just hit a record high.

“Amusingly, they’ve risen steadily since the Government started boycotting the show – so I’m definitely due a self-implosion.”

He continued with a phrase ingrained in his mind: “As my late, great grandmother loved to remind me whenever things were going too well: ‘Remember: one day you’re c**k of the walk, the next a feather duster.’”

There have been numerous attempts to have him removed from the GMB panel after viewers took a disliking to his ranting and toleration of guests.

The most recent petition to have him removed garnered just over 68,000 signatories, but the ITV stalwart still remains strong.

Earlier this year, he announced the terms of his latest contract with ITV, which has secured him until at least 2021.

Whether he decides enough is enough after that point, we don’t know.

But one thing is for sure – it won’t be because of the complaints or the trolls that continue to attack him for his opinions.

Good Morning Britain continues weekdays at 6am on ITV.

Singtel to invest $45m over three years on staff training

Bosch cancelled: Why has Bosch been cancelled?

Wizz Air launches six new routes from the UK with fares from £17.99 each way