Prince Philip Through the Years: The Duke of Edinburgh’s Life in Photos

The couple sat next to each other during Saturday’s services after Charles, 72, joined the procession from Windsor Castle to St George’s Chapel. 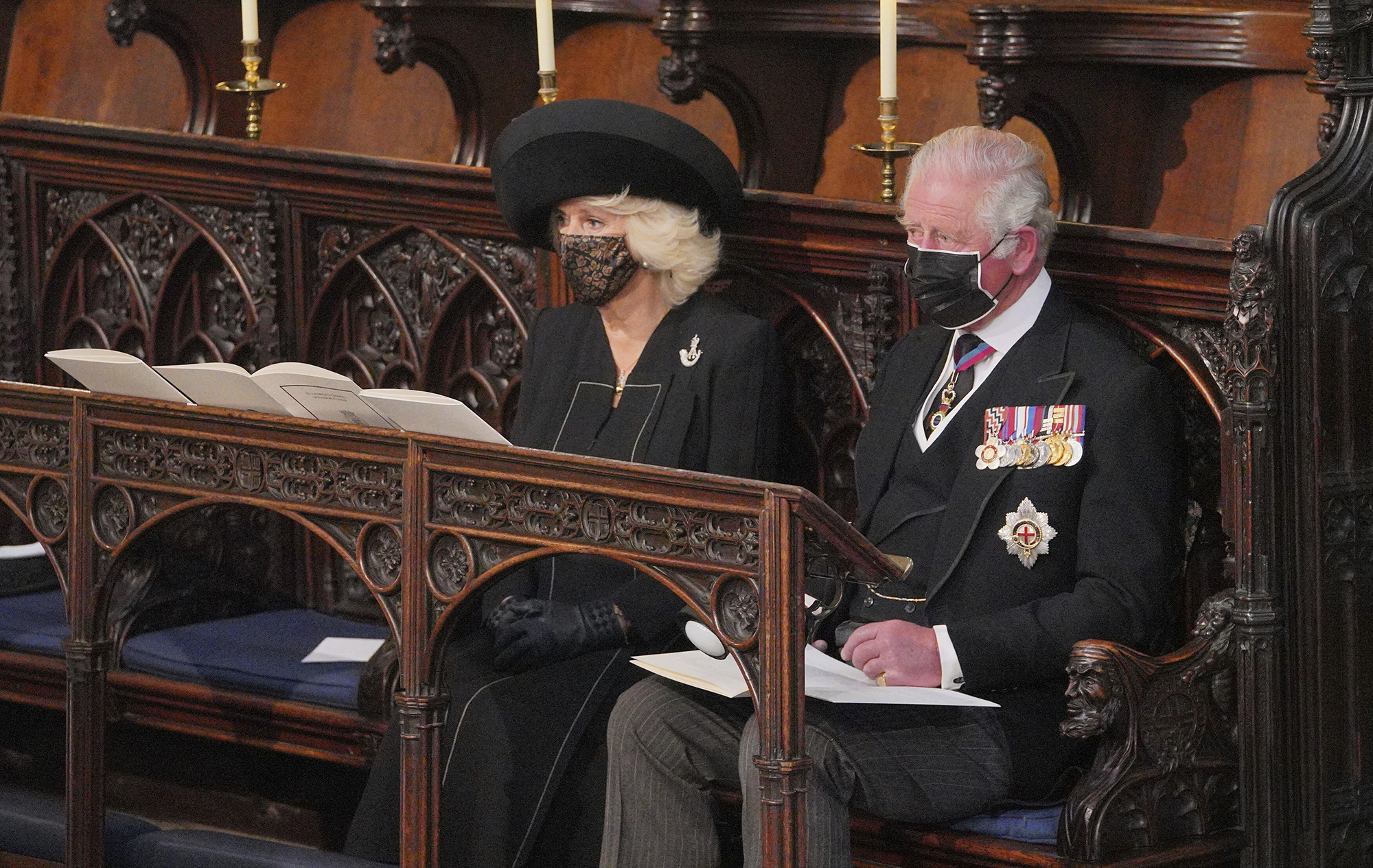 When the pair wed in 2005, their nuptials took place at Windsor Castle as opposed to in a church because they’d both been divorced previously. Though Philip and Queen Elizabeth II attended the couple’s Service of Prayer and Dedication at St George’s Chapel, they did not attend their son’s wedding ceremony.

According to royal expert Ingrid Seward, Philip was angry with his son over his 1996 divorce from Princess Diana. The pair also had a strained relationship due to Philip’s absence as his eldest son was growing up.

“I mean, remember, Prince Philip got married in ‘47 and Charles was born just a year later. So he was a very young father, and the reason he didn’t see him on his birthday is because he was away at sea, but I think it took a long time for the relationship to get better. A long, long time,” the Prince Philip Revealed author told Us Weekly exclusively in October 2020.

However, the men grew closer as time went on.

“In the last 20 years, they have finally [formed] a really good relationship, but it was bad before that,” Seward said.

The father and son duo shared a moment in February when Charles went to visit Philip in the hospital, according to royal biographer Andrew Morton.

“I think that was quite a historic meeting where effectively [Philip] passed on the family baton to Prince Charles,” the Elizabeth & Margaret: The Intimate World of the Windsor Sisters author told Us exclusively on Monday. “And so [Charles] is now head of the family.”

Charles, who inherited the Duke of Edinburgh title from his “dear papa,” shared a statement the day after the death was announced.

“I particularly wanted to say that my father, for I suppose the last 70 years, has given the most remarkable, devoted service to The Queen, to my family and to the country, but also to the whole of the Commonwealth,” he said in a public address on April 10. “As you can imagine, my family and I miss my father enormously. He was a much loved and appreciated figure. Apart from anything else … I’m so deeply touched by the number of other people here and elsewhere around the world and in the Commonwealth who also share our loss and our sorrow.”

Daily UK Covid cases pass 60,000 for first time in worst day yet as another 830 people die