The British royal family has reportedly worked together to make sure Prince Philip isn’t overwhelmed by Meghan Markle and Prince Harry’s bombshell tell-all.

On March 7, CBS aired a two-hour interview that the Duke and Duchess of Sussex did with Oprah Winfrey. During the televised sit-down, Harry, 36, revealed that his relationships with his father Prince Charles, 72, and older brother Prince William, 38, have ruptured.

Markle, 39, described feeling so isolated and miserable inside the royal family that she had suicidal thoughts. The Duchess of Sussex also alleged that a member of the royal family had “concerns” about the color of her unborn child’s skin.

The family member was not Queen Elizabeth II, 94, or Philip, 99, according to Harry, sparking a flurry of speculation about who it could be.

This image provided by Harpo Productions shows Prince Harry, from left, and Meghan, The Duchess of Sussex, in conversation with Oprah Winfrey.
(AP)

Harry also told the media mogul, 67, the royal family cut him off financially at the start of 2020 after announcing plans to step back from his roles. But he was able to afford security for his family because of the money his late mother Princess Diana left behind.

As nearly 50 million people globally watched the interview that week, Philip was hospitalized.

“He obviously knows about Harry and Meghan’s interview, but the queen, Charles and William are trying to avoid overwhelming him with their problems so they are keeping their conversations with him about the aftermath light,” a royal source alleged to Us Weekly on Wednesday.

“While the queen has been busy working, she says it’s nice to have her husband back,” the insider added. 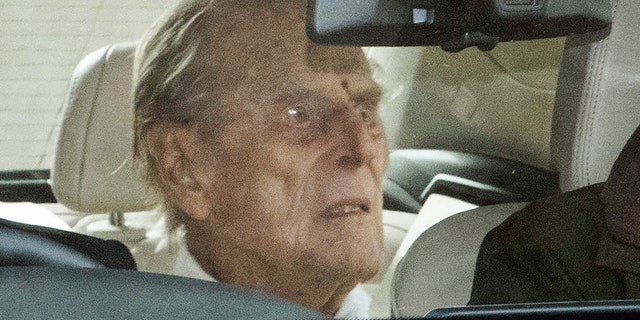 Britain’s Prince Philip as he leaves the King Edward VII hospital in the back of a car in London, Tuesday, March 16, 2021. The 99-year-old husband of Queen Elizabeth II has been hospitalized after a heart procedure.
(Stefan Rousseau/PA via AP)

One week after the interview aired, Gayle King announced on “CBS This Morning” that Philip’s grandson and his wife had a backup plan for their interview out of respect for the duke.

“If something, God forbid, had happened to him, the interview would not have run at this particular time,” said the 66-year-old. “But the interview was done and was scheduled before he went into the hospital. But a lot of people raised that point.”

On March 16, Philip returned to Windsor Castle following a month in the hospital where he was treated for an infection and underwent a heart procedure.

The queen’s husband was admitted to the private King Edward VII’s Hospital in London on Feb. 16, where he was treated for an infection. He was later transferred to a specialized cardiac care unit at St. Bartholomew’s Hospital, before returning to King Edward VII’s.

“His Royal Highness wishes to thank all the medical staff who looked after him at both King Edward VII’s Hospital and St Bartholomew’s Hospital, and everyone who has sent their good wishes,″ the palace said in a statement.

Philip’s illness was not believed to be related to COVID-19. Both Philip and Elizabeth received coronavirus vaccines in January and chose to publicize the matter to encourage others to also take the vaccine.

Philip, also known as the Duke of Edinburgh, retired in 2017 and rarely appears in public. Before his hospitalization, he had been isolating at Windsor Castle, west of London, with the queen.

The Duke and Duchess of Sussex’s tell-all with Winfrey, 67, divided people around the world. While many say the allegations demonstrate the need for change inside a palace that hasn’t kept pace with the #MeToo and Black Lives Matter movements, others have criticized Harry and Markle for dropping their bombshell while Philip was hospitalized. 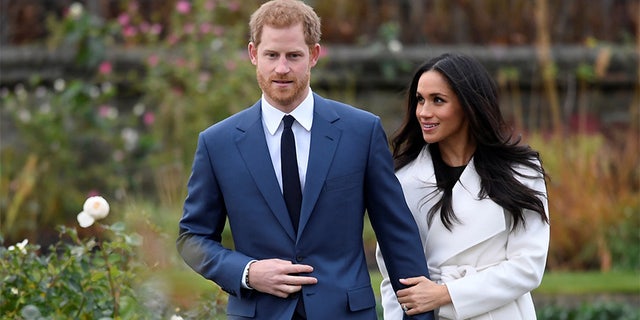 The Duke and Duchess of Sussex currently reside in California with their son Archie.
(Reuters)

The longest-serving royal consort in British history, Philip married the then-Princess Elizabeth in 1947. He and the queen have four children, eight grandchildren and nine great-grandchildren.

The Duke and Duchess of Sussex stepped away from royal duties last year and eventually settled in California, saying they wanted to escape racist coverage and unwanted intrusions on their privacy by the British media.

During the interview, the couple shared they are expecting a girl due this summer.

'Brooklyn Nine-Nine' Recap: The Adult in the Room