Influencers and fashionistas, Rickey Thompson and Denzel Dion, are launching a new podcast about pop culture. Titled We Said What We Said, the first installment premieres on Spotify on Tuesday.

“We decided to make this podcast because everyone needs that one friend who’s always honest with you,” Thompson, 24, told ET ahead of the launch.

Dion reiterated that raw honesty would be a strong theme of the conversations. “Our podcast is basically two friends having brutally honest conversations that we all have in private, but in our case, we make it public,” he said.

Thompson is a comedian and digital media star whose showbiz accomplishments have seen him featured on Variety’s Power of Young Hollywood list and named Instagrammer of the Year. He has modeled for Calvin Klein and Coach.

Dion meanwhile has an audience of 1.4 million YouTube subscribers and almost 2 million Instagram followers as he works to make the fashion and entertainment industries more inclusive. He also has a fashion line, Dion by Denzel.

They previously helmed Snapchat docuseries, Road Trippin’, which saw them traveling across rural America, inspired by The Simple Life.

The two are following in the footsteps of former first lady, Michelle Obama, who has also launched a podcast on Spotify. 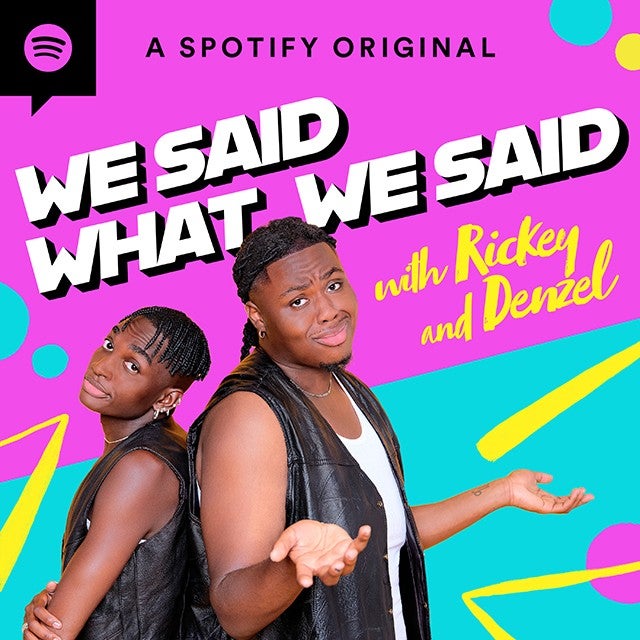