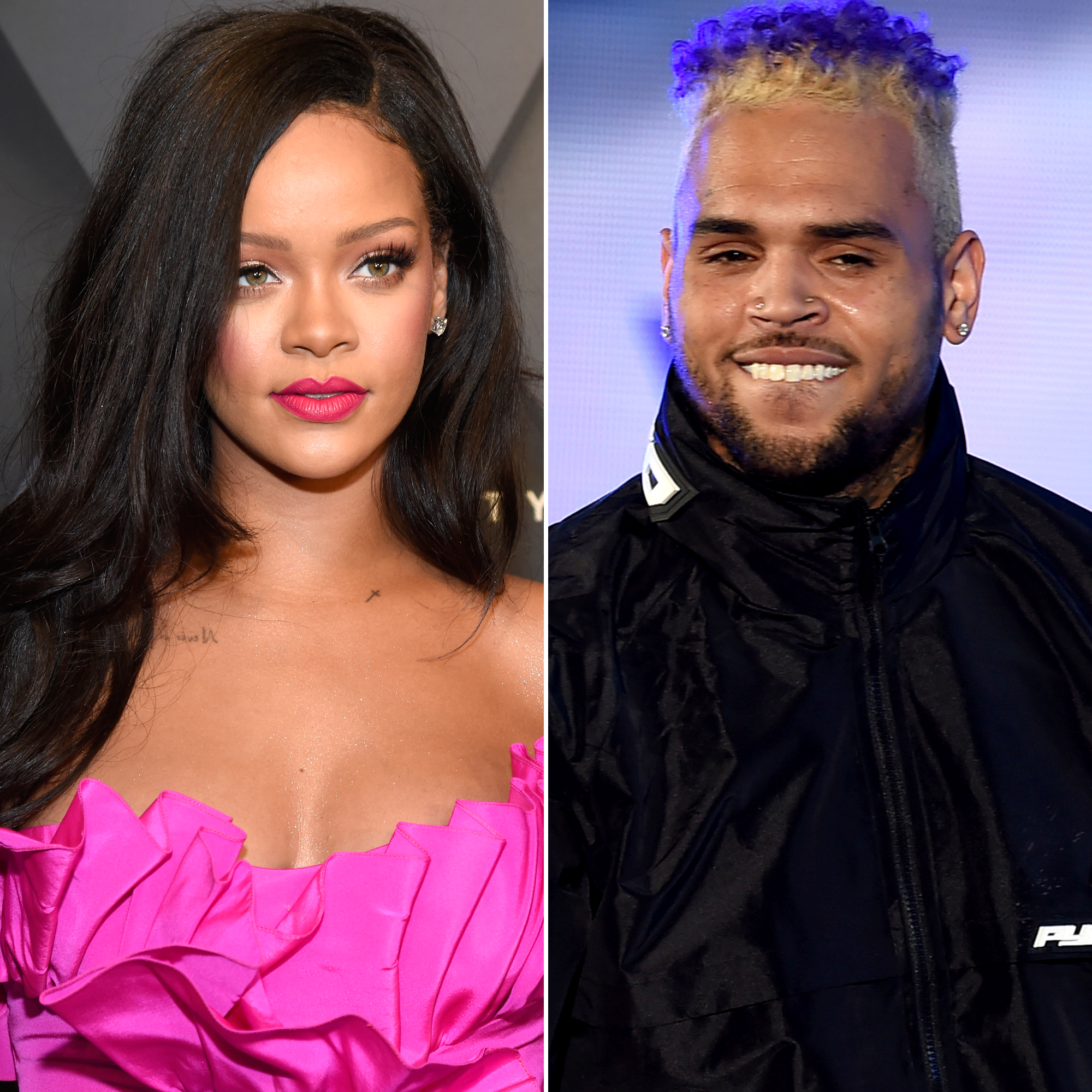 “Chris and Rihanna continue to be in frequent contact with each other. They are extremely supportive of each other’s projects,” the source reveals. “There is a lot of history between the two of them. Rihanna is aware that there will be concern about her friendship with Chris, but she can handle herself.”

Brown, 29, raised eyebrows on Saturday, November 24, when he commented on a topless Instagram photo of Rihanna, 30, with a flushed-face emoji. The “Work” singer did not publicly acknowledge her ex-boyfriend’s response, but she later shared a screenshot of a Bible verse that read in part, “There may be times when it seems that you cannot go forward, but at least you do not have to go backward.”

The Grammy winners dated from 2008 until 2009, when Brown was arrested for physically assaulting Rihanna in his car. He pleaded guilty to the felony and served five years of probation, in addition to community service and domestic violence counseling.

The “Nobody’s Business” collaborators briefly rekindled their romance in late 2012, but split again in 2013.

“I was very protective of him. I felt that people didn’t understand him,” Rihanna told Vanity Fair in 2015. “But you know, you realize after a while that in that situation you’re the enemy. You want the best for them, but if you remind them of their failures, or if you remind them of bad moments in their life, or even if you say, ‘I’m willing to put up with something,’ they think less of you — because they know you don’t deserve what they’re going to give.”

The Fenty Beauty founder later dated Drake on and off from 2009 to 2016. She has been linked to Saudi businessman Hassan Jameel since early 2017.

With reporting by Jen Heger

'Euphoria': Eric Dane Reveals How Cal and Nate Jacobs Truly Feel About Each Other