A great loss. Several members of the Riverdale cast paid tribute to the late Luke Perry, who died days after suffering a massive stroke. He was 52.

Molly Ringwald, who plays Perry’s estranged wife, Mary Andrews, on the CW series, tweeted, “My heart is broken. I will miss you so much Luke Perry. Sending all my love to your family. #LukePerry.” 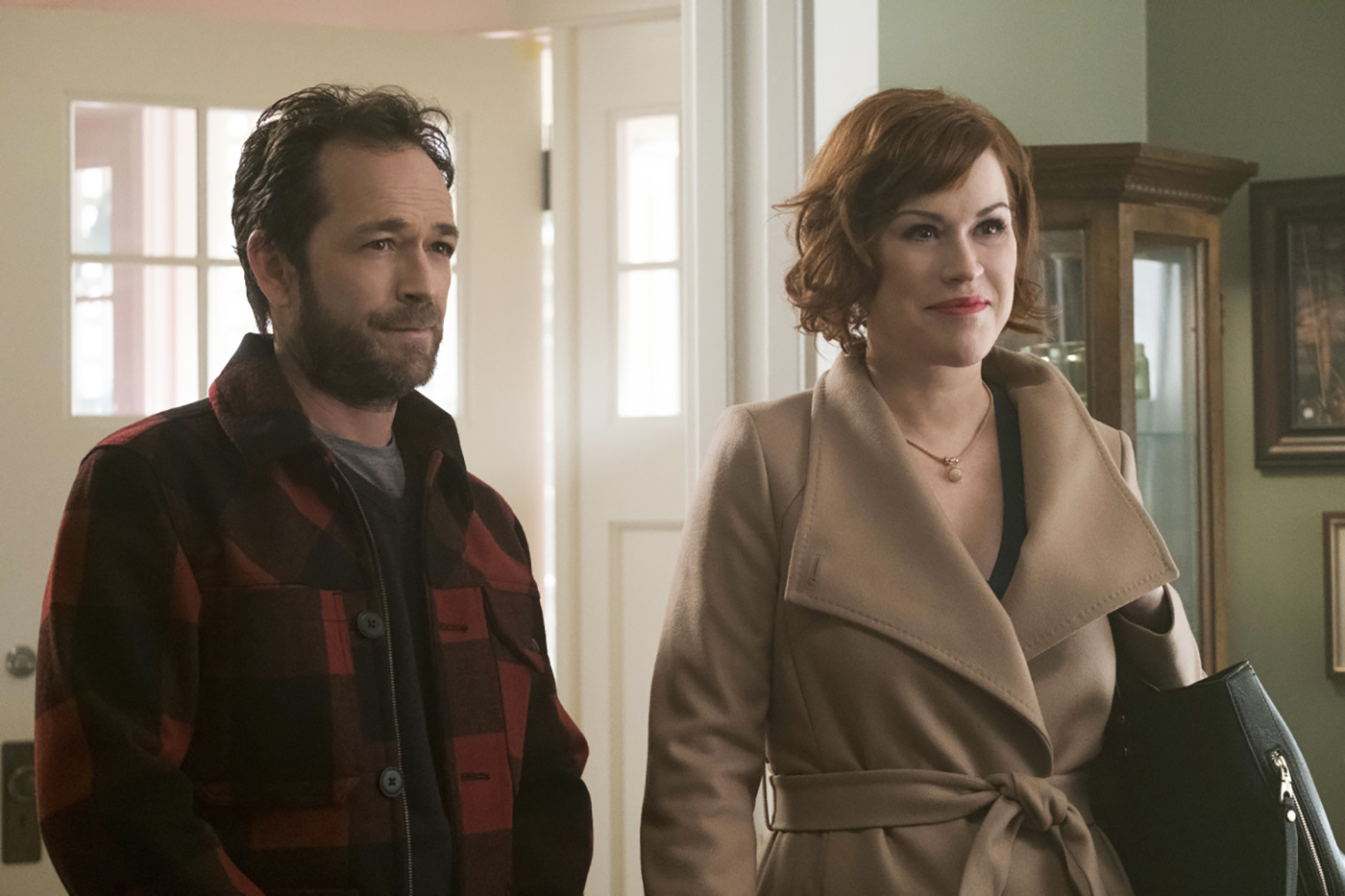 The official Twitter account for the writers of Riverdale added: “Luke Perry… you were a joyful and vibrant soul. You will be missed but most certainly your legacy will be remembered forever. Rest in love and peace, friend. #Riverdale.”

Us Weekly confirmed that Perry was rushed to the hospital via ambulance on Wednesday, February 27, after he had a stoke at his home in the Sherman Oaks neighborhood of Los Angeles. It was initially thought that the Oz alum was placed in a medically induced coma to help his brain heal, but his rep told Us that the reports were “not true.” The rep noted at the time: “Mr. Perry is currently under observation at the hospital.”

“Please. I beg of you to show Luke’s beautiful family the respect and privacy that they deserve during this devastating time,” Mädchen Amick, who plays Alice Cooper, wrote on Twitter. “Sending love to them.”

Ross Butler, who played Reggie Mantle on season 1 of Riverdale before he was replaced by Charles Melton, posted a throwback pic of Perry on Instagram with an emotional caption. “We lost an original today. A legend. He paved the way for us, Butler, 28, wrote. “Although we didn’t work much together, he always greeted me with a smile, had a joke ready, and a story to tell. Rest in peace, Luke. Rest easy.”

“The family appreciates the outpouring of support and prayers that have been extended to Luke from around the world, and respectfully request privacy in this time of great mourning,” the statement continued. “No further details will be released at this time.”

One day prior to his death, Shannen Doherty, who played Perry’s love interest on Beverly Hills, 90210, told Us she was hopeful that her former costar would recover fully.

“I will not talk about how he’s doing because it’s between the two of us, but I love him,” she said through tears. “He’s going to be great.”

I don’t have any words now. Maybe I will later. ?

I don’t have any words now. Maybe I will later. ?

'Jersey Shore': This Was Supposed to Happen When Season 1 Ended