Salma Hayek and her 14-year-old daughter, Valentina, both stunned in black on Friday to celebrate Salma’s Hollywood Walk of Fame star ceremony.

The mother-daughter duo were both stunning in black, with Salma wearing a high-low taffeta dress with a bejeweled bodice and cropped matching jacket. Valentina was a star in her own right, sporting a short black dress with furry embellishments at the top and bottom, covering the look with a black blazer and paring her outfit with knee-high black high-heeled boots. 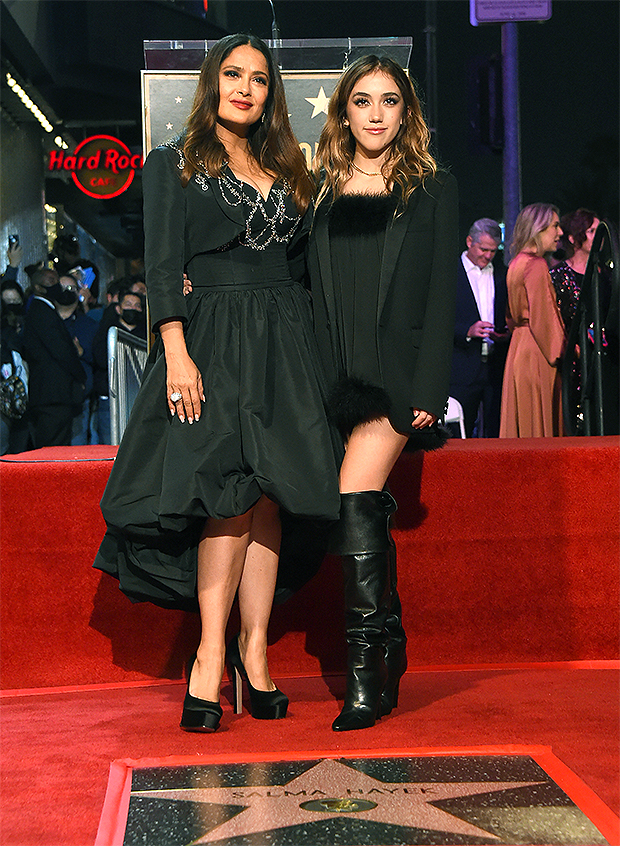 “I am very moved by tonight. It is, of course, a big honor,” Salma stated at the ceremony, reported CBS Los Angeles. “We are all made out of stardust — I think it’s 94% of our atoms are the same as the stars. We are all stars, and when you see this star, I want you to know that because you are all in my heart.” She went on, “Part of your stardust is in that place, so you tell all your friends you are part of that star, too.”

Salma Hayek — Pics Of The Actress 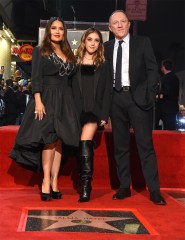 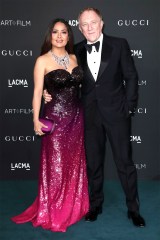 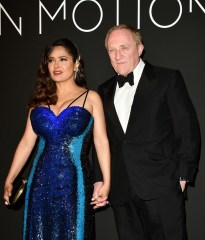 For the ceremony, Adam spoke highly of his former Grown Ups and Grown Ups 2 co-star. “It is my honor to be one of the presenters at the Hollywood Walk of Fame for the incomparable Salma Hayek,” he stated. Filmmaker Chloe was also present due to her directing Salma in the recent Marvel flick, Eternals. 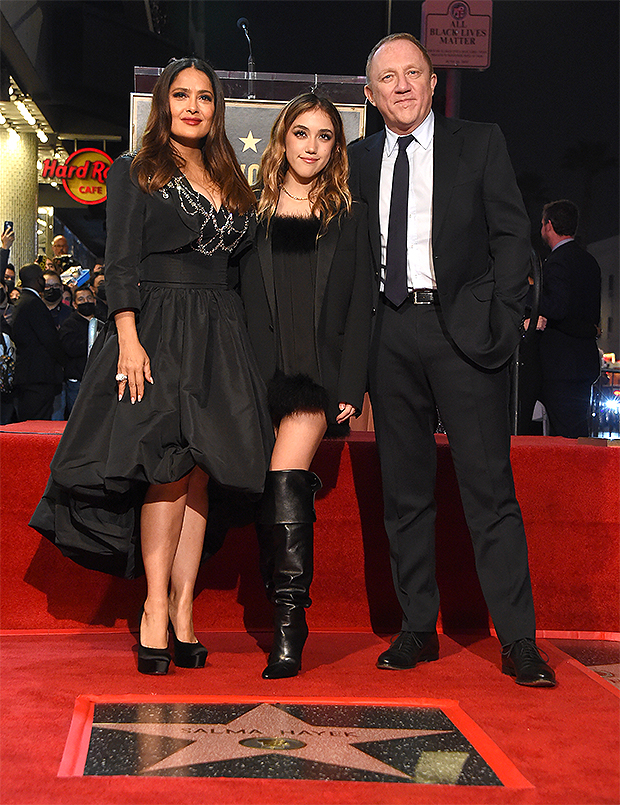 In addition to the Walk of Fame ceremony, Valentina also accompanied her mother to the Eternals London premiere on Oct. 27, looking like her mom’s mini-me in a black, long-sleeved dress covered in white dazzling dots, pairing her look with stunning black strappy heels, echoing ’70s disco style.

Valentina’s dress for that event was very similar to the one she wore for the Los Angeles premiere, to which she also accompanied her mom. For the LA event, she also wore a chic, black, long-sleeved dress with white dots, this time pairing the look with black tights and black booties. Salma also posted a photo of the two together to her Instagram. “Best Eternals premiere date ever,” Salma captioned the post, adding that she was a “Proud mama” in a hashtag.

Cardi B Quits Twitter After Sparring With Internet Trolls