Kourtney Kardashian was showered with love on her 42nd birthday, and even her ex ,Scott Disick, posted a sweet tribute!

Scott Disick took to his Instagram story to send Kourtney Kardashian some birthday love on April 18. Scott posted a somewhat recent photo of himself, Kourtney and their three kids, Mason Disick, Penelope Disick and Reign Disick. He captioned the image, “Happy birthday 2 the best mom a child could ask for and some more!” Although Kourtney and Scott haven’t dated in more than five years, they continue to spend a lot of time together for the sake of their kids.

However, despite their close co-parenting friendship, both stars are in romantic relationships of their own these days. While Scott has been dating Amelia Hamlin since the fall of 2020, Kourtney is now dating her longtime friend, Travis Barker. The pair’s relationship has gotten so serious that Travis even got Kourtney’s name tattooed across his heart!

Of course, Kourt received birthday love from her man, as well. Travis posted a series of PDA photos of himself and Kourtney on Instagram, which he captioned, “I f***ing love you! You’re a blessing to this world. Happy birthday.” In one of the raunchiest images from the set, Kourtney even sucked on Travis’s finger, which had fans going wild in the comments section! 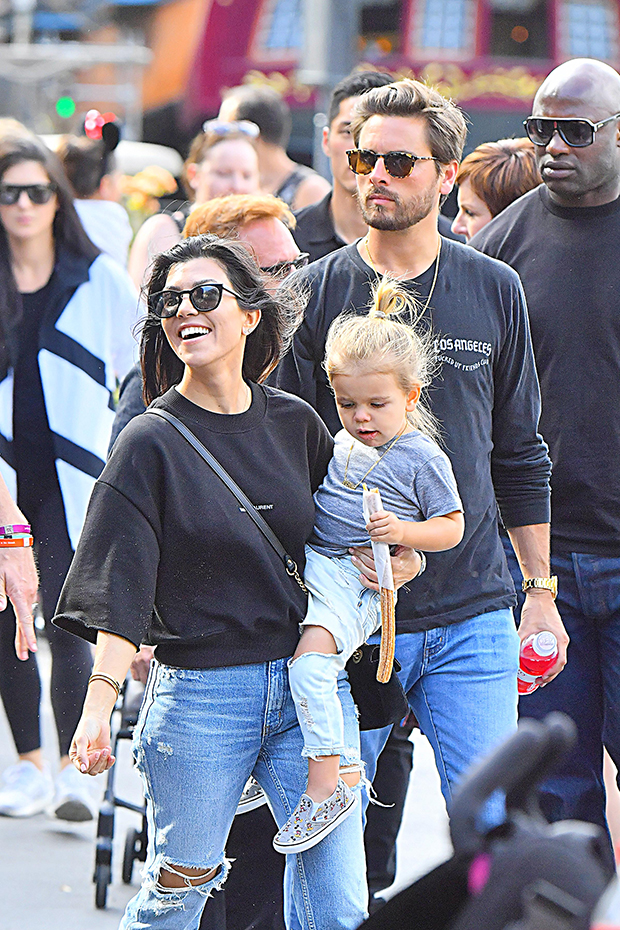 Before Kourtney and Scott moved on with their respective new romances, though, there was hope amidst the KarJenner family that the two would get back together. During summer 2020, after Scott ended his three-year relationship with Sofia Richie, Kourtney’s sisters, Kim Kardashian and Khloe Kardashian, even tried to set Kourtney and Scott up by planning a romantic date night for them.

While the gesture didn’t work, previews for next week’s episode of Keeping Up With the Kardashians show Scott’s continued efforts to win Kourtney back. In the sneak peek, he even tells her that he “loves” her, and broaches the subject of marriage. The whole situation appears to make Kourtney uncomfortable, so we’ll have to see how it plays out when the show airs on April 22 at 8:00 p.m. on E!