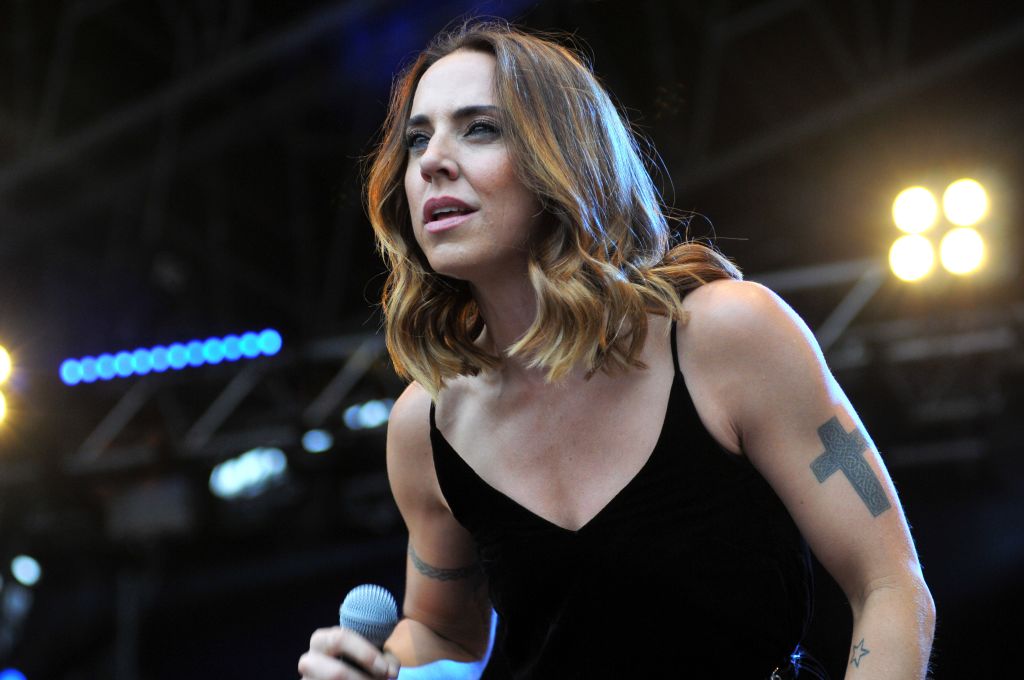 Spice Girls star Melanie Chisholm has revealed there were times in her life where she used to ‘wish she was a lesbian’.

Opening up about her sexuality, the singer, 47, said people have always speculated over whether she was a lesbian – something she says she ‘never gave much thought’.

Mel C – who has been dating partner Joe Marshall for nearly six years and is mum to daughter Scarlet, 11, from a previous relationship – insisted in a new interview that she ‘doesn’t mind’ people speculating about her sexuality.

Speaking to Closer magazine, Mel explained: ‘I have friends who have only got to know me later on and they’re like, “There was no question in my mind that you were a lesbian.”

Mel did add that she does feel ‘very much a part’ of the LGBTQ+ community.

‘I work a lot with the LGBTQ+ community and I very much feel part of that community, even though I really don’t fit into any of those labels,’ she said.

‘But, I really don’t mind being called a lesbian. There have been times in my life where I’ve thought, “I wish I was a lesbian.”‘

Earlier this month, it was revealed that Mel has joined The Voice Kids as a new celebrity coach.

She will be replacing Paloma Faith, who is pregnant with her second child, and will join fellow coaches Danny Jones, will.i.am and Pixie Lott on the series.

Mel found fame in iconic group Spice Girls, alongside Victoria Beckham, Emma Bunton, Mel B and Geri Horner in the late 90s, with the five-piece going on to become the best-selling girl group of all time.

Opening up about being in the spotlight, Mel added: ‘Our world completely changed, and you’re dealing with intrusions into your personal life and hearing everybody’s opinion on you – a lot of it is quite harsh and cruel sometimes.’

Last year, Mel addressed the sexism that the girls faced while breaking into the music industry and how it spurred them on to chase success.

‘We started writing about girl power because we were experiencing sexism in the industry,’ she explained on Jessie Ware’s Table Manners podcast.

‘Five girls, we wanted to be famous, we wanted to be pop stars and quite quickly we were being told that girl bands don’t sell records. You can’t be on the front cover of magazines because girls buy records by boys. And we were like “seriously, do not say that to the Spice Girls that’s like a red rag to a bull.”

‘That’s when we started talking about girl power and we knew we actually had a really important point to prove, and it was great because it gave us a fire in our belly.’

All The Things You Probably Never Knew About Kitchen Nightmares