The 2021 Grammys are almost over, and Taylor Swift is walking away as not just a winner, but a history maker too.

The artist took home one of the biggest honors of the evening for her work on folklore: Album of the Year. She is now one of four artists to net a trio of Album of the Year wins during her career and is the *only* female solo artist of the bunch. (She previously won it in 2010 for Fearless and in 2015 for 1989.) This win cements Taylor alongside Frank Sinatra, Paul Simon, and Stevie Wonder as one of the Grammys greats.

Obviously, this is huge! While on stage, Taylor thanked her collaborators before mentioning her longtime boyfriend, Joe Alwyn. 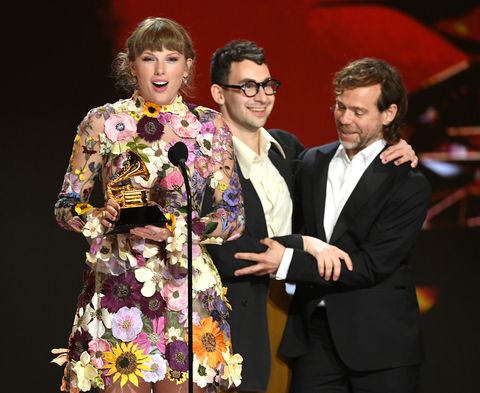 “[Thank you to] Joe, who is the first person that I play every single song that I write. I had the best time writing songs with you in quarantine. I want to thank James, Inez, and Betty, and their parents [Blake Lively and Ryan Reynolds], who are the second and third people I play the songs I write.”

She then thanked her fans and the Recording Academy. Winning Album of the Year is a BFD, even for a singer of Taylor’s caliber. It recognizes “artistic achievement, technical proficiency and overall excellence in the recording industry, without regard to album sales, chart position, or critical reception,” which, yes, folklore fits this to a tee.

Unlike Record of the Year, Album of the Year awards more than one track, making it the biggest trophy an album can win in a general category at the Grammys.

When Taylor took home the honor back in 2015 for her album 1989, she addressed those who doubted her talent and hard work throughout the years. 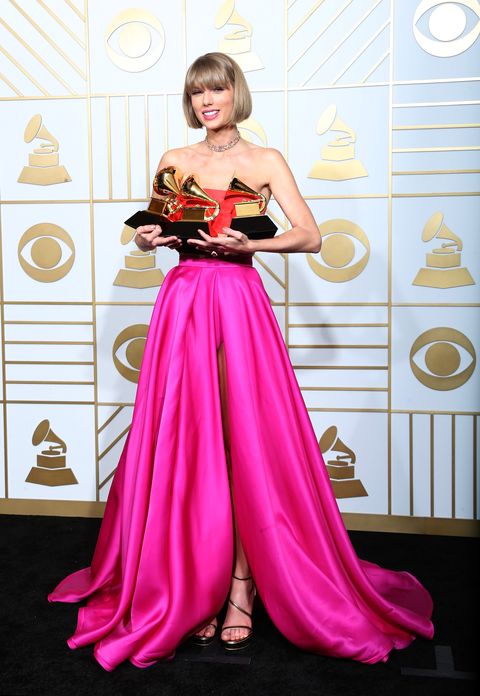 “As the first woman to win Album of the Year at the Grammys twice, I want to say to all the young women out there: there will people along the way who will try to undercut your success or take credit for your accomplishments or your fame, but if you just focus on the work and you don’t let those people sidetrack you, someday when you get where you’re going you’ll look around and you’ll know that it was you and the people who love you who put you there, and that will be the greatest feeling in the world. Thank you for this moment.”

Love every little thing about awards season? Same same same. You can find all of our awards show coverage here.

Get 13 issues of OK! Magazine delivered to your door for just £13 – or free for 14 days on tablet

There's Only One Right Way to Clean a Grill