Vernon Kay, 45, who is married to Tess Daly, took to Instagram to rant about the illegal fly-tipping move, which prompted many of his 115,000 followers to comment. The television presenter shared a picture of the fridge and treadmill.

What is wrong with people?

He captioned the snaps: “Some fly-tipping W***** obviously had enough of the ‘New Year New Me’ idea and decided to dump the fridge and the treadmill at the side of the road.

“Would have cost £10 to take to the tip will cost the council a lot more to shift it.”

Many of the star’s fans were left outraged with the illegal move, with one writing: “Total disgrace!”

A second commented: “What is wrong with people?” 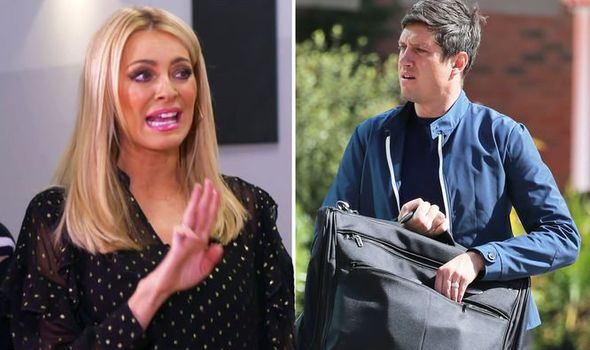 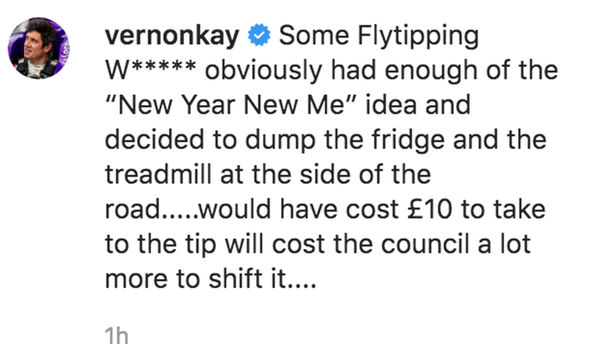 Fly-tipping is the illegal disposal of waste without a waste management licence, where culprits can be prosecuted.

Those who are caught fly-tipping can face a fine of up to £50,000 or 12 months imprisonment if convicted in a Magistrates’ Court.

Elsewhere, Tess’ husband Vernon recently opened up about advice he gave to the couple’s daughters. 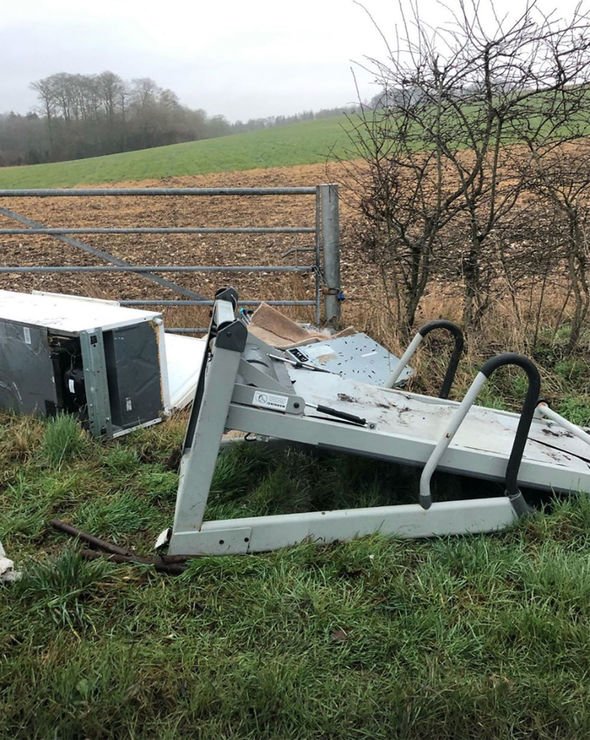 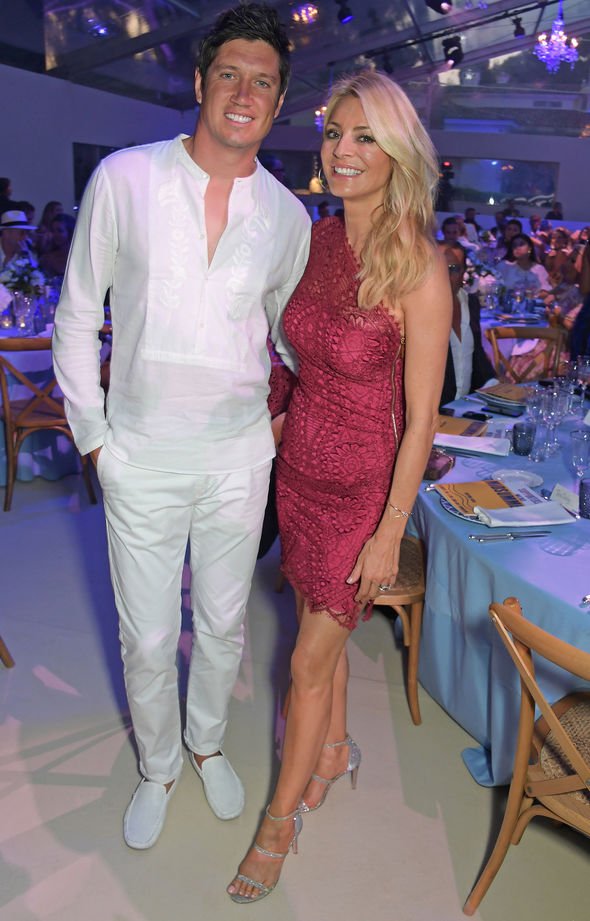 Speaking on the Jeremy Vine show recently, Vernon told the host the warning he gave to his children about social media.

In a discussion about parenting and social media, he said: “I think you’ve got to really open and honest.

“You’ve got to remind your kids that the one thing you can’t get back is your dignity.

“I think in this day and age where everything is digital, once it gets out on the digital high it’s there, it’s out there.

“I think that’s the key, that they have to have self-respect. it’s difficult to teach.

Tess has previously opened up about how she protects the pair’s children.

As part of her campaign with O2 and NSPCC to launch the Net Aware site, she revealed: “I know how difficult the topic of online safety can be between parents and their kids.

“It’s our job as parents to do all we can to make sure our children know about staying safe online.

“And, to make sure we have open conversations with them so they feel comfortable asking questions they might think seem awkward.”

The Jeremy Vine Show airs weekdays from 9.15am on Channel 5.

Pixel 4 has a serious problem with Google Maps, Waze, and Pokémon Go

Golden Globes 2019: What the Winners Mean for the Oscar Race