Home » Celebrities » 'The Bachelorette': Hannah Brown Speaks Out Against Racism After Getting Bashed for Saying the N-Word

Former Bachelorette Hannah Brown has had a pretty spectacular fall from grace in recent weeks. She went from being America’s sweetheart from The Bachelorette to being almost completely canceled after she said the N-word on Instagram Live. After fans called her out for saying the word, she half-heartedly apologized. But now that racial tensions in America are at an all-time high following the murders of Ahmaud Arbery, Breonna Taylor, and George Floyd, Brown has decided to speak out once again. 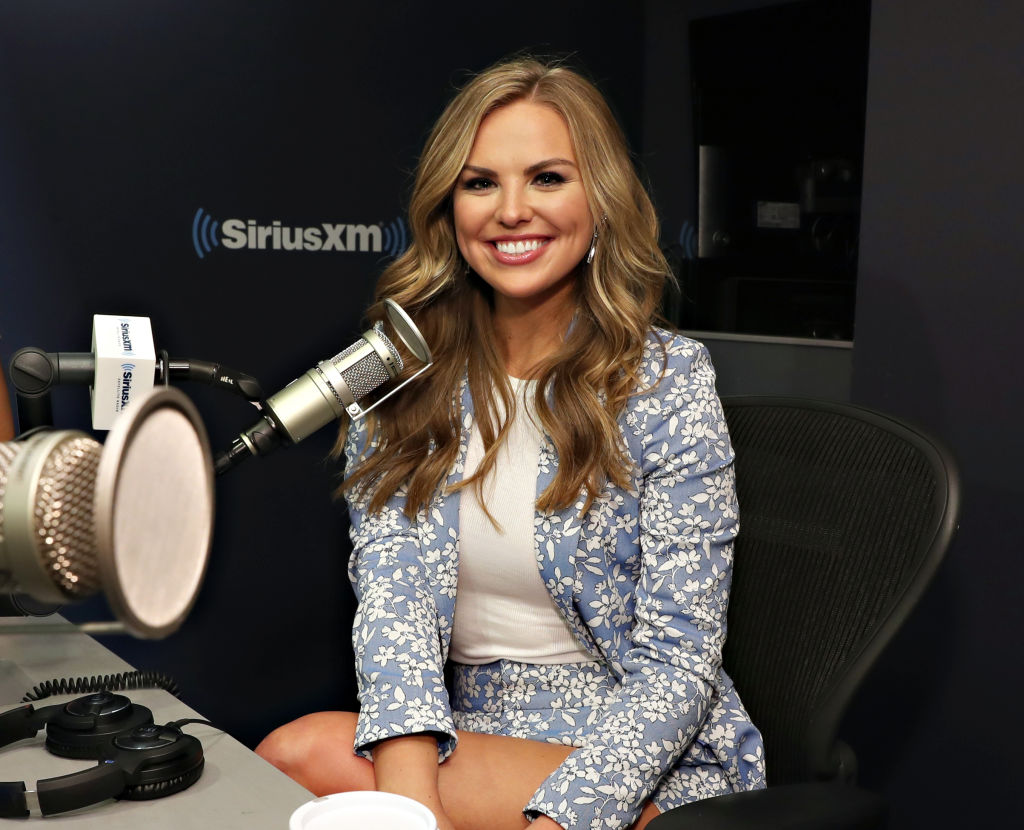 RELATED: ‘The Bachelor’: Why Hannah Brown Is Having Trouble Dating

While in quarantine due to the COVID-19 pandemic, Brown has taken to posting a lot of TikToks. When trying to remember the TikTok dance to “Rockstar” by DaBaby in an Instagram Live, Brown sang along to the song, including the n-word.

When fans called her out on it, she giggled and apologized.

“I don’t think I said that word, but now I’m like… Oh god. I’ve never used that word,” Brown said. “I’ve never called anybody that… You can think I’m something that I’m not, but I’m not that.”

Later, she posted an apology to her Instagram story.

“I owe you all a major apology,” she said. “There is no excuse and I will not justify what I said.”

TFYMW you wake up and pretend like you’re planning something fun, when really you know you’re gonna do the sameee dang thing you did yesterday. 😄

“I have read your messages and seen the hurt I have caused,” she continued. “I own it all. I am terribly sorry and know that whether in public or private, this language is unacceptable. I promise to do better.”

The nation has been in turmoil over the last week after a video began surfacing showing Floyd being murdered by a police officer. Since then, protests have sprung up all over the world. Brown saw this as an opportunity to speak up again.

“I have some things and responsibilities that I need to take account for…I was on a run and I just can’t stay silent anymore,” she said in an Instagram video.

“I tried to defend myself but between being intoxicated — which I’m also not proud of — and just being embarrassed and confused, I just made it a whole lot worse,” she said. “I was embarrassed, I was disappointed and I just felt so much shame on me.”

Brown hopes that her situation will be a part of a longer conversation.

“[My first] apology was from my heart and in my own words but it was never ever supposed to be the end of the conversation, it was just the beginning,” she said. “But I knew if I wanted to be from my sincerest self and I had to put in some work and I had to go through a process and I think that’s why people are like, ‘Why now?’…the truth is I had a lot that I had to figure out and it is abnormal what I did. What I did, I don’t want it to go away.”