Sunny Hostin put Van Jones in the hot seat as she questioned his advocacy work in the Black community while also saying Donald Trump has done ‘good things.’

Sunny Hostin, 52, wanted some answers from CNN’s Van Jones, 52. During his appearance on The View, the I Am These Truths author addressed Van’s simultaneous “support” of Donald Trump, 74, while also being an advocate in the Black community. “Van, you spend a lot of threading the middle and trying to unite people. But there are those who accuse you of being a political opportunist — a chameleon, so to speak,” she began, noting he had provided “racial coverage for disgraced, twice-impeached President Trump.”

“You said, ‘Donald Trump — and I get beat up by Liberals every time I say this — he has done good stuff for the Black community. Opportunity zone stuff, Black college stuff. There’s a side to Donald Trump that he doesn’t get enough credit for,’” Sunny went on before bring up Van’s emotional viral moment in which he cried after President Joe Biden, 78, was elected. In the poignant live clip, which aired on CNN, Van said that it was “easier to be a parent now” and that the “truth matters.” Sunny then asked, “People in the Black community don’t trust you anymore. What is your response?”

The lawyer then clarified his past comments to Sunny.  “I don’t think that’s true. The entire quote I said was that Trump has done a lot of good stuff that he doesn’t get credit for. But what I then I went on to say is the reason he doesn’t get credit for is because he’s done all this horrific stuff and it completely erases what he’s done,” he explained, blaming social media for focusing on a short part of his comments. 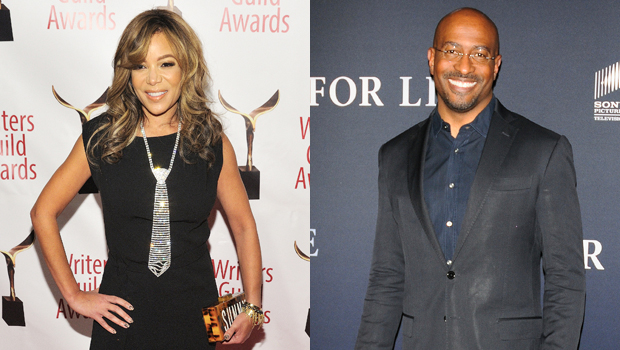 “What happens is social media will take the clip, but not show the full context. What I will say is this: my entire life has been about bringing people together to solve tough problems for people that don’t have anything,” Van — who has been an activist for prison reform, working with others like Kim Kardashian, 40, said.

“I’ve spent 25 years fighting against the prison system. I’ve helped close 5 abusive prisons and by working with Republicans at the local, state and federal level — and yes, including Trump administration — I’ve helped pass 18 by-partisan bills,” he added. We’ve got 14,000 people out of the federal prison system — we’ve got 70,000 human beings suffering in prison systems due to COVID-19.”

In another part of the interview, Ana Navarro brought up a photo of Van with right-wing activist Candace Owens — questioning if association with Van could help give her “legitimacy.” Van once again defended his actions, saying he takes “smiling pictures with lots of people. I’ll take pictures with anybody. Laws are more important than people.”

BT, Virgin Media and Sky beaten in latest broadband tests…so who is the best?