Home » Celebrities » Tiger Woods In ‘Good Spirits’ After Having 2nd Surgery Done On Leg Post-Crash: It Was ‘Successful’

Tiger Woods was ‘moved to Cedars Sinai Medical Center’ in Los Angeles, CA, where he ‘received follow-up procedures’ on the morning of Feb. 26, according to his official Twitter account.

Tiger Woods, 45, is awake and “recovering” after a car crash that resulted in reportedly serious injuries to one of his legs. The professional golfer’s official Twitter account released an update on his condition on the afternoon of Feb. 26 and it brought on a sigh of relief from all those affected by the serious situation. “Tiger has been moved to Cedars-Sinai Medical Center and received follow-up procedures on his injuries this morning,” the statement began.

“The procedures were successful and he is now recovering and in good spirits,” it continued. “Tiger and his family want to thank you all for the wonderful support and messages they have received over the past few days. We will not have any further updates at this time.”

Once the statement was published, it didn’t take long for Tiger’s followers to respond with well wishes and feelings of hope. “The world literally wishes for you a complete recovery. I am so saddened by what you are going through. But truly pray that you will find the strength to get through this. Be strong. Golf is nothing compared to your family and your life,” one follower wrote. 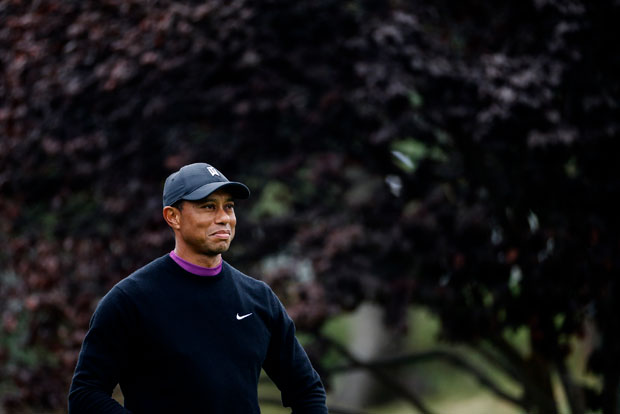 “Keep strong tiger you have your amazing family round you to support you every step of the way. Keep strong my friend and I know you will come back even stronger Get well soon champion,” another wrote while many more left red heart and trophy cup emojis.

The latest update about Tiger comes three days after he was involved in the single car crash in his SUV. After the shocking accident, it was revealed that he had “significant orthopedic injuries to his lower right extremity (leg) that were treated during emergency surgery by Orthopedic trauma specialists at Harbor-UCLA Medical Center”, in a statement by his team.

They also revealed he had “comminuted open fractures affecting both the upper and lower portions of the tibia and fibula bones” that were stabilized by “inserting a rod into the tibia. Additional injuries to the bones of the foot and ankle were stabilized with a combination of screws and pins.”

Although Tiger’s injuries required surgical treatment, which will follow up with an unspecified amount of recovery time, a source told PEOPLE that he’s hoping it won’t end his golf career. “He doesn’t want his career to end like this,” the source said. “So if there’s any way at all that he can continue playing golf, he will.”

The source also revealed that the athlete was “frustrated” after his most recent accident because he had to undergo back surgery in Dec. “He expected 2021 to be the year of his comeback,” the source explained. “Obviously, that’s not going to happen now. And that’s disappointing to him. This is a massive setback and he knows that it’s a massive setback but he’s overcome obstacles in the past and thinks he can do it again.”

Thought Nokia’s £99 phone was cheap? Wait until you see what O2 just announced