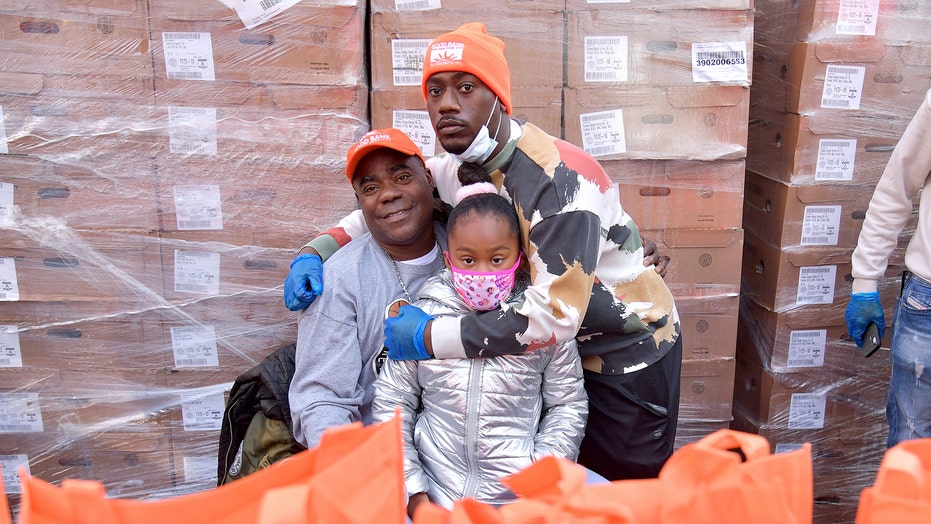 Tracy Morgan is giving back to his community.

The "30 Rock" star handed out 1,200 turkeys for Thanksgiving at the Mott Haven Community Center in the Bronx on Tuesday.

The birds were provided by the Greater New York Automobile Dealers Association.

Morgan also volunteered at the Food Bank for New York over the weekend and returned to Brooklyn’s Tompkins Houses, near where he grew up in Bedford-Stuyvesant.

There, he handed out over 1,000 turkeys and side dishes with the help of his children, son Tracy Jr., 29, and daughter Maven, 7.

“I’m happy to be able to give something back to the community,” Morgan said according to The Brooklyn Paper. “I’m glad I can help these residents, and make life easier for the community knowing they have food.”

Councilman Robert Cornegy added how “this means everything to have people from the communities that they were raised in, to come back and recommit themselves to families, friends, and children, [that’s] the greatest inspiration we need."

"During this very tough time, the pandemic has exacerbated every single inequity that we have, so having people ready willing and able to come back and commit themselves, through word and through deed, and to bring other people along is amazing," Cornegy continued.

Morgan joins other celebrities in helping out families who are struggling this holiday season. 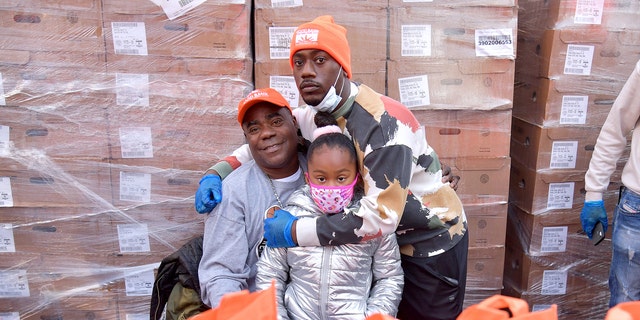 Movie mogul Tyler Perry donated food and money to thousands of needy people in his community of Atlanta, Ga., ahead of Thanksgiving.

The actor, writer and producer announced on Thursday that Tyler Perry Studios, his Atlanta-based film and TV hub, was going to be giving away nonperishable food items as well as $25 gift cards to the first 5,000 families in need who drove through.

‘Don’t agree with everything done in every country’: Andrews fends off human rights concerns over Chinese train builder