Laurel Hubbard‘s historic appearance at the Tokyo Olympics did not have a fairytale ending … the transgender weightlifter did not medal in her event Monday.

Hubbard — competing for New Zealand — attempted to snatch more than 250 pounds over her head … but failed on all three reps.

In her first, a 264-pound lift, she could not stand up the weight, sending the bar behind her back. Her second lift, a 275-pound snatch, was ruled a “no lift” by judges.

Her third and final lift, another attempt at 275 pounds, was unsuccessful as well … and she was bounced from the event. 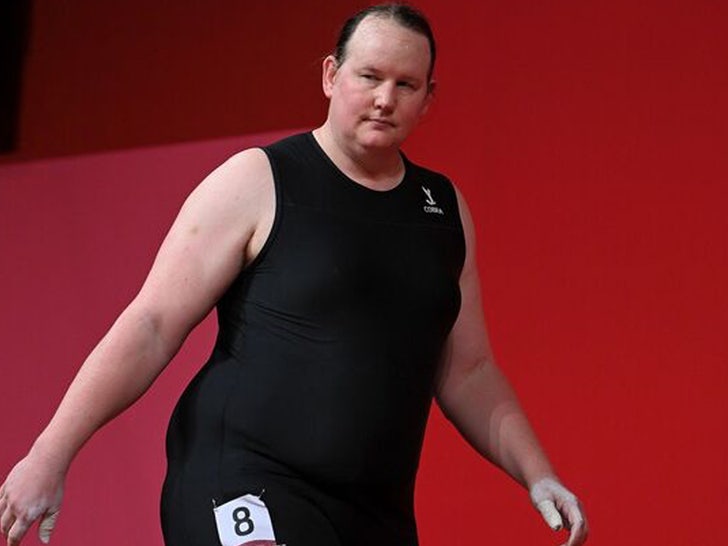 Hubbard tapped her chest and made a heart gesture with her hands before leaving the competition floor.

“Thank you so very much for your interest in my humble sporting performance tonight,” Hubbard said afterward. “I know from a sporting perspective I did not live up to the standards I put upon myself.”

Still, despite the early exit, Hubbard’s performance was groundbreaking … as the 43-year-old — who transitioned 8 years ago — became the first-ever transgender person to compete in the Games.

Of course, Hubbard’s inclusion in the event did not come without controversy. As we previously reported, Hubbard had competed in men’s weightlifting competitions before she transitioned, and critics called her inclusion unfair to other athletes.

“I know my participation in these games has not been entirely without controversy,” Hubbard said, before adding International Olympic Committee officials have “been extraordinarily supportive and I think that they have reaffirmed the principles of the Olympics that sport is something that all people around the world can do, that it is inclusive and successful.”

The IOC, meanwhile, vowed on Sunday to unveil a new policy regarding the inclusion of transgender people in the Games following the Tokyo Olympics.

Who is Yulia Skripal and the two named Russian suspects of the Salisbury nerve agent attack? – The Sun