Walter Olkewicz, an actor who starred in the original “Twin Peaks” series in the ’90s, has died. He was 72.

Olkewicz’s son, screenwriter Zac Olkewicz, confirmed he died on Tuesday at his home in Los Angeles, Calif. to The Hollywood Reporter.

Olkewicz suffered health issues for the last two decades. He underwent multiple knee surgeries that led to infections, his son told the outlet. These health setbacks are what led to him stepping away from acting.

He portrayed Jacques Renault, a croupier and bartender as well as the brother of Michael Parks’ Jean and Clay Wilvox’s Bernie on the TV series in 1990. In 1992, his character apepared on “Twin Peaks: Fire Walk with Me” and again in 2014’s “Twin Peaks: The Missing Pieces.” 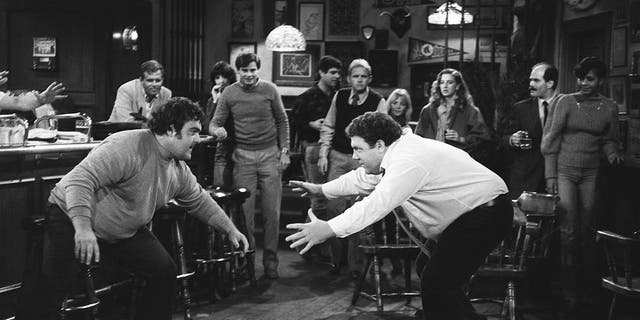 Olkewicz’s final acting credit came in 2017 for Showtime’s reboot of the series.

“It was his first role in almost 15 years, and he did it all from behind a bar to cover the fact that he couldn’t stand,” his son told THR.

Olkewicz was born in Bayonne, N.J. His onscreen debut came in 1976 in “Futureworld.” He starred in the movies “Making the Grade,” “The Big Picture,” Stuart Saves His Family,” and “Par 6.”

He held other memorable roles such as portraying an oil refinery worker Dougie Boudreau on “Grace Under Fire” during its first four seasons. Olkewicz was also cast in Steven Spielberg’s “1941” and played the role of Jerome “Romey” Clifford in director Joel Schumacher’s “The Client.”

Olkewicz also made appearances alongside other well-known artists on television. He starred in NBC’s “Partners in Crime” in 1984 opposite Lynda Carter and Loni Anderson and played a character on Dolly Parton’s ABC variety show in the late ’90s. He also had a role in CBS’ “Wizards and Warriors” in 1983 alongside Jeff Conaway.

The actor was known as Tiny McGee on “Who’s the Boss?” and starred in “Night Court” as Walter Plimp. He may also be remembered by “Seinfeld” fans as the character Nick the cable guy, who appeared in a 1996 episode titled “The Cadillac.”

His other television appearances include spots on “Taxi,” “The Rockford Files,” “Married…With Children,” “Moonlighting,” “Murder, She Wrote,” and “The Blue and the Gray,” among others.

The outlet notes he leaves behind his son, daughter-in-law, Katrina Rennells, and grandchildren.

Blue-state guvs like Cuomo, Whitmer in a race to the authoritarian bottom