Home » Celebrities » Tyler Perry: ‘We need to have a landslide out voting for Joe Biden’ 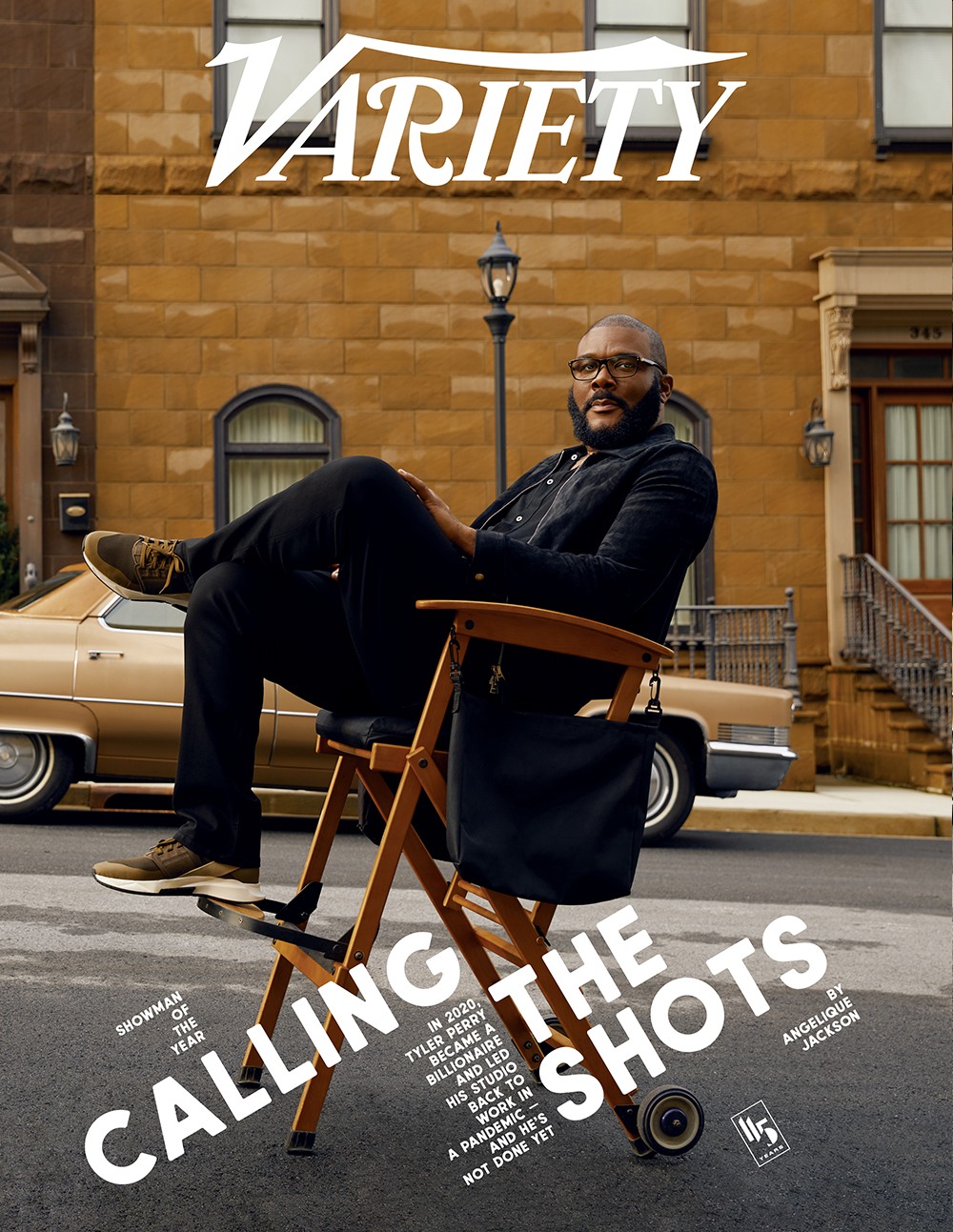 Tyler Perry covers the latest issue of Variety, where they declare him the “Showman of the Year,” a weird distinction because it’s literally October and most of Tyler’s work in recent years has been behind the camera, not in front of it (like a showman). But Tyler takes what Variety gave him and turned it into a fascinating cover interview. Perry is in the elite club of Black Billionaires, and this year, he was also one of the first producers/directors to start production back on his many projects during the pandemic. Perry figured out a way to isolate cast and crew and get everyone tested for coronavirus on a regular basis and as far as anyone knows, it worked and everyone stayed safe. Perry also uses this Variety interview to talk about the years-long drama he had with Spike Lee, and about politics. Perry rarely speaks about national or state politics, but he’s endorsing the Biden-Harris ticket in this piece.

On the Trump years: “We’ve all been drafted on the worst reality show that’s ever been produced, and none of us have been paid for it. For the last four and a half years or so, we have been dragged through the wringer, and it is completely exhausting. So many people are exhausted at the division, at the hate, at the pandemic — people are just exhausted and angry and frustrated. And if the people who bring hope [and] positivity give up, then the world has lost its balance. Negativity screams, and positivity whispers. So we just need more whisperers to help people. I know this sounds cliché and some people may think it’s bulls—, but the truth is, I’ve lived long enough and experienced enough good and bad to know that good wins when everybody pushes in that direction.”

On Spike Lee’s criticism that Perry’s work is “coonery and buffoonery”: “If any criticisms stung, it would have been his, because I had so much respect and admiration for him,” Perry says. Indeed, in naming the 12 soundstages at his studio after Black Hollywood icons, Perry reserved one for Lee. “People’s opinions are their opinions, but that doesn’t negate the fact of the work that he’s done. And he’s due the honor of having a stage named after him and more than that,” he says. Explaining how the two reconciled, Perry says Lee called him after seeing an interview on “Oprah” where Perry talked about the historic feud between Zora Neale Hurston and Langston Hughes, in which Hughes called Hurston “a perfect ‘darkie.’” That interview prompted Lee to make the trek to Atlanta to talk things over. I opened the door. I said, ‘Come in here, so I can beat your ass.’ And [Lee] said, ‘Fair enough.’ And we sat and we had a conversation. … He laid out his views and his opinions, which I respected. And he heard mine, and he respected them. So we can both exist in the same world with very different views and opinions and still respect each other.”

More Black talent is being hired across the board: “Ten or 15 years ago, I could call any Black actor from Idris Elba to Viola Davis and Kerry Washington — they were all ready to go to work. But now it’s like, ‘Oh, their schedule is [booked] out two years. There’s this surge of Black is in, hire Black and diversity is in.”

Supporting Biden-Harris: “I really, truly don’t want to get political. What I want people to do is vote because everybody has very strong opinions about this. As do I. I have very, very strong feelings about the current administration. I have very strong feelings about a lot that’s going on. But I’m neither Democrat [nor] Republican — I’m an independent thinker. I vote for who I think is best to run the country.” Perry may avoid party affiliations, but that doesn’t mean he’s unwilling to take a stand. This election cycle, he’s using his considerable influence to support the Biden-Harris ticket. He’s been actively involved in voter registration behind the scenes and is reaching out to his audience to get it engaged.

He’s endorsing Biden-Harris for his 5-year-old son, Aman. “If it were just me, I could step back and maybe have a different opinion. But I want him to be able to go to the national parks and they’re not drilling inside of them, to be able to turn on a debate and see two men stand professionally, giving each other the respect to finish their two minutes that they’re allotted and not talking over and screaming at each other. If you want more of the same, then you vote the way that you did in 2016. If you want something different, then we need to have a landslide out voting for Joe Biden.”

His quotes about what he wants his son to see reminded me of Hillary Clinton looking into the camera in 2016 and saying that “our children are watching.” Yes, the kids have been watching this whole time. They went from seeing Barack Obama, a man of decency and compassion, to this utter white supremacist sh-t show. Also: I had no idea that Perry and Spike Lee worked out their issues, that’s interesting. I kind of wonder if a third party – like Oprah? – brokered the peace.

My new favorite thing is women unexpectedly thirsting over this photo of Tyler.