Viola Davis is absolutely radiant at the 2021 Oscars. All eyes are on the Best Actress nominee as she arrives on the red carpet at Union Station in Los Angeles for her big night.

Davis is looking regal in a white Alexander McQueen gown, featuring an intricate floral motif cut-out design on the bodice and a flowy skirt. She accessorized with a matching clutch, Forevermark white gold fine jewelry and satin Stuart Weitzman heels. The star styled her Oscars dress with a striking mohawk-style updo, smoky eyes and a petal pink lip.

This year’s nomination for her portrayal of blues singer Ma Rainey in Ma Rainey’s Black Bottom, an adaptation of the August Wilson play, is Davis’ fourth Oscar nomination. If she takes home the statuette tonight, it would mark the acclaimed actress’ second Academy Award. She won her first Oscar in 2017 for her performance in Fences — also based on August Wilson’s play —– in the Best Supporting Actress category. 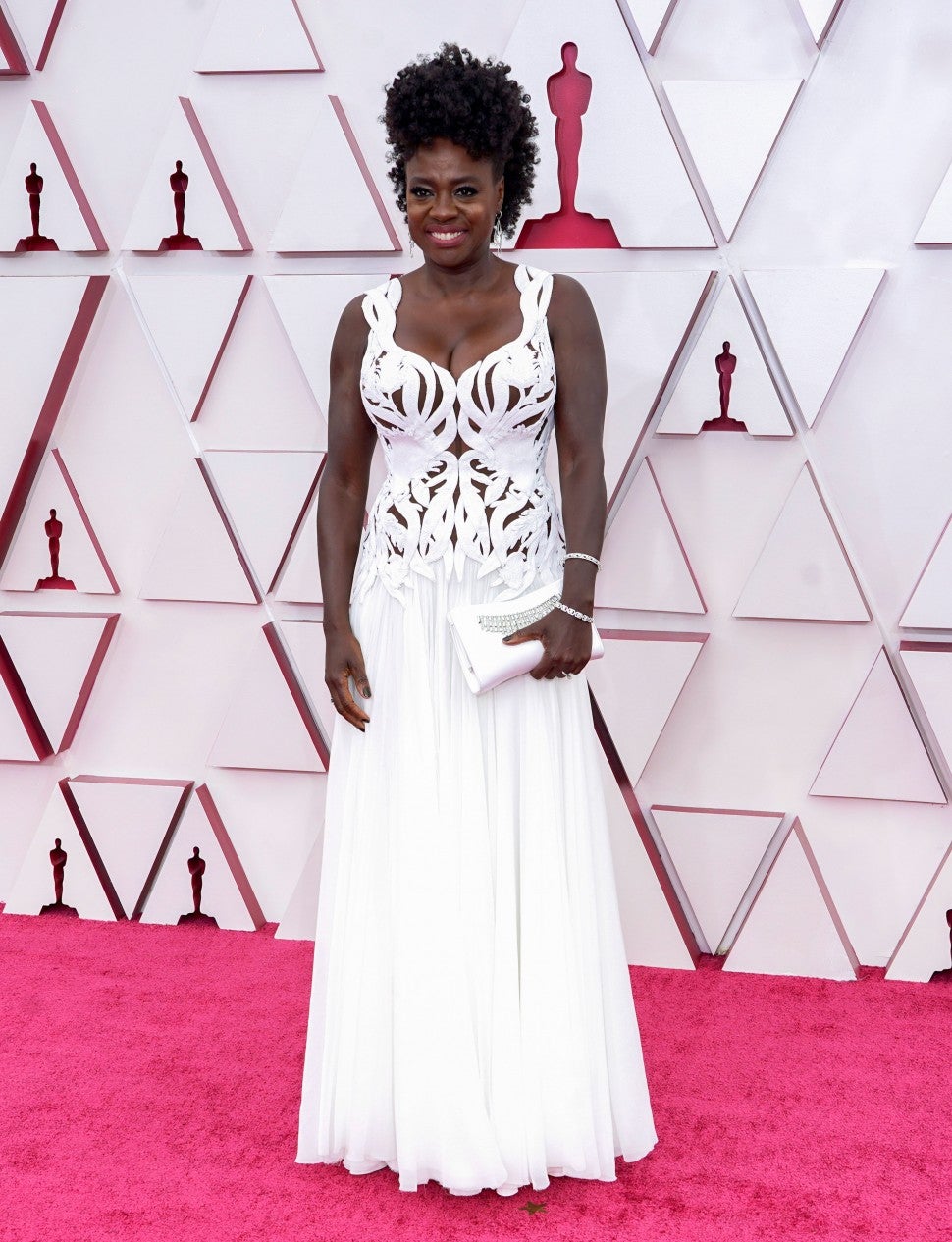 The 55-year-old star has countless awards to her name, and Davis explained to ET in February that every nomination continues to be an honor.

“I’m in a profession that has a 95 percent unemployment rate. Point zero four percent of actors are famous,” she said. “So, when an actor says, ‘I feel grateful to be nominated,’ you’re absolutely right. It’s miraculous — it really is — that I’ve gotten this far and getting these award nominations is proof positive.”

Davis’ late co-star, Chadwick Boseman, is also nominated for an Oscar tonight in the Best Actor category. The actress spoke on the incredible work the actor put into his role as trumpet player Levee Green.

“Chadwick Boseman deserves it,” Davis says of the accolades he has posthumously received for his performance in the film. “This is someone who did the work, who learned the trumpet. I mean, those long three, four-page monologues, are you kidding me? He did the work, and he did an extraordinary job.”

Follow along at ETonline.com for all our Oscars live updates, including the Oscars winners list, updated as trophies are handed out.

Fast and the Furious spin-off filming in Glasgow

‘No one could speak to her’: A lonely end to a long and full life