As much as the world wants Damon Lindelof to return and take control of season 2 of HBO’s Watchmen, he just won’t budge — even after the series won the top Emmy limited series prize for a total of ten trophies.

“It would feel like a huge betrayal of winning limited series to come back and say ‘it was only a limited series’,” teased Lindelof about Watchmen‘s future.

“Watchmen is something I’ve loved since I was 13 years old. Someone else created it, and this was my run on it. I’ve invited any other artist who wants to take the baton,” said Lindelof sticking to his guns. 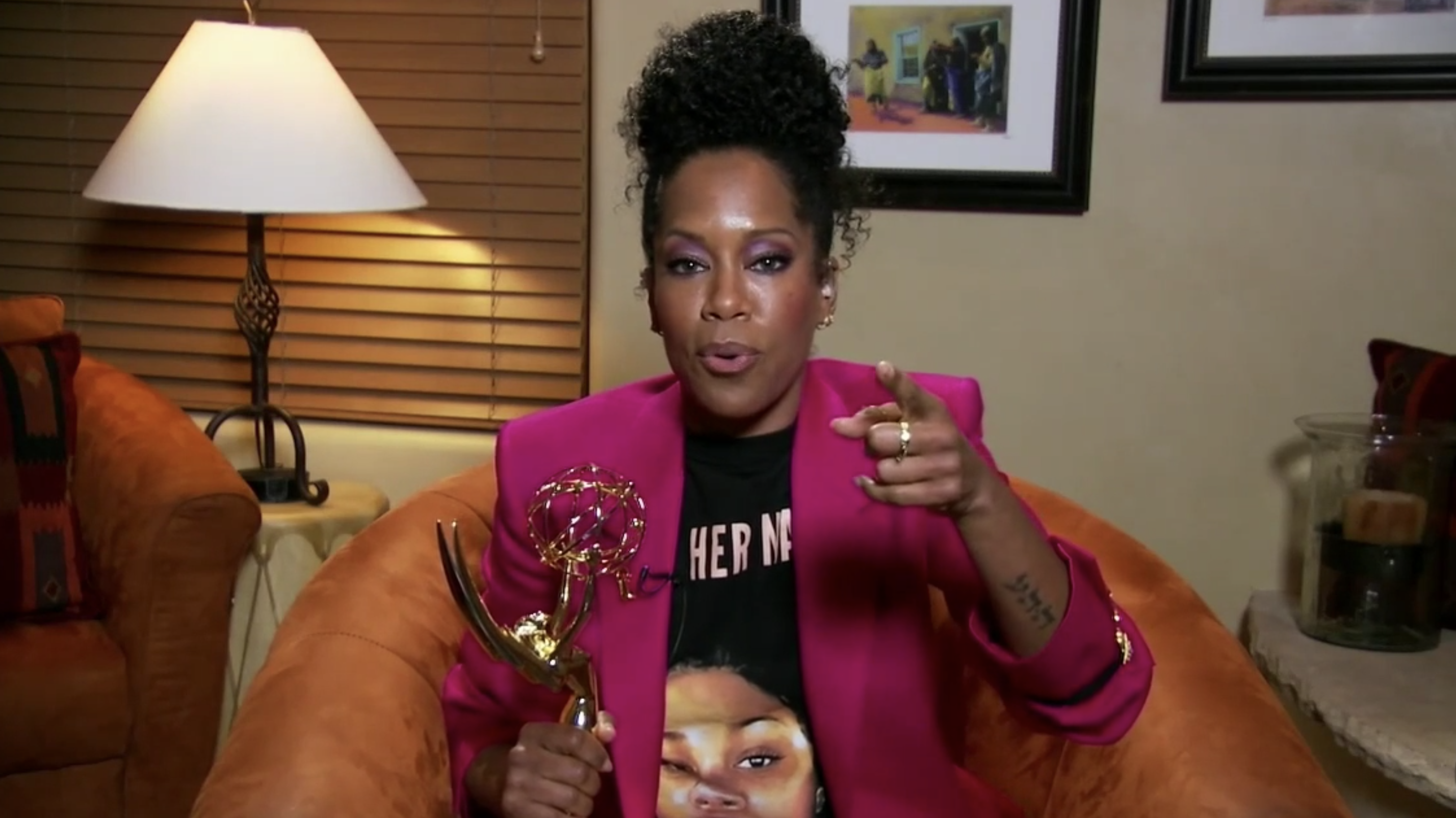 Well, what about Watchmen limited series lead actress winner Regina King? Her feature directorial debut One Night in Miami just made its world premiere at the Venice Film Festival followed by a stop at TIFF. While Lindelof said he’d love to work with her again, King has no plans of taking control of Watchmen in season 2.

“If I would do it again, it would be with Damon. So there’s no conversation about a future of Watchmen just right now. It’s just about settling and enjoying this strange moment,” said King in the virtual backstage Emmy press room about her fourth Emmy win. “We’re coming to a close on this chapter of the Watchmen series. It’s bittersweet and emotional.”

Lindelof shared his inspiration for Watchmen which stemmed from reading Ta-Nehisi Coates’ Between the World and Me and the author’s The Atlantic article “A Case for Reparations” about the 1921 Tula race massacre. “That shocked me on two levels, one that this happened in America and that it had been erased. I started feeling like is there anything I can do to let people learn about this. I tell weird sci-fi genre stories and was there any way I could take this real life history to a larger audience and Watchmen became that vessel.”

“It was a perfect vehicle to talk about this forgotten atrocity,” says Lindelof.

Talking about the series about vigilantes who square off against a corrupt governed society, Lindelof says “it was about injustice, about people taking law into their own hands because the law isn’t there.”