Martin Lewis, 48, has fumed on Twitter today as he urged the Conservative government to stop launching“consultations on scams” and take action, after they announced yesterday that they would begin “tackling” online fraud “later this year”. The financial expert retweeted a post from Financial Times correspondent Josephine Cumbo, who had shared a question on online fraud and pension scams, posed to Conservative MP Bob Blackman and responded to by Minister Of State For Health, Caroline Dineage.

Martin raged in view of his 1.1 million followers: “What utter b****ks. @cj_dinenage people are losing money & having mental health destroyed NOW due to the scam epidemic!

“We know what to do, me, @TheFCA @mmhpi @WhichUK etc’ have been telling u, inc PUT SCAMS IN THE ONLINE HARMS BILL & make big tech responsible 4 scams it pushes.”(sic)

The This Morning star also clarified his comments, after some fans notified him that “scam epidemic” could also refer to COVID-19 deniers.

He added: “Some have notified me scam epidemic is used by covid deniers. I originally wrote ‘epidemic of scams’ but shortened due to character limit. 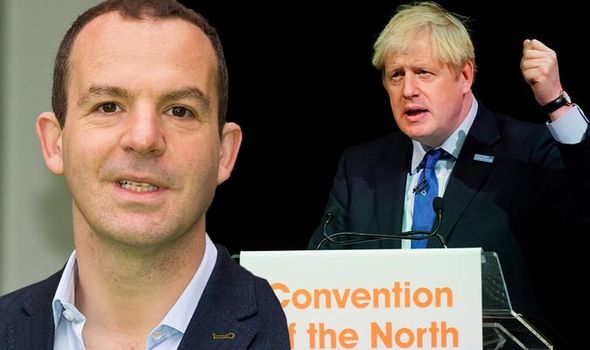 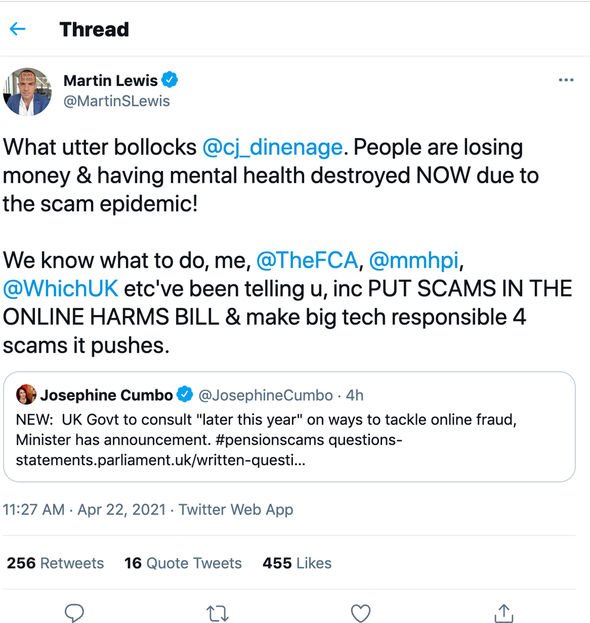 Not leaving it there, Martin later appealed to his followers to continue spreading the word about the importance of stopping scams as he retweeted his initial post.

He continued: “Pls retweet the tweet below.  The govt must stop continuing to launch consultations on scams and do something.

“Properly funding police to investigate fraud – the UK’s biggest crime – rather as now letting criminals know they get away scot-free, would help too,” he added. 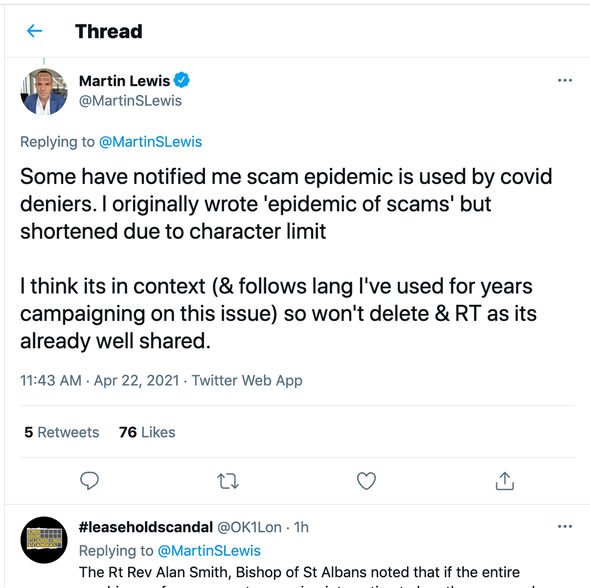 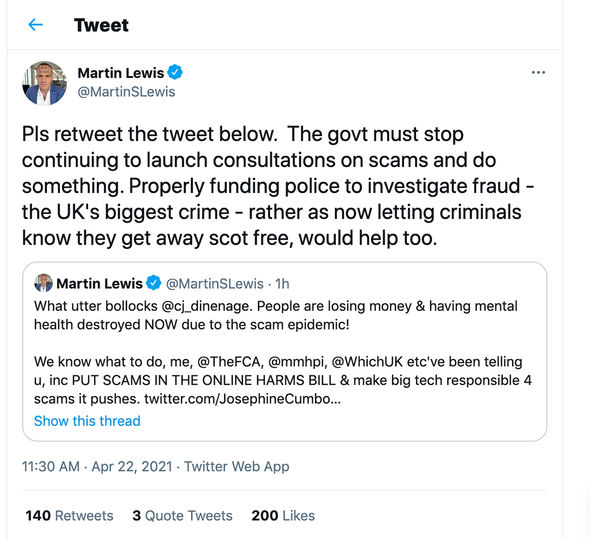 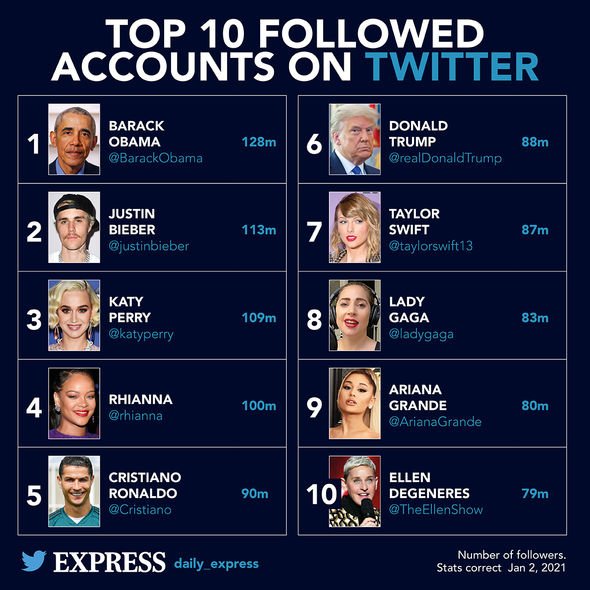 Underneath his fans weighed in on the matter, as they shared their experiences with online crime.

One said: “Martin I messaged you last week outlining a govt website that actually invites scamming through it and I was told they accept no responsibility of what is put on their website through it, but you didn’t reply. (sic)

Another replied: “Could not agree more. I hate to think how many government enquiries and consultations are running at any one time. We’re soon going to run out of red tape!”

A third commented: “Managed to intervene recently on a friend’s phone call with an ‘HMRC’ scam attempt. She was literally terrified by their threats of police arrest & huge fines. I managed to shut it down before money was taken. Vulnerable people can’t always deal with the situation.”

It comes as a question was posed to MP for Harrow East, Mr Blackman, asking “how to give online platforms a legal responsibility” to prevent scams popping up online.

“The Government is working tirelessly with industry, regulators and consumer groups to tackle fraud.

“We are also considering additional legislative and non-legislative solutions to effectively address the harms posed by all elements of online fraud in a cohesive and robust way.

“My Department is considering how online advertising is regulated through its Online Advertising Programme.

“This work will look at ensuring that standards about the placement and content of advertising are effectively applied and enforced online to reduce consumers’ exposure to harmful or misleading advertising.

“This work will look at the role advertising can play in enabling online fraud and help inform our future efforts to tackle it. We will be consulting on this issue later this year,” she added.

Martin, who runs his own website MoneySavingExpert.com, has been campaigning against online scamming throughout the pandemic, when many vulnerable people have been targeted.

Ms Dineage has been approached by Express.co.uk for comment.

Halsey & Boyfriend Yungblud Step Out for Lunch in L.A.

This Beef Jerky Calendar Is The Most Glorious Christmas Miracle

Lindsey Graham’s rival gives senator a run for his money